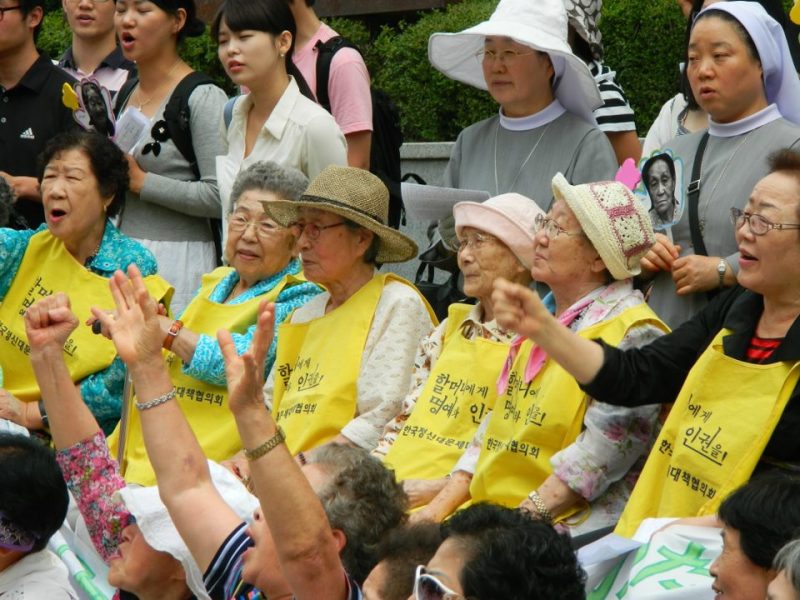 After angry emails from readers, condemnation by the international press and pushback by some of its contributors, the Japan Times has backtracked on an editorial policy that changed how the newspaper would refer to wartime forced laborers and so-called “comfort women.”

The controversy and subsequent walkback were sparked by an editor's note appended to a November 30 article in the Japan Times about a South Korea Supreme Court ruling that ordered Mitsubishi Heavy Industries to pay compensation for wartime forced labor.

The November 30 editor's note, which can still be read at the end of the article, states that the term “forced labor” and the way “comfort women” have been described in the Japan Times in the past could have been misleading:

Editor's note: in the past, The Japan Times has used terms that could have been potentially misleading. The term “forced labor” has been used to refer to laborers who were recruited before and during World War II to work for Japanese companies.

However, because the conditions they worked under or how these workers were recruited varied, we will henceforth refer to them as “wartime laborers.”

Similarly, “comfort women” have been referred to as “women who were forced to provide sex for Japanese troops before and during World War II.”

Because the experiences of comfort women in different areas throughout the course of the war varied widely, from today, we will refer to “comfort women” as “women who worked in wartime brothels, including those who did so against their will, to provide sex to Japanese soldiers.”

Women from colonized, conquered and occupied countries from across Asia were conscripted and enslaved by the Japanese military during World War II, euphemistically called ianfu (comfort women) by Japanese military authorities, have long been a source of political controversy. As well, more than half a million Koreans were conscripted by the Japanese government to work in the war effort, including mining coal and in agriculture, often under harrowing conditions.

Since the end of World War II, the Japanese government has made various efforts to move on from both issues. For example, an agreement between the governments of Japan and South Korea in late 2015 was intended to “finally and irreversibly” resolve the issue of “comfort women”, but ended up provoking widespread protests in South Korea. As well, a vocal constituency in Japan also seeks to revise historical understanding of war crimes committed by the Imperial Japanese government.

There are also hints that journalists and staff within the Japan Times itself pushed back at the change in editorial policy. Longtime contributor Arudou Debito, whose controversial columns have driven large amounts of traffic to the Japan Times since 2002, criticized the new language for “comfort women” and forced laborers in a blog post.

But it was likely a flood of email and comments from readers that forced the Japan Times to issue a full-page statement that attempted to clarify the newspaper's position on sexual slavery and forced labor on December 7, signed by executive editor Hiroyasu Mizuno:

We are informed by Sven Saaler that the Japan Times apology ran on a full page of the print edition. He gave us this snapshot. (MP) #JapanTimes pic.twitter.com/7pqpMPalvr

In the note, Mizuno stressed that the Japan Times had not changed its previous editorial policy about wartime slavery and forced labor, saying, “Given the complexity, the brief note was insufficient, and therefore led to a number of assumptions about the direction of The Japan Times.”

Mizuno later said in a separate comment that what is written in the editor's note does not mean the newspaper is banning phrases such as “comfort women” or “forced labor” and such descriptions will be used when they describe an issue in general. Style rules on whether to use the phrase or the descriptions referred to in the note “will have to be applied on a case-by-case basis” going forward in the Japan Times.

While major Japanese-language dailies all publish English editions, the Japan Times is Japan's oldest independent English-language newspaper. Ownership of the newspaper changed in 2017 when the previous publisher died. The Japan Times was acquired by digital marketing company News2u Holdings.

While the new owner has put new resources to improve the scope and quality of digital reporting and storytelling as part of a restructuring process at the Japan Times since 2017, there have been questions about the publisher's relationship with the Abe government, which is often perceived as championing a historical revisionist approach to Japan's role in World War II.

Twitter commentator Ask a Korean suggests it is myopic to focus on the nuance of words while ignoring the reality of what Koreans and others all over Asia experienced at the hands of Imperial Japan until the end of World War II:

It's a mistake to mix up factual nuance and moral clarity. We can discuss nuance all day long, but at the end of the day, it was Japan that invaded Korea and used slave labor. The discussion on culpability begins and ends with that irrefutable fact. https://t.co/XT2WmbBcuA