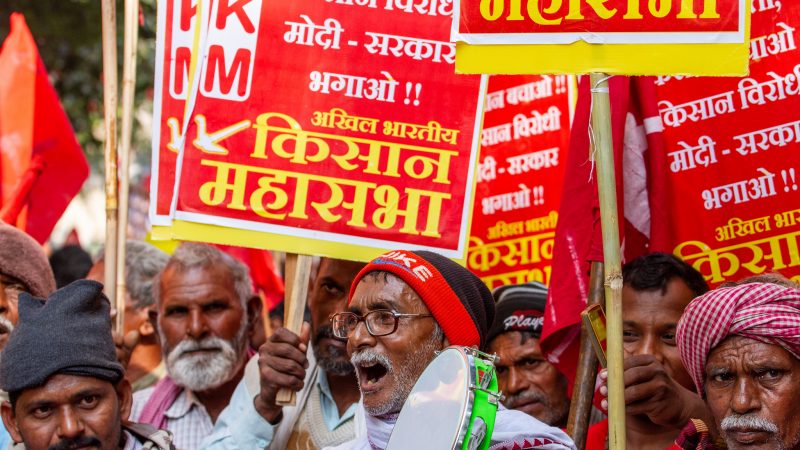 On the night of November 29, 2018, as many as 100,000 farmers from all over India arrived, via trains and tractors, in New Delhi, the country's capital. The next day, tens of thousands more marched to the parliament to draw the Central Government's attention to the deepening agrarian crisis and resulting farmer suicides.

Farmers from ACROSS INDIA march demanding their Rights, Facilities and MSP for Crops.#FarmersMarch is a Sad Reality of India.
We, Citizens of India, Support our Farmers and Their Demands.#RamlilaMaidan
Share Maximum pic.twitter.com/Hk13ghJRKL

Among other things, the farmers are asking for loan waivers and better prices for their produce.

The two-day long protest, called the Kishan Mukti March (Farmer's Freedom March), was led by the All India Kisan Sangharsh Coordination Committee (AIKSCC), a joint platform of about 150 farm organizations, formed in June 2017. A press release published on the website Dilli Chalo (Let's go to Delhi) explained that successive governments have failed to address the demands of millions of farmers. The group accused the authorities of ignoring the farmers’ plights, saying their apathy has turned into increasingly brutal antipathy. 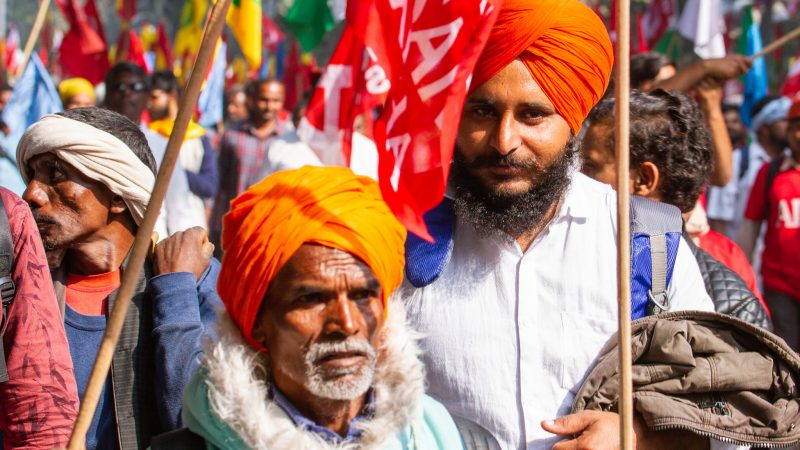 The farmers’ charter of demands includes the passing of two bills in parliament, which have the potential to relieve their predicament — the Farmers’ Freedom from Indebtedness Bill, 2018, and the Farmers’ Right to Guaranteed Remunerative Minimum Support Prices for Agricultural Commodities Bill, 2018.

They also want the Minimum Support Price (MSP) — a form of market intervention by the government to insure agricultural producers against any sharp fall in farm prices — to be fixed at the market rate. The current MSP, as determined under the 2018-19 Union Budget, is 40 per cent less than the recommended price.

In a protest in March, 35,000 farmers walked 182 km — barefoot — from Nashik to Mumbai, to demand land rights and fair prices for their goods.

Over the past two decades, several hundred thousands of farmers have committed suicide in India. Suspected push factors include poverty, climate change, increased health costs (in the absence of insurance), and debt following the failed harvests.

In solidarity, photographers started an innovative support campaign; hashtagging it #PhotographersForFarmers, they encouraged people to share images of the protests to raise awareness of the farmers’ challenges.

‘TamilNadu farmer displays the skulls of colleagues who have committed suicide, during a farmers march in New Delhi, India. Tens of thousands of farmers march towards parliament demanding debt waivers and remunerative prices for crops’ #photographersforfarmers @Karvaan_2018 pic.twitter.com/FUuT9X1OG2

The fact that farmers had to come here or to resort to theatrics only shows the insensitivity of India's society and political class. #KisanMuktiMarch #Delhi #FarmersMarch #PhotographersForFarmers pic.twitter.com/tX5111VQP0

Nearly half of India's 1.3 billion people, especially in rural areas, work in the agriculture sector, though it contributes only about 17 per cent of the country's gross domestic product (GDP). Since 2014, during the tenure of the present government, India has witnessed a period of low food inflation, thanks to proactively managed food supplies and prices. However, the move also decreased rural incomes and burdened farmers with larger debts.

In a symbolic protest last month, Sanjay Sathe, an onion-grower from Nashik district in the western Indian state of Maharashtra, sent the sales proceeds from 750 kg of onions — at Indian Rs 1.40 per kg, this amounted to a mere Rs 1,064 (US$ 15) — to Prime Minister Narendra Modi's relief fund.

Is this what Modi means by taking care of farmers?
Shocking and painful.
After 4 months of toil farmer gets Rs 1,064 for 750 kg of onions!
Angry, donates it all +Rs54 by money order to PM Disaster Relief Fund @ArvindKejriwal @SanjayAzadSln @pbhushan1 https://t.co/uIiSO7MPSb

Farmer's of #Nashik district in #Maharashtra throwing Onion on road through trollies.

This news was not covered by media. Condition of farmer's is worst in MH. Leaders of MH are interested in #RamMandir issue rather that of giving MSP declared by Govt.#FarmersProtest @PMOIndia pic.twitter.com/cx2FVgZtD4

But are these low prices reflected in the consumer markets elsewhere in India? In an op-ed in News Laundry, Author Vivek Kaul wrote:

‘The supermarket in Mumbai I buy onions from is selling them at ₹28/kg while the farmer in Nashik is unable to sell his produce for even ₹2/kg. Someone somewhere is making a huge profit of 1900% on this transaction. It is clearly not the farmer.’https://t.co/z3xK5kjqCK

The prices of agricultural inputs have inflated over the past decade. The cost of items like chemicals and seeds, agricultural equipment — even labor — have all gone up.

Moreover, almost 60 percent of farmers are selling their produce below the minimum selling price set by the government, which is not enough to cover their higher total input cost.

“This is our fate… we will die struggling to manage a meal for our family:” Girdhari Lal (55), MP farmer who sold his onions @Rs 1.2 per kg, or 1/5th of cost. “It does not even cover what I owe my workers, let alone my family’s expenses.” https://t.co/KjivEX7zOl via @IndiaSpend

With increased liability added to the mix, the situation has become untenable. Siddharth Tiwari, writing at Youth Ki Awaaz, explained:

According to the data from All India Debt and Investment Survey (AIDIS), more than 70% of the rural population has one or more standing loans. Decreasing farm income, the rising cost of production, and uncertainty of the market has led to the crippling debts in the farm sector.

Yet, in 2018, the farmers organized and successfully staged two big protests — and their most recent march attracted support from a few opposition party leaders.

The question remains, though: will any of this really change the future of India's farmers?