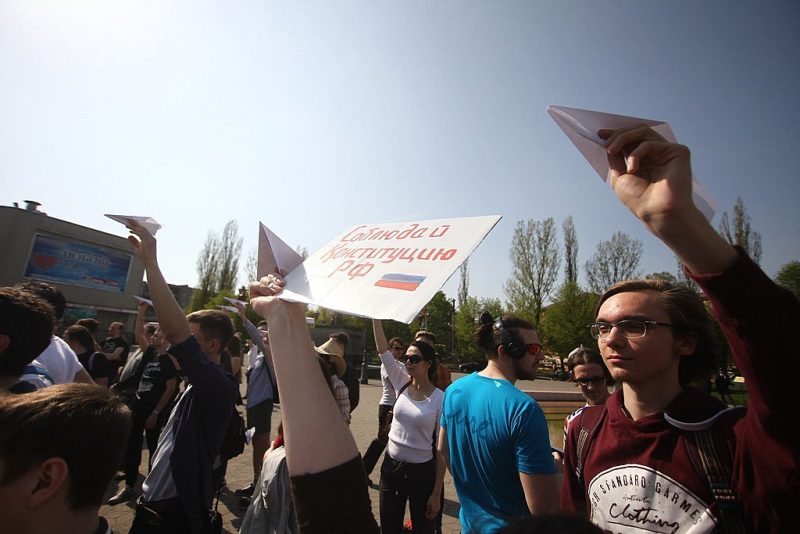 A 2017 law regulating online activity and anonymous speech went into effect in Russia at the beginning of this month.

The law “on information and information technology” stipulates what content search providers are legally allowed to show. Russia's Federal Service for Supervision of Communications, Information Technology and Mass Media (Roskomnadzor, known as the “censorship ministry”) already maintains a registry of banned websites, created in 2012. The list of banned sites range from online gambling to extremist material and information on the use of narcotics. Search engines are now prohibited from showing these sites in their search results.

To facilitate the implementation of the registry, Russian agencies created the Federal State Information System to act as a bridge between the registry and search providers. These search providers are now legally mandated to connect to this system through an API so that banned websites will automatically be filtered out. Yandex, Russia's largest search engine has connected to the API, but Google has so far not complied with these new requirements, which may leave it subject to a petty fine (by Google's standards) of up to 700,000 rubles, or about USD $10,000.

The law also dictates when and how a user can anonymously use the internet, such as through VPN (Virtual Private Networks) software that allows users to mask the origin of their traffic through servers in other countries, thereby avoiding locally-based content restrictions and censorship.

Google has been censoring search results in Russia on the basis of local laws for quite some time. Links to popular Russian torrent sites disappeared over a year ago from both Yandex and Google as Roskomnadzor deemed the sites illegal. As RuNet Echo reported earlier, Google has also been accused of over-complying with censorship requests from the Russian government, such as removing YouTube videos posted by opposition figure Alexey Navalny, and most recently, blocking a controversial rapper’s music video.

Several years ago, Google moved some of its servers to Russia in accordance with laws compelling companies to store their data on Russian citizens on Russian soil. With some servers now in Russia, the authorities have a more direct means of forcing the company to comply with local law.

Users have long suggested using VPNs to go around these types of measures, but the law’s provisions took this into account as well: VPN providers must block the sites, or face being blocked themselves. But this may be easier said than done. The Russian government banned Telegram earlier this year, but the app is still up and running and being used all across Russia without a VPN. Similar attempts to block VPN services could meet limited success, due to their decentralized infrastructure. This leaves the threat of a fine as the most salient option at Roskomnador’s disposal against VPNs and search providers that do not connect to the new federal system.

While the proposed fine may seem paltry from the perspective of massive tech companies like Google, sources close to Russian tech operations have said that amendments are in the works to drastically increase fines. Rather than capping the fines at 700,000 rubles, the new rules allegedly peg the fines at 1% of the company’s earnings.

While regular internet users don’t have to worry about such excessive fines, they too could soon face other repercussions for anonymously using the internet. Roskomnadzor has spearheaded new rules that require messaging apps to identify users based on their mobile provider. This in effect ties a user’s phone number to their personal identity.

Apps like Signal and Telegram pride themselves on allowing a user to communicate practically anonymously if they so wish. By obligating such apps to verify a user’s identity with their service provider, the Russian government is attempting to crack down on dissent and what they see as criminal activity. Telegram voluntarily registered with Roskomnadzor in 2017, which makes them liable under the new law. Signal does not keep servers in Russia and may run the risk of being banned there for non-compliance with the rule, but it also has a relatively small user base in Russia.

The ability to communicate anonymously on messaging apps makes it difficult for law enforcement agencies to investigate crimes. The government’s current decree is a necessary step in creating a safe communication environment for both citizens and the state as a whole.

In many instances, the ability to post content online anonymously is a major draw for users. Being able to express an opinion or expose injustices without using one's identity is now more important than ever, seeing as how people have been facing criminal chargers simply for posting memes.

And the consequences of de-anonymizing a user have been seen in various scenarios. After last month’s suicide attack at an FSB (Federal Security Service, Russia's domestic intelligence agency) office, the administrator of an anonymous Telegram channel was arrested for spreading messages glorifying the attacker. It is unknown if Telegram cooperated with law enforcement to expose this user, but if messaging apps start to follow these new rules, more prosecutions can be expected along with an outright drop in dissenting voices online.

These new laws and rules, along with the plethora of other laws regulating the collection of online users’ data, make it difficult to use online platforms to voice discontent in Russia. At a time when both online and public spaces face increasing limitations on expression in Russia, further restrictions should worry Russians and non-Russians alike. Though individual users can take measures to protect their accounts, such as using two-factor verification, there is little they can do to protect themselves from backdoor transmission of their data to the authorities.