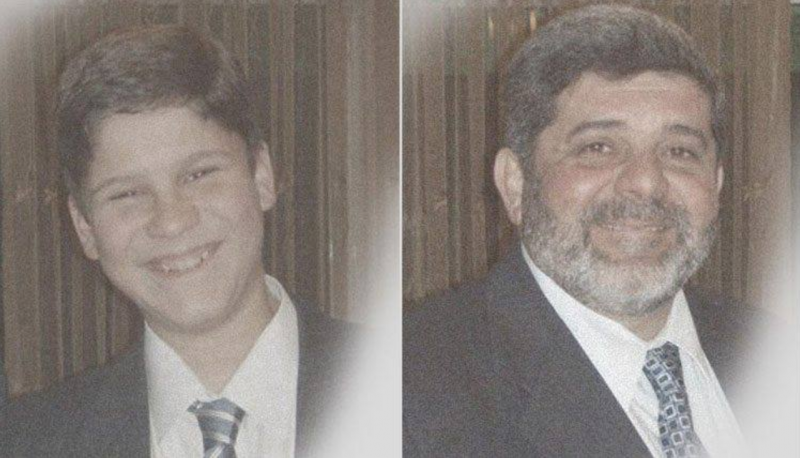 The three officials are wanted in connection with the detention and subsequent disappearance of two French-Syrian nationals: Mazen Dabbagh and his son Patrick. The pair were arrested by the Syrian Air Force Intelligence agents in November 2013 and held at Mezzeh military airport.

The Dabbagh family later were notified that Mazen and Patrick died in custody in Nov 2017 and January 2014 respectively.

The Syrian war has left a grim trail of death and destruction. Estimates put the number of those who have disappeared since March 2011 at over 95,000, more than 80,000 of whom are believed to have been forcibly disappeared by the Syrian regime. Many have died in custody due to brutal torture in government notorious prisons and detention centers.

Major General Ali Mamlouk was born in Damascus, Syria in 1946. Mamlouk is a household name for Syrian oppression used to quell the popular 2011 uprising in Syria.

He served as Director of the Air Force Intelligence between 2003-2005 and rose through the ranks during the late Hafez Assad reign and his son Bashar Al-Assad's ascendence to power.

In 2005, Assad appointed him head of the General Security department during a politically charged era following the assassination of former Lebanese Prime Minister Rafik Hariri, widely believed to have been at the hands of the regime.

Human rights organizations link him to overseeing Syria's chemical arsenal and using it against political prisoners in Palmyra prison between 1985-1995.

In the wake of the ‘crisis cell’ bombing in Damascus in July 2012, Mamlouk was appointed Director of the National Security Bureau, replacing Hisham Bakhtiyar who died of wounds sustained in the bombing.

In 2015 rumors had it that he was planning to defect and was put under house arrest. There had also been rumors about his health condition saying that he was dying in a hospital in Damascus. Quashing these rumors, he visited Jeddah, Saudi Arabia and Muscat, Oman. He also visited Rome, Italy, in late February 2018, brushing off European Union (EU) sanctions from May 2011 which imposed a travel ban and asset freeze on him related to charges of orchestrating violence against Syrian anti-government protestors.

Abdul-Salam Mahmoud was appointed the director of the Air Force Intelligence branch in 2010. He is involved in killing Syrian civilians including victims of the Saida massacre in April 2011, among them Hamza al-Khatib, a 13-year-old boy whose body was mutilated after his arrest and later became a symbol of the Syrian revolution and the face of the regime's brutality against protestors. Mahmoud has been under EU sanctions since 2012.

Hassan's name is closely linked to the violent repression of protests in 2011. He was once quoted as suggesting in a rare press statement that Bashar should have copied the brutal tactics his father used in Hama massacre in the 1980s.

Last June, Germany also issued an international arrest warrant for Hassan. German newspaper Der Spiegel reported that prosecutors accused him of overseeing crimes committed by the Syrian security including torture, rape and murder of hundreds of people between 2011 and 2013.

Are these arrest warrants symbolic?

Mohammad Al-Abdullah, a human rights activist and executive director of the Syria Justice & Accountability Centre, told Global Voices that these warrants serve as a tool to pressure regime officials:

These warrants are symbolic up to a point. They serve more as a tool of pressure than a means of criminal prosecution, as the possibility of the three officials visiting Europe is very unlikely. Some opine that the warrants would diminish their role in Syria’s future and spell an end for their political life, and that negotiations shall exclude them from security posts during the interim phase. There are no guarantees that this would be the case, though. Until now, these opinions are mere wishful thinking.

Syria is not a signatory to the Rome Statute and therefore, attempts to refer the situation to the International Criminal Court have been repeatedly vetoed by Russia and China — two veto-wielding powers at the UN Security Council and Assad's staunch allies — blocking the possibility of an investigation into war crimes in Syria and bringing perpetrators to justice.

Victims’ families are left with few options aside from extraterritorial jurisdiction, defined as the legal ability of a government to exercise legal authority beyond its national borders. Syrian activists and families of victims have been launching cases outside of Syria in their countries of residence, including Germany, Sweden and France.

In August 2010, the French parliament adopted a law that gives French courts jurisdiction over war crimes and crimes against humanity committed in another country. Under French law, any suspect found on French territory can be prosecuted and tried in France on torture charges. Therefore, victims of torture and enforced disappearance can file a complaint with the French prosecutor irrespective of their country of residence.

However, hope has dwindled for obtaining justice and redress. In July 2018, the Syrian government issued death notices for political detainees at an unprecedented rate, attributing the cause of deaths to “heart attacks.”

The arrest warrants may shake off a sense of apathy over the fate of tens of thousands of Syrian war victims. Accountability is crucial to stitch war-torn Syria back together and many hope the warrants are a bold step in this direction.