This epic poem describes the grief of Yugoslavs over the death of John F. Kennedy 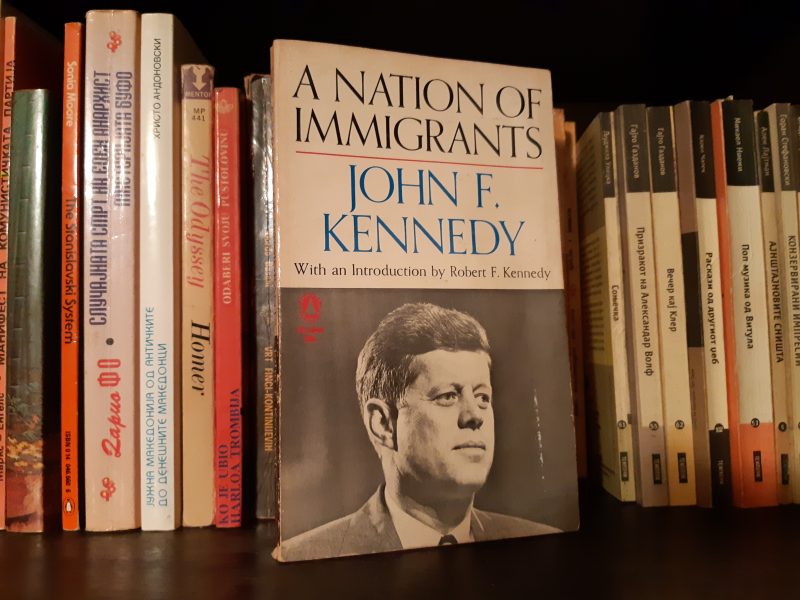 John F. Kennedy’s book, “A Nation of Immigrants”, on a bookshelf. Photo by author.

An epic poem written in 1965 expressing the grief of Yugoslavs over the assassination of United States President John F. Kennedy was posted on Twitter by a historian last November 2018, which reminded many of the close relations between the former Yugoslavia and the United States during the Cold War era.

Milorad Lazić, а PHD candidate at George Washington University, tweeted about an epic poem titled “Death in Dallas” which reflected the popularity of Kennedy in Yugoslavia.

#JFK ‘s death shocked Yugoslavia. A folk song commemorated the fallen hero:
[Lyrics translation – they rhyme in original]
Our government and Federal Executive Council
full of sadness send their sympathy.
All our flags are at half mast,
everywhere people express true grief.
Our friend Kennedy is gone,
our whole nation mourns.

“Death in Dallas”described the drama on 11/22/63:
As they passed through the underpass
villain's sniper rifle started shooting.
The gleeful smile disappeared
as the hard tragedy unfolded.
The first bullet struck Kennedy
with a dark surprise for everybody.
The wife cried out “They've killed my husband!”
as his blood flew over her bouquet of roses.

The full 17 minutes of the epic poem sung by Jozo Karamatić, an ethnic Croatian singer from Herzegovina, released as 7″ single record by Zagreb company Jugoton in 1965, is available online in several YouTube versions.

Oral epic poetry, or the retelling of the deeds of mythical beings and heroes in long verse form, has been a trademark of the cultures of the Balkan peoples since the time of Homer who wrote Iliad and Odyssey. In the 19th century the poetry of the South Slavic peoples received much attention by Western scientists as a living embodiment of ancient practices that had vanished in the rest of Europe. Many of the folk singers sung their rhyming tales of resistance to invaders accompanied with a one-string musical instrument called gusla or gusle in the manner of medieval bards.

The tradition continued well into the 20th century in the mountainous parts of Montenegro, Serbia, Croatia, and Bosnia and Herzegovina. After World War II it became part of Yugoslav pop culture, as folk music enjoyed revival through the development of vinyl record industry.

Besides the old classics, some of these folk singers also composed their own pieces based on the traditional styles. One of these records include the epic poem ‘Death in Dallas’.

After a period of cooling down of relations between the United States and socialist Yugoslavia in the late 1950s, Kennedy’s administration worked hard to ensure that it would remain independent i.e. it would not become part of the Soviet Bloc. This included reinstating Yugoslavia's Most Favored Nation status to re-enable trade and economic aid, as well as boost the prestige for Yugoslav leadership which kept balancing between the West and the Soviet Republic.

Kennedy, a World war II veteran, also already had a favorable reputation in Yugoslavia because of his support to the anti-fascist cause.

He even visited the country once during a European tour when he was still a senator. 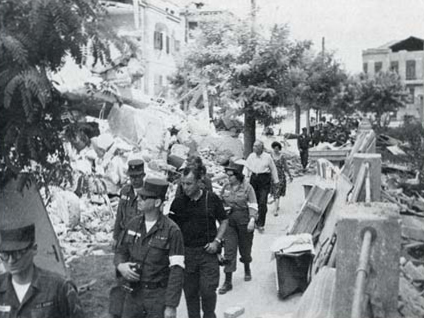 Members of the US Army 8th Evacuation Hospital in Skopje, following the earthquake in 1963. The unit was flown to the disaster site to provide medical care to the victims. Public domain photo via Wikipedia.

Moreover, Kennedy achieved hero status among ordinary Yugoslavs thanks to the speedy US aid reaction after the earthquake that devastated Skopje in July 1963, killing over 1,070 people and leaving around 200,000 homeless. Just two days after the tragedy struck, the US Army delivered hospital services that helped tend to the thousands injured. Kennedy’s administration kept providing many kinds of aid including temporary housing.

Improvement of relations culminated with the first visit by Yugoslav leader Josip Broz Tito to the White House in October 1963. The gracious meeting between the two leaders is amply documented by the Kennedy presidential library. In Yugoslavia, it served as proof of the greatness of its leader and by association, the importance of the country on the world stage in spite of its small size.

All of the above factors contributed to the intensity of the shock and mourning after the assassination of Kennedy on November 22, 1963.

In its own peculiar way, the epic poem “Death in Dallas” had provided a record of the feelings that resonated among ordinary people from Slovenia to Macedonia.

During the 1970s and 1980s, the singing of epic poetry become less popular, as the public turned to shorter song forms. However, some of the nationalist factions which started the Balkan wars in the 1990s promoted it as part of their propaganda as a way to show that they are defenders of tradition. It is still practiced, albeit almost exclusively within the framework of preserving folklore tradition.