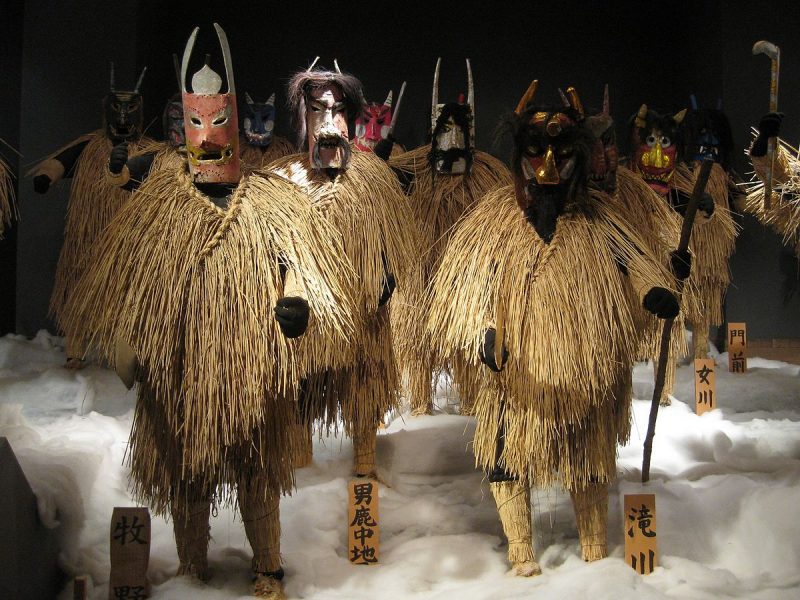 The rituals were added to the UNESCO list for a variety of reasons, primarily because by performing the rituals “local people — notably children — have their identities molded, develop a sense of affiliation to their community,” according to UNESCO in its announcement.

Visiting deity rituals are performed in rural communities all over Japan, typically at the end of the year, or when seasons change, especially at summer's end and the start of fall, and the traditional end of winter — according to Japan's old calendar — and the start of spring. The rituals and deities are based on folk traditions with far older roots in Japan than Buddhism or even Shintoism.

Raihoshin rituals take place annually in various regions of Japan — especially in the Tohoku, Hokuriku, Kyushu and Okinawa regions — on days that mark the beginning of the year or when the seasons change. Such rituals stem from folk beliefs that deities from the outer world — the Raihoshin — visit communities and usher in the new year or new season with happiness and good luck.

While the rituals differ from region to region, the visiting deities are best known as namahage, a kind of ogre or demon. The rituals generally involve men or women dressed as namahage demons or other raishoshin using crude costumes and masks — and sometimes armed with knives.

Often the demons enter homes to scare children until placated with sake, beer or a similar offering. In other variations of the ritual, the demons chase children through the streets to scare them.

In this video from Kumamoto, on the southwestern island of Kyushu, a man dressed as a namahage enters a home during setsubun, traditionally the day before the start of spring and now observed each year on February 3.

In some parts of Kumamoto, a namahage visits the household, terrifying the young children. Part of the setsubun tradition all over Japan involves children throwing roasted soybeans at a family member wearing an ogre mask, but in Kumamoto children can throw beans at someone wearing the full ogre costume from head to toe, appearing to be the “real thing”:

There are variations on the tradition throughout the Japanese archipelago. The island of Miyako, in the far southwestern reaches of Japan, performs the Paantu ritual. The local men who play the role of visiting gods wear crude masks and cover their bodies with mud and vines, and then lurch around towns smearing mud on people for good health and fortune for the next twelve months.

The ritual, of course, frightens the wits out of local children:

Other traditional rituals included in the UNESCO visiting deity listing include the Akusekijima God Boze Festival, Kagoshima's mendon ritual, and the don-don ritual observed in the Koshikijima islands off the coast of southwestern Japan, where a visiting demon or ogre, dressed in leaf fronds, admonishes a child to behave in the coming year:

Akita Prefecture in northeastern Japan is perhaps most famous for visiting deity rituals, and there is a museum devoted to the namahage demons at the base of the Oga Peninsula.

After failing to get Akita's namahage ritual added to UNESCO intangible cultural heritage list several years ago, Japan decided to submit all visiting deity rituals as a single group in 2018 and was successful.

Japan's persistence at listing various cultural assets and practices with UNESCO has not gone unnoticed by some observers.