Bushfires and floods have Australians asking: ‘What climate change?’ 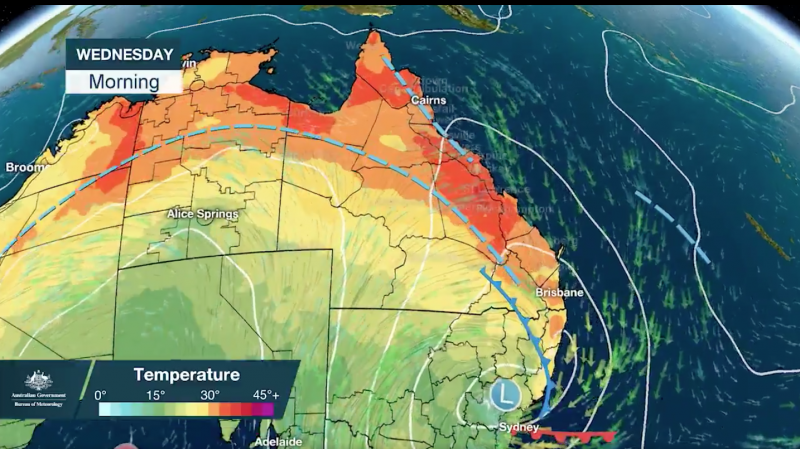 Bushfires and flooding rains – Screenshot from Bureau of Meteorology video

Bushfires in Queensland and flooding rains in Sydney have raised online debate in Australia about the impact of climate change on extreme weather conditions.

On Wednesday, 28 November 2018, record temperatures in central Queensland resulted in 200 fires, which some classified as catastrophic. Eight thousand people were evacuated from the town of Gracemere just near the regional center of Rockhampton.

Further south, a month’s rainfall inundated Sydney on the same day, with 100 millimetres (4 inches) recorded in just two hours. There was widespread flooding and property damage, as well as two reported deaths. One ‘mini-cyclone’ tore off the side of a building.

Despite the sunburnt county’s reputation for “droughts and flooding rains”, many Australians were quick to blame climate change for the exceptional events:

just got out of bed to see the news, bugger politics for five minutes hope twitter friends in Sydney, the south coast and in queensland are OK – what an absolute weather nightmare, oh and yes this is the time to mention climate change.

Seeing as half of the east coast is on fire and the other half is under water, would now be a good time to start listening to scientists? #SydneyStorm #qldfires

Not all agreed. Some argued that isolated weather events are not proof of a connection. A tweet by news website new.com.au brought this response:

From the perspective of single moment in time this would be stupid. Many times in history worse weather calamities happened. Only people didn't have the label “climate change” to wave around

Melanie Elron was more concerned with the big picture:

However #SydneyStorm is nothing new. Remember the freak hailstorm of 1999? This is not evidence of climate change. Sustained research over time is evidence of #climatechange.

The Australian government’s action, or inaction, has been a hot topic in recent times. Coincidentally, the United Nations released a report on the same day. According to the Climate Council:

A NEW UNITED NATIONS report has found that Australia, along with countries such as Saudi Arabia and the United States, is not on track to meet its 2030 Paris climate target.

Jonathan Meddings lays the blame squarely on the politicians (aka ‘pollies’ down under):

Record fires in Queensland. Record rain in Sydney. Record drought in parts of the east coast. This what #climatechange looks like. While Queensland is burning, the east coast is parched & Sydney is drowning, most pollies have their heads in the sand. Not good enough. #auspol

Meanwhile, students are taking action of their own with many skipping classes to attend Student Strike for Climate Action rallies around the nation:

Check out this great story on Junkee with a fabulous profile of all the students standing up for climate action in their communities #climatestrikehttps://t.co/8ALXqv8ZeZ

Their action has certainly fired up Prime Minister Scott Morrison who called for “less activism in schools and more learning”. Many on social media took the side of the students:

Thanks to the school students standing up to @ScottMorissonMP and his govt's criminal lack of action on #climatechange. Scomo's vision of students who don't care about politics or the future beggars belief. #BeMoreActivist #ClimateStrike https://t.co/z3gvSeokxw via @SBSNews

Climate change is shaping up as a major issue at next year's Federal election in Australia expected in May.