Activists in Lebanon are taking on the country's stray bullet problem 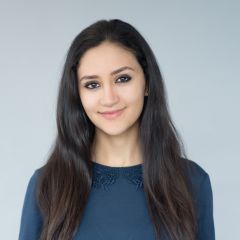 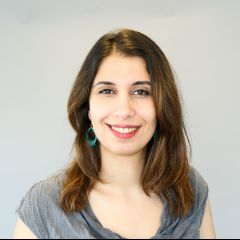 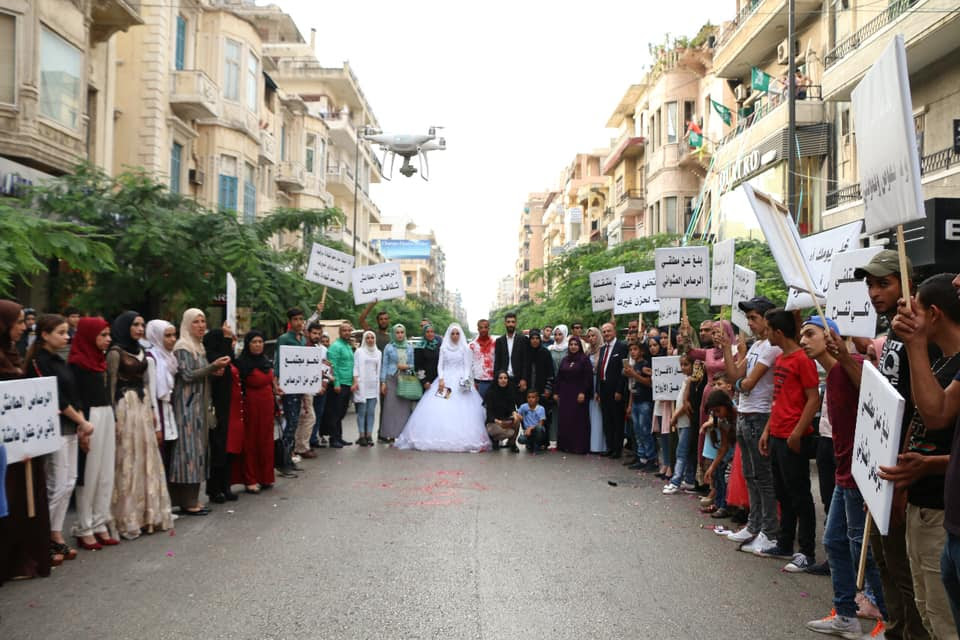 A performance art piece with a social message in downtown Tripoli — a wedding guest dies after being shot by a stray bullet from another guest. Photo used with permission from Farha Taysheh Facebook page.

Reem Shaker was only 18 years old when a stray bullet struck her head on the balcony of her family home in the Lebanese city of Miniyeh. The shot which killed her was fired not in retribution, but in jubilation by a group celebrating the return of their loved ones from a pilgrimage to Mecca.

Reem’s story is one example in a series of senseless deaths caused by celebratory gunfire.

The global Small Arms Survey estimates that as of 2017 in Lebanon, 1,927,000 civilians possess firearms. With a population of 6,105,000, almost one-third of Lebanese civilians own a firearm. According to the Permanent Peace Movement, 90 people were killed in 2017 alone due to stray bullets shot at weddings and other joyous occasions mired by bloodshed.

This incident is particularly close to the hearts of Tripoli’s Farha Taysheh (“Stray Bullets Kill Joy”) campaign organisers. Marwa Seif, who helped launch the campaign earlier this year, was one of Reem’s closest friends, and for a long time, she felt a sense of helplessness in confronting the cause of her friend’s death.

But in May 2018, an unlikely group of people gathered around a table in Beirut would change things. Seif joined youth from the city of Tripoli, members from the Local Prevention Network (LPN) in Tripoli, and a mediator from the municipality to organise.

Local Prevention Networks, led by the Strong Cities Network (SCN), aims to build the infrastructure of community-led initiatives by bridging the gap between grassroots organisations and the municipality.

Sitting across the table, Duaa, another participant in the workshop, shared her story: she had lost her sister fifteen years earlier to a stray bullet, this time in a hunting accident. Najia, a mediator at the municipality of Tripoli and Tripoli LPN member, listened intently to Duaa’s story.

While the primary focus of the LPNs is on tackling violent extremism through a preventative lens, they end up addressing a wide range of local issues. The networks set their own agendas. Their endorsement of the campaign was an acknowledgment of the scope of preventative initiatives.

In the months that followed, Seif and Duaa worked with Najia to develop and launch their campaign Farha Taysheh. This municipal endorsement set celebratory gun violence on the agenda of the local government.

Along with other volunteers, Seif and Duaa organised performance art with a social message: a wedding celebration in downtown Tripoli, where actors would react to the feigned death of a wedding guest following a stray bullet shot by another guest. The performance was filmed and shared on Facebook, sparking dialogue and gaining media coverage.

Farha Taysheh is one campaign among many that attempt to fight the inevitable violence resulting from gun possession — whether intentional or not. The municipal support gave youth activists a strong platform to reach a wider audience. The large-scale performance staged by the activists in downtown Tripoli would not have been possible without the permission of local authorities.

The collaboration between grassroots youth campaigners and local government contributed to the success of this campaign in Tripoli, but the context of each city differs and community-led prevention networks may choose to begin addressing less controversial topics as they build trust, credibility and confidence in addressing harder edge issues.

Combined with the energy of the youth activists, Farha Taysheh has been resoundingly successful, sparking a city-wide conversation across local media platforms. Perhaps this is because stray bullets are a global problem — not just a Lebanon-specific issue — and exists all over the world, from the Balkans to the U.S.

In 2017, Texas state representative Armando “Mando” Martinez was injured in the head by a stray bullet from New Year’s Eve celebrations. Two years earlier, a 10-year-old girl was killed by a stray bullet at a wedding in Macedonia. Meanwhile, the Los Angeles, California police department use its social media platforms to warn citizens not to shoot in the air with criminal prosecution and serious jail time as a consequence.

Gun culture cannot be exempt from this conversation. The common thread between countries where stray bullets are a problem is that gun ownership is culturally acceptable. However, the scale of stray bullets incidents differs. In Lebanon, a partial disarmament, demobilisation and reintegration (DDR) programme after the civil war (1975-1991) meant that firearms from fighting factions were never completely confiscated.

Celebratory gunfire is a global issue and combating it will involve addressing some of the factors that allow it to persist. This requires addressing the widespread acceptance of firearm possession and lack of accountability of the shooters.

Local initiatives have a key role to play. In the case of Farha Taysheh, cooperation between youth activists and the municipality of Tripoli is an example of how unlikely parties can come together to combat a common issue — one stray bullet at a time.