How will Google plug into China’s all-encompassing internet censorship regime? 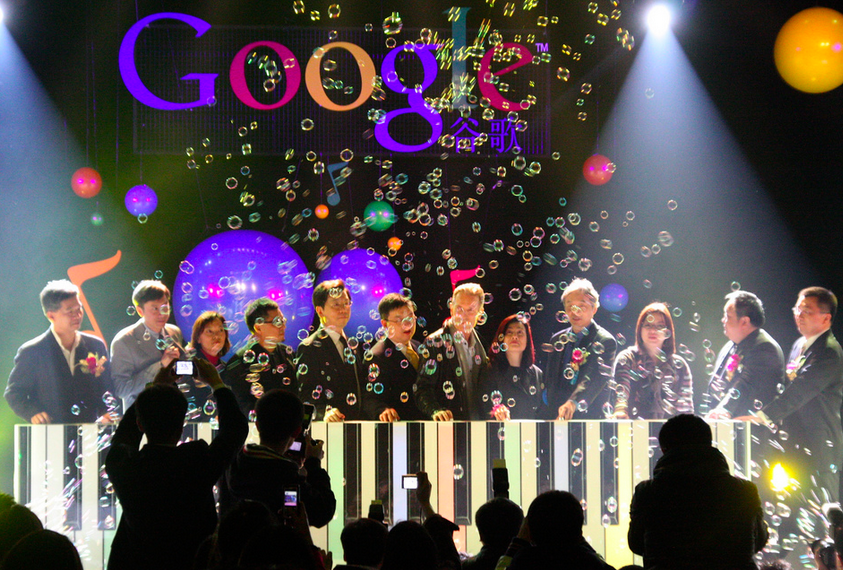 The secret is out — Google is building a search engine for China.

After deflecting questions from reporters for months, CEO Sundar Pichai acknowledged in October Google’s plan to build a mobile app that will serve Chinese users — and thus comply with Chinese government censorship mandates.

But big questions remain. Namely, how will this actually work? To keep the censors happy, Google will need to invest significant human, financial and technical resources to keep up with China’s unique and exhaustive approach to controlling online information and speech. While the company may be prepared to make some concessions (and substantial investments) in order to enter the Chinese market, this move will force Google to undermine its own commitments ”to advancing privacy and freedom of expression for [its] users around the world”.

How to censor the internet (by Chinese standards)

In contrast to US-based companies, which are largely shielded from liability for illegal content, Chinese internet giants are obligated to proactively censor illegal and politically sensitive content and report it to the authorities. If Google does enter the Chinese market, it can expect to be held to the same standard.

What counts as an illegal content? This is dictated by the country’s far-reaching Cybersecurity Law, along with an ever-evolving set of demands from high-level party and government officials in the Cyberspace Administration.

China's Cybersecurity Law bans Internet users from publishing information that damages “national honor”, “disturbs economic or social order” or is aimed at “overthrowing the socialist system”. The law also requires internet companies to collect and verify users’ identities whenever they use major websites or services.

Censorship of politically-sensitive keywords is a powerful component of this system. Alongside terms that have long been outlawed, such as “human rights” and “Tiananmen Square”, there is a constant churn of new censorship requests from above, driven by current events and hot topics on social media. Earlier this year, for example, censors moved to ban phrases like “anti-sexual harassment” in the wake of the #metoo movement spreading to China.

In order to comply and keep up with state demands, large tech firms in China invest substantial financial and human resources into the work of keeping their sites “clean” and legal. Companies enlist layers of individuals as part of this effort, ranging from full-time employees to community “advisors” to “civilization volunteers” who promote positive messages about the Communist Party (and drown out negative ones). An unofficial estimate by a Japanese media outlet in 2014 put the number of people employed in the internet censorship sector at eight million.

Artificial intelligence is also becoming a bigger part of this industry, though there is still relatively little known about how companies are building censorship decision-making mechanisms into their systems.

For foreign companies like Google, there also are extra hurdles when it comes to data storage. As Google will be collecting user data (The Intercept reports that users in China will need to log in before they can search), the company will need to run a data center with a local partner, as per China’s Cybersecurity Law. Drawing on a leaked internal memo, The Intercept contends that the Chinese partner company would have “unilateral access” to users’ search data.

To keep up with these demands, Google may need to substantially change its model for content distribution and moderation, not to mention data collection. This will surely put Google’s principles of openness and preserving free speech to the test.

Profit before human rights: ‘a race to the bottom’

In its early years, Google did comply with censorship requests from the Chinese government. But it stopped censoring search results in China in 2010, after suffering a major cyber attack from within the country, that was aimed at Chinese human rights activists. After the attack, the company began directing traffic from mainland China to its Hong Kong version, which was relatively open, similar to the rest of the world. Within months, the company’s services were fully blocked in mainland China.

Google’s decision was applauded by internet freedom activists, both in and outside of China, and placed Google into a unique category. It became a company that chose to change its agenda (and likely lose profits) in order to protect human rights. 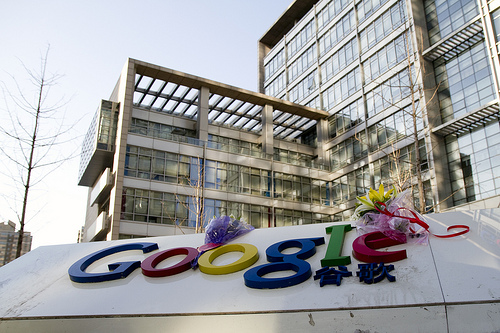 Isaac Mao, a Hong-Kong based entrepreneur and founder of Musicoin Project, looked back on the 2010 move: “Google’s action then enlightened a lot of people to pay attention to censorship issues, that [was] historical.”

Although Google officially removed its servers from China in 2010, it still maintains a presence in the Chinese market by investing in local startups and an artificial intelligence research center in Beijing. But the decision to bring its flagship products back to China, on the Chinese government’s terms, represents a true paradigm shift for the industry as a whole.

“Chinese internet users suffer a lot and they really want to see Google hold a high level of morality… instead of just caring about the single digits of the market share,” he told us.

Alongside the changes that this will bring for Google, experts say this shift will encourage other tech companies (whose services are currently blocked in China) to seek their own share of the Chinese market.

“It would embolden other companies to also lower their human rights standards for the Chinese market. And then it becomes a race to the bottom,” said Yaqiu Wang, the China researcher at Human Rights Watch.

Lokman Tsui, a professor at Chinese University of Hong Kong who once worked for Google told us that the move will also make it easier for governments around the world to impose stricter censorship regimes on Google. He said:

“In negotiations with governments around the world, any government can now say, ‘you can do that kind of censorship for China, but you cannot do this for us?’”

Joining the party in Beijing

Google’s decision to bring its flagship products back to the Chinese market is unsurprising and seems to correspond to a broader trend among major US companies. Facebook, LinkedIn and Apple, to name a few, have all sought to establish stronger footing in China in recent years — though only some have succeeded.

In 2014, LinkedIn launched a Chinese version of its service which prevents mainland users from accessing content forbidden by the Chinese government. Speaking with The Guardian after users complained about political content being blacked out on the site, LinkedIn Asia-Pacific staff member Roger Pua explained that this was intended “to protect the privacy and security of the member who posted that content.”

Apple products have long been available for purchase in China. Throughout the years, the tech giant has also been complicit in censoring its Chinese users by cracking down on VPNs, removing the New York Times app from its China store, and censoring the Taiwan flag emoji. In early 2018, Apple agreed to store user data locally to comply with the country’s 2017 Cybersecurity Law, in a move that was slammed by human rights groups and privacy advocates.

While both Apple and LinkedIn have encountered challenges along the way, it appears that for both companies, the strategic business decision to move into China has so far been effective. That said, neither of these companies have nearly as much power over what people say and see online as Google.

It is clear that Google’s executives and leadership are prioritising profit over openness in this move. What remains unclear now is how far is the company willing to go to get the Chinese government's blessing.

Google will be facing fierce competition from Chinese tech companies, and Baidu in particular which dominates the search engine market in the country. And while many users in China may be willing to switch to Google due to public disappointment with Baidu, Chinese companies have an edge: their close ties to the Chinese government.

Most Chinese companies “have very deep local or central government relationships, and in China the relationship is everything,” Mao said. “If they are not satisfied they can shut you down overnight.”

Chinese companies “have better relations with the Chinese government,” Tsui said. “This is something Google never will be better at, nor should they want to be better at that.”

In April this year, authorities ordered Toutiao or Today’s Headline, China’s most popular information platform, to shut down its affiliated social media application, NeihanShequ, which allowed users to submit jokes and riddles for others to comment on. NeihanShequ was banned on the grounds that it was “heading in a wrong direction with its vulgar and banal content.” This came despite a public apology from the company’s CEO Zhang Yiming who also promised that Toutiao will strengthen self-censorship measures by increasing the pre-screen staff team from 6,000 to 10,000 people.

Many of the largest tech companies in the country, including Baidu, even have a designated Communist Party branch within their office. In 2017, the government made a big push for companies to do this, offering them cash and other incentives in exchange for even more access to corporate activities and control.

Earlier this month, the micro-blogging platform Weibo gave 1,322 accounts affiliated with government entities including public security bureaus and cyberspace offices the direct authority to label posts as “rumors”. Weibo will not even play a role in the screening process.

It is difficult to imagine that Google would ever give Chinese authorities the ability to label its content, or that the Silicon Valley superpower would deign to establish a Chinese Communist Party branch within its own Beijing office. But the company will surely be asked to make substantial concessions to the government. So where will Google draw the line? If and when this happens, will the company be asked to leave?

These and many other unknowns leave many wondering if Google is really taking “a longer-term view” here, as its CEO maintains.