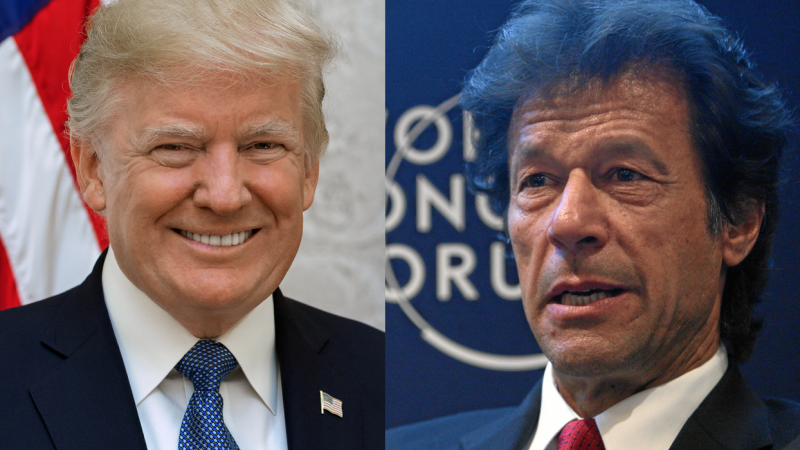 “Pakistan doesn't do a damn thing for us”, said U.S. President Donald Trump in a recent interview with Fox News.

Trump: “[Osama bin Laden] lived in Pakistan. We're supporting Pakistan. We gave them $1.3 billion dollars a year, which we don't give them anymore by the way. I ended it, because they don't do anything for us. They don't do a damn thing for us.” pic.twitter.com/t65RNoASaR

Trump added that credit goes to the SEAL Team Six for capturing and killing Osama bin Laden — a wanted terrorist and head of Al-Qaeda —when they raided his compound in Abbottabad in 2011 and found him hiding in a mansion very close to Pakistan Military Academy — suggesting that Pakistan was merely harboring Osama bin Laden and other Al-Qaeda members with impunity.

Trump’s tirade is the latest in a long history of lack of trust between the two countries post-September 11, 2001, when two hijacked commercial airplanes rammed into the World Trade Center in New York City. A third plane crashed into the Pentagon and another was shot down near Washington D.C. These four airplanes were flown by 19 members of Al-Qaeda.

After the attacks, then-president George W. Bush declared war against terrorism and put nations around the globe on notice by adding: “Either you are with us, or you are with the terrorists.”

Pakistan agreed to cooperate with the United States on the protracted war on terror, becoming a strategic ally while suffering major casualties and economic losses.

Public and private accusations and counter-accusations have been a routine part of Pakistan-U.S. relations since 2001, yet Pakistan has given the U.S. significant support in the war against terror and the U.S. has also given significantly to Pakistan through the Coalition Support Fund.

Record needs to be put straight on Mr Trump's tirade against Pakistan: 1. No Pakistani was involved in 9/11 but Pak decided to participate in US War on Terror. 2. Pakistan suffered 75,000 casualties in this war & over $123 bn was lost to economy. US "aid" was a miniscule $20 bn.

3. Our tribal areas were devastated & millions of ppl uprooted from their homes. The war drastically impacted lives of ordinary Pakistanis. 4. Pak continues to provide free lines of ground & air communications(GLOCs/ALOCs).Can Mr Trump name another ally that gave such sacrifices?

Instead of making Pakistan a scapegoat for their failures, the US should do a serious assessment of why, despite 140000 NATO troops plus 250,000 Afghan troops & reportedly $1 trillion spent on war in Afghanistan, the Taliban today are stronger than before.

The illegal killings by drone attacks; the list is endless but once again history shows appeasement does not work. Also, whether China or Iran, US policies of containment & isolation do not coincide with Pak strategic interests. https://t.co/tFBe9BentG

Of course we should have captured Osama Bin Laden long before we did. I pointed him out in my book just BEFORE the attack on the World Trade Center. President Clinton famously missed his shot. We paid Pakistan Billions of Dollars & they never told us he was living there. Fools!..

….We no longer pay Pakistan the $Billions because they would take our money and do nothing for us, Bin Laden being a prime example, Afghanistan being another. They were just one of many countries that take from the United States without giving anything in return. That’s ENDING!

In a reply tweet, Imran Khan said that Pakistan will do what is best for its people:

Trump’s false assertions add insult to the injury Pak has suffered in US WoT in terms of lives lost & destabilised & economic costs. He needs to be informed abt historical facts. Pak has suffered enough fighting US's war. Now we will do what is best for our people & our interests

As soon as the world leaders began sparring on Twitter, Pakistani citizens weighed in on the controversial exchange: some praised Khan for standing up to the ‘do more’ demands of the U.S., while others condemned him for responding at all.

General Ghulam Mustafa, a retired Pakistan army officer had this to say:

Michael Kugelman, deputy director of the Asia program and South Asia senior associate at The Wilson Center chimed in:

By choosing poise over pique, PM Imran Khan has responded like a true statesman in his rebuke to Trump's latest #Pakistan comments. That said, the PM's response reflects an oft-repeated narrative that is valid to a degree, but also misleading and rife with selective omissions.

A number of memes circulated to lighten up the mood:

Former president of Pakistan Gen. Pervez Musharraf wrote in his memoir, “In the Line of Fire”, that the Americans told him: “If we chose the terrorists, then we should be prepared to be bombed back to the Stone Age.”

Since then, Pakistan has become a strategic ally in the “global war on terror,” which has cost Pakistan over 70 thousand deaths, economic loss, and social destruction.