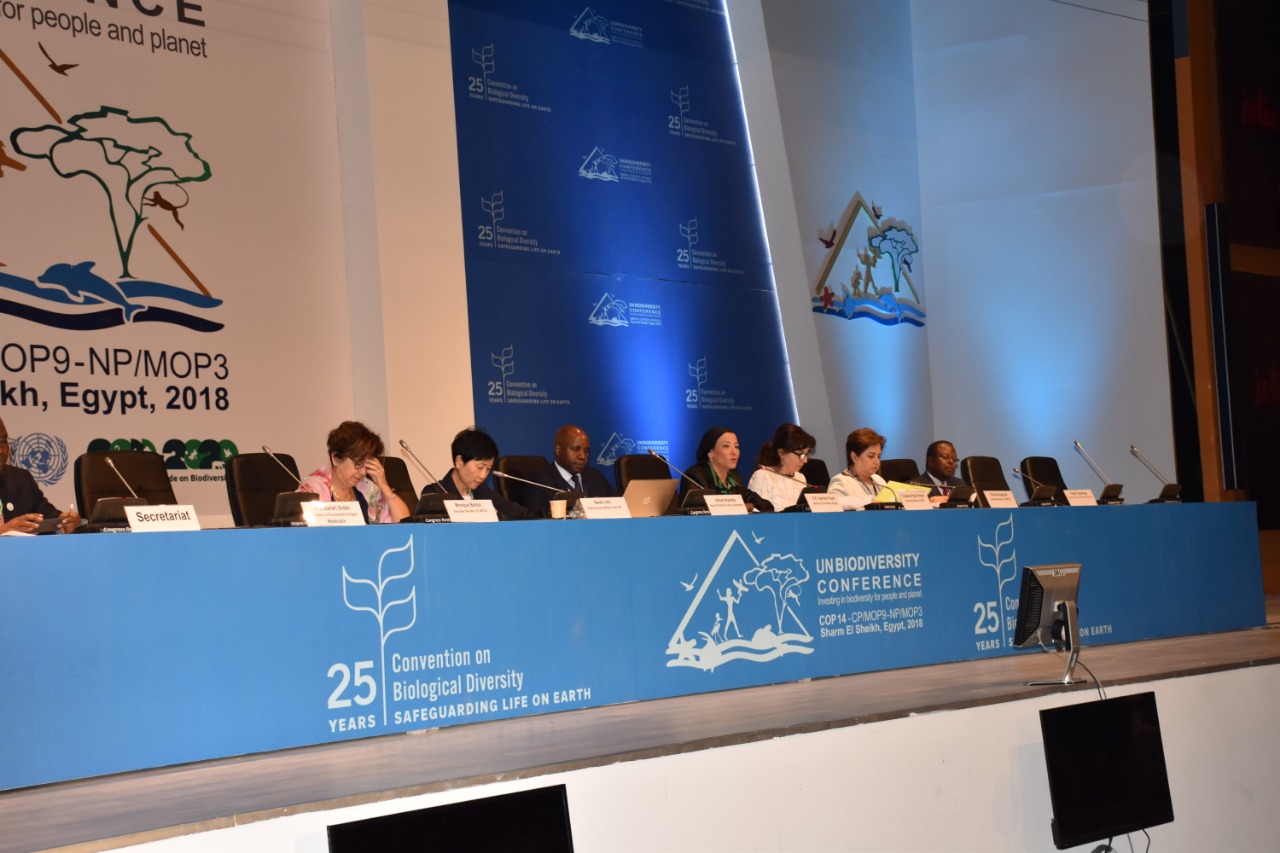 The first United Nations Biodiversity Convention held in the Middle East will take place November 17-29, 2018, in Sharm El Sheikh, Egypt, for the 14th Conference of the Parties.

Originally launched in 1992 as part of the Rio Earth Summit, the Convention on Biological Diversity is a global agreement among 196 nations that represent the “global community's growing commitment to the conservation of biological diversity, sustainable use of its components and fair use of benefits arising from genetic resources.”

While several important success stories have emerged over the years in sustaining biodiversity and the communities that rely on ecosystems for their livelihoods, World Wildlife Fund International's recent Living Planet report shows that biodiversity continues to decline worldwide, with devastating consequences for people and the planet.

There is a strong indication that the planet has entered into its sixth mass extinction — triggered by human activities impacting forests, wetlands, rivers, oceans and other critical ecosystems.

In addition, it is now also evident that most of the 20 Aichi Biodiversity Targets — set in 2010 to address some of the biggest environmental challenges we face and due in 2020 — will not be achieved.

“Global efforts to reverse nature loss have lacked urgency, political commitment and effective delivery so far,” said Marco Lambertini, director general of WWF International in a statement made at the Convention.

“Protecting and restoring nature and biodiversity is fundamental to our health, well-being, economies, and continued and growing prosperity around the world,” Lambertini continued.

As the first biodiversity conference to be hosted in the region, this year’s Conferences of the Parties (COP) provides a unique opportunity for discussion on conserving nature in the Middle East, the current gap in efforts to prevent further environmental degradation and how this directly impacts human lives in the region.

“COP14 focuses on issues critical to the Middle East,” says Kishan Khoday, the team leader in the Arab region of Climate Change, Disaster Risk Reduction, Energy and the Environment with the United Nations Development Programme:

These include the role of biodiversity and ecosystems in countries affected by conflict and displacement and how nature-based solutions can help prevent crisis and speed recovery by reducing social vulnerability.

Jordan and Lebanon, for instance, both host over one million Syrian refugees, generating new strains on the economy and also creating severe implications on critical watersheds and groundwater systems — many of which are in proximity to refugee camps and host communities.

Gaps in government policies to mainstream ecosystem resilience and conservation into the management of refugee host communities exacerbate the problem. Communities must use strategic environmental assessment tools to identify and manage ecosystem risks in partnership with governments.

COP 14 and the work supported by the CBD, UNDP and partners more broadly help to scale up and replicate successful conservation initiatives in the region to address the growing fragility of land, water and other ecosystems essential for sustainable peace and prosperity.

Up to 12 percent of marine biodiversity in some areas of the Arabian Gulf may be lost before the end of the century if countries in the region do not take measures to address overfishing, pollution, and habitat destruction.

According to scientists from the University of British Columbia and the University of Western Australia, a business-as-usual climate scenario will severely affect species richness (the number of different species in an ecological community) off the coast of Saudi Arabia, Bahrain, Qatar, and the United Arab Emirates (UAE). This may lead to significant economic consequences in the future — especially in rural coastal communities that rely heavily on fisheries for food and employment.

Among the eight countries that comprise the Gulf, the UAE is expected to perform the worst, with a projected loss of above 40 percent of its catch potential.

“This is unlikely to have major economic consequences because the UAE is not very dependent on its fisheries. The marine fishing industry generates around 1 percent of its GDP,” Mariam Khalfallah, a Ph.D. student with the Sea Around Us research initiative at UBC, tells Global Voices:

On the other hand, Bahrain could lose almost 9 percent of its catch potential by 2090, which will significantly affect Bahraini coastal communities.

Among those most affected by the loss of natural resources and habitats will be women particularly from rural communities.

A panel was held on the second day of COP to discuss gender-sensitive environment actions and the role of women in the Arab world as biodiversity protectors and resilience actors.

Women are amongst those most severely impacted when communities are displaced because of the destruction of biodiversity — which is why it is essential that any and all efforts of conserving natural resources and habitats take into account gender-sensitive climate action.

According to the Women’s Environmental Network, women make up the majority of the world’s poor, tend to have lower incomes, and are more likely to be economically dependent than men — all of which greatly limits their ability to cope with difficult environmental conditions.

But, despite cultural sensitivities and traditions, Arab women are not a liability and can play an extremely important role in sensitizing change when it comes to awareness, which this part of the world lacks, about the role nature plays in our lives.

Because the impact of biodiversity loss is not always linear and immediate, there is a massive gap in public awareness about the consequences of environmental stress — an obstacle that is being discussed as one of the biggest challenges in taking urgent actions at the COP.

It’s a global problem but — speaking as a scientist working in the Arab world — one of the biggest challenges on the CBP gaining the highest political relevance in this part of the world to speed and scale the work toward a sustainable future is how little people understand the importance of biodiversity.

If people don’t understand how they will be affected, they will never care.