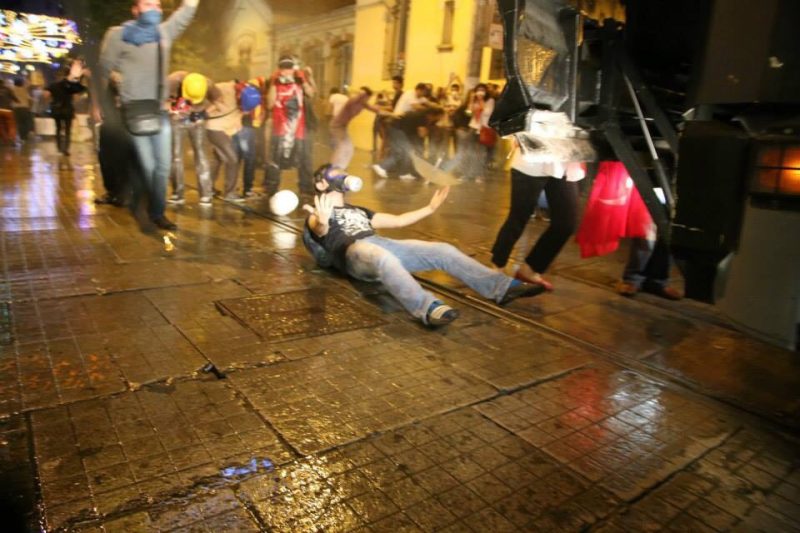 On the morning of November 16, police in Turkey arrested 13 people at their homes and places of work. Their supposed crime? Helping to organise protests that took place in Istanbul's Gezi Park in May 2013.

But as more than five years have passed since the protest movement, this is not a simple case of justice delayed. Instead, it is a worrying indication that what seemed like a spike in repression against civil society advocates and intellectuals may actually be the new state of affairs, the new normal.

Most of those detained were prominent representatives of Turkey's academia and non-governmental organizations. All were released, either on November 17 or November 18 with the exception of Yigit Aksakaloglu, director of the Bernard Van Leer Foundation, which focusses on child development. Aksakaloglu remains behind bars and is likely to face a charge of “attempting to remove the Turkish Government or prevent it from fulfilling its responsibilities.”

The men and women arrested have been linked to a non-governmental group called Anadolu Kultur, which supports culture, art and human rights initiatives. The group is directed by businessman Osman Kavala, who was arrested more than a year ago and has been held in pre-trial detention without a charge ever since.

Turkish President Recep Tayyip Erdogan has called Kavala “Turkey's Soros”, a reference to the financial speculator-turned philanthropist George Soros whose charitable foundations support hundreds of civil society and academic initiatives around the world, making him the scourge of many an authoritarian government.

Editor's note: Global Voices is a grantee of the Open Society Foundations, which are funded by George Soros.

Another dark day for my country. Prominent academics and civil society activists have been detained as part of a witch hunt against the so-called “globalist conspiracy” against the Erdogan government and its ultra-nationalist allies.https://t.co/WUnk4NAJnK

Turkey's interior ministry claims to have proof that Kavala “financed and organized” the Gezi protests through Anadolu Kultur and the Acik Toplum Vakfi (translated as Open Society Foundation, but not related to Soros). 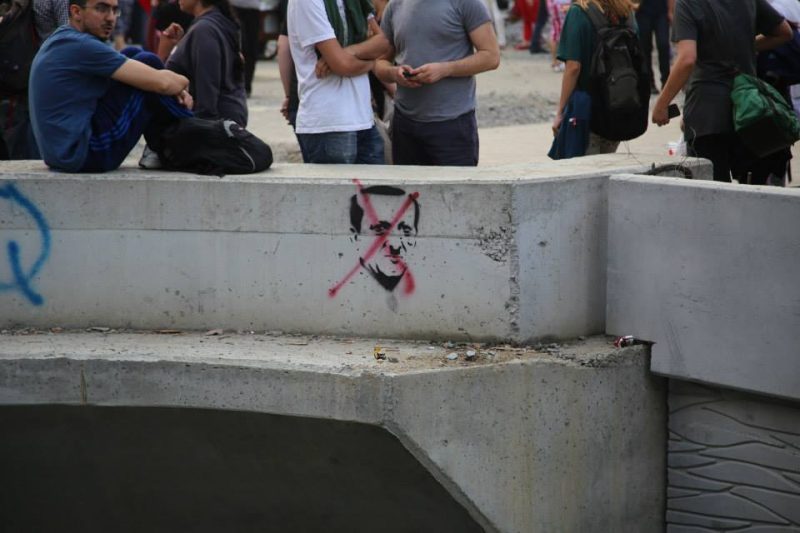 It was May 28, 2013 when a group of environmentalists decided to challenge the decision to demolish one of Istanbul's few remaining green spaces, Gezi Park. They gathered and set up tents in the park. They were soon met with tear gas in a widely-criticised show of police force.

In the coming weeks and months, students, academics, civil society advocates and people from many other walks of life joined the non-violent protests. The Gezi movement became perhaps the largest act of civil disobedience in Turkish history, an unprecedented affront to the government controlled by the conservative Justice and Development Party (AKP). It also emerged as a milestone in Ankara's journey towards authoritarianism.

Emin Ozmen was among hundreds of thousands of Gezi participants. He documented the uprising through photographs that were recently published by Magnum.

Writing about the memories of the protest Ozmen said:

The Gezi protests were, in my point of view, a major turning point and a challenge for Turkish democracy. From the first day in Taksim, I felt that these would not just be simple demonstrations. There was a revolutionary breath in the air. The protests grew very rapidly. The unbelievable violence of the police response – the massive use of water cannons and tear gas – only increased anger and fanned protests in the heart of Istanbul. It was about more than protecting a park from destruction, these events quickly became anti-government demonstrations, all around Turkey. Gezi became the catalyst for a wider sense of awareness. It was a revolt against the increased authoritarianism of the system and the allegations of mass corruption inside the government.

State rhetoric blamed the protests on external factors: the CIA, a Europe jealous of Turkey's rapid development, unspecified foreign forces in cahoots with terrorists, the “interest rate lobby”, Twitter, and even Lufthansa airlines.

Five years on, analysts argue that last week's arrests signify a long-awaited revenge. Andrew Gardner, Amnesty International’s Turkey Strategy and Research Manager said in a statement that the new arrests shatter “any illusion that Turkey is normalizing following the lifting of the state of emergency” which was lifted earlier this year following an attempted coup in 2016.

Turkish authorities have gone after civil society in the wake of the aborted 2016 coup at a massive scale. The country's interior minister says that just short of 218,000 people have been detained over links to the Gulen movement that Ankara blames for the attempt, which was spearheaded by military officers.

But the coup offered a useful pretext for authorities not just to root out a corrosive Gulenist influence, but also to create a “New Turkey” proclaimed by Erdogan repeatedly since then. The “New Turkey” doesn't leave much space for alternative visions of the country's future. 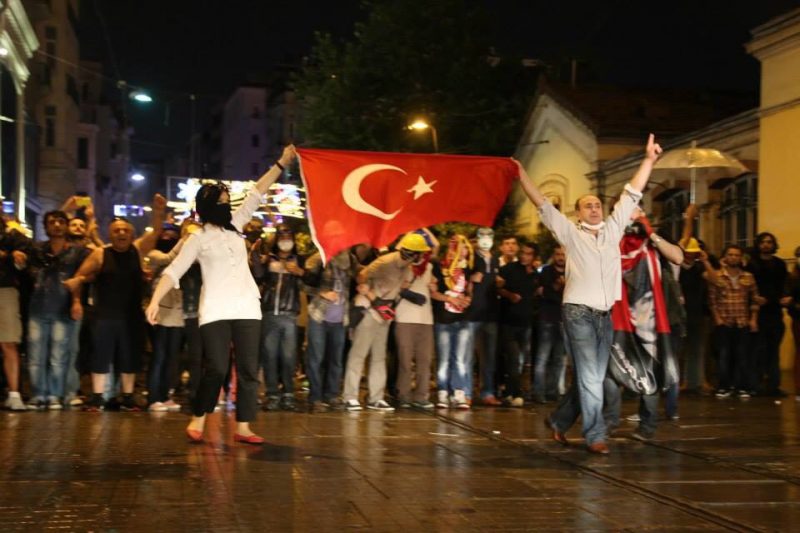 Improbably, authorities are now conflating the Gezi protests with the Gulen Movement, which Turkish officials refer to as FETO (The Fethullah Gulen Terrorist Organisation) in an effort to eradicate opposition in all its forms.

Ergun Babahan, editor of the independent news outlet Ahval wrote that this trend is not wholly new:

Turkey has singled out a new group, which could be described as the “Gezi terror organization” which they claim used the Gezi Park Protests to sew chaos […] The most important article of the criminal charges filed in 2017 against those who were accused of plotting the July 15th 2016 coup attempt, known as the Akıncı Indictment, explicitly mentions the Gezi Park Protests as ‘actions in preparations for a coup’, masterminded by a group. However, Friday’s arrests were the first to invoke this article.

‘Point of no return’

One of the main features of Gezi was the innovative approach to civil disobedience that the movement gave birth to. According to authorities, protesters such as the “Woman in Red” and the “Standing Man” who garnered global media attention for their brave and creative stands against police repression, were trained and recruited from abroad.

But the Gezi movement spread and endured precisely because it appealed to a broad range of people dissatisfied with AKP rule.

Rather than engage with the protesters, Ankara doubled down, portraying them as enemies of the state. The result is a deepening polarization within society, and, for Erdogan and AKP, a conundrum that a dozen arrests will not solve.

What if Ankara decided to officially view all those who took part in the Gezi protests as traitors, terrorists? It's already detained 200K alleged Gulenists, maybe 3.5M Gezi-ists are next: @WashingtonPoint on Turkey's point of no return @ahval_en https://t.co/P67UUsx5lk