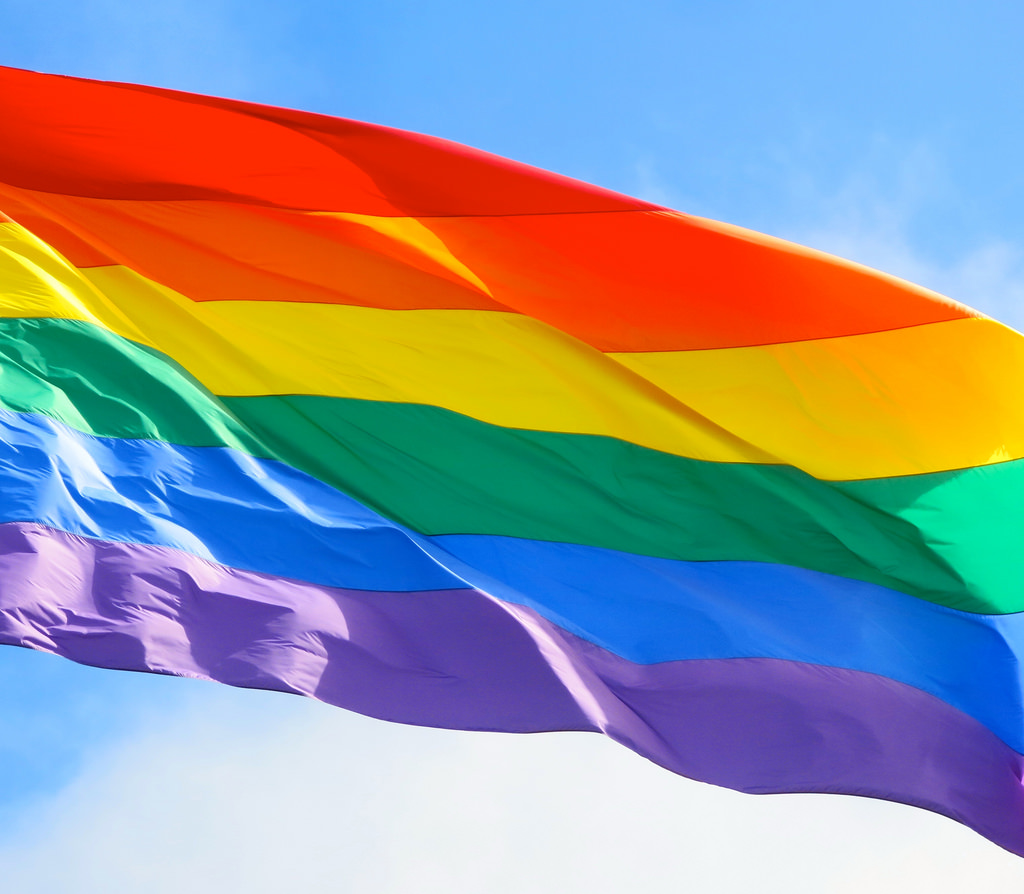 The rainbow flag represents the LGBTQ community in Guyana and many places around the world. Image via Flickr user torbakhopper, Creative Commons BY-ND 2.0.

Transgender activists around the Caribbean have something to celebrate for 2018's Trans Awareness Week.  On November 13, the Trinidad-based Caribbean Court of Justice (CCJ) overturned an archaic law in Guyana that made it a criminal offence for a man (or woman) to dress — “for an improper purpose” — in clothes typically used by the opposite gender. CCJ ruled the law unconstitutional.

At the hearing, which was live-streamed on its website, the court also awarded costs to the appellants.

The law, initially intended to curb disorder, loitering and vagrancy, dates back to 1893 when Guyana was a colony known as British Guiana. The country gained Independence in 1966 and is one of only four nations in the Caribbean Community (CARICOM) that have joined the CCJ as a final appellate court.

In its judgment, prefaced by the comment “Difference is as natural as breathing”, the CCJ noted that the law was unconstitutionally vague and criminalised the appellants’ gender expression and gender identity, adding, “The law is dynamic, not static.”

The Society Against Sexual Orientation Discrimination (SASOD), which had spearheaded a legal challenge against the law, celebrated the CCJ decision on social media:

VICTORY FOR THE LGBTQ+ COMMUNITY IN GUYANA!
The CCJ has deemed the cross-dressing laws of Guyana unconstitutional and ordered that Section 153(1)(xlvii) be struck from the laws of Guyana. #GTU #SASOD #Guyana #Right2WearGY #McEwanV592ag #transrights #F… https://t.co/tkhdgMVMWu pic.twitter.com/QwH96B6Yvc

Transgender activists began their campaign in earnest after four Guyanese transgender women were arrested and taken to court in February 2009 and fined under the Victorian-era law.

The police held the four women in custody over an entire weekend without giving a reason for their detention. They denied them phone calls, legal counsel and medical assistance. The detainees learned of their charges — loitering and wearing female attire in a public place for an “improper purpose” — when they first appeared in the Magistrate's Court in Georgetown, the country's capital.

At the time, the magistrate told the accused that they should go to church.

Another transgender woman, who had been violently attacked nearly a decade ago and was subsequently denied entry to her court hearing because of “inappropriate dress,” founded Guyana Trans United (GTU) and joined forces with SASOD and the University of the West Indies’ Rights Advocacy Project (U-RAP) in the 2010 legal challenge against the cross-dressing law, which was heard in Guyana's Supreme Court.

In 2013, then Chief Justice of Guyana, Ian Chang, ruled that although cross-dressing is not a crime, it should not be for an “improper purpose”. Both the High Court and the Court of Appeal denied the constitutional challenges, whereupon the appellants took their case to the CCJ.

The CCJ, in its ruling, also stood up for religious freedom, and rebuked the Guyanese magistrate by stating, “Secularism is one of the cornerstones upon which the Republic of Guyana rests.”

Human rights groups and other organisations across the region that had supported SASOD's campaign welcomed the CCJ decision:

Let's continue the dialogue about upholding the #HumanRights of all, including the marginalized and disadvantaged. #right2wearGYhttps://t.co/gl27a10enS

Congratulations to the team in Guyana for successfully challenging the country's unconstitutional cross dressing law. CVC is pleased to have supported this challenge from the beginning and welcomes the judgment. #DareToStandUp Read more on the ruling here: https://t.co/AnWjVMQmLJ

At a press conference following the CCJ ruling, SASOD called the judgment “a clarion call to engage state actors on how the law engenders social and economic exclusion of disadvantaged groups”. The group explained:

Trans persons remain vulnerable to arrest for small crimes like loitering in Guyana. Colonial vagrancy laws are still on the statute books…it is a victory for human rights and justice in the Caribbean.

As many Lesbian Gay, Bisexual, Transgender, Queer, Intersex and Asexual (LGBTQIA+) rights activists would agree, the struggle for rights in the Caribbean may be taking place incrementally — but it is moving forward.