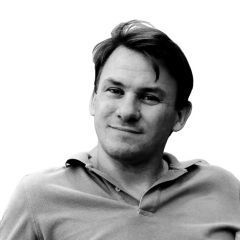 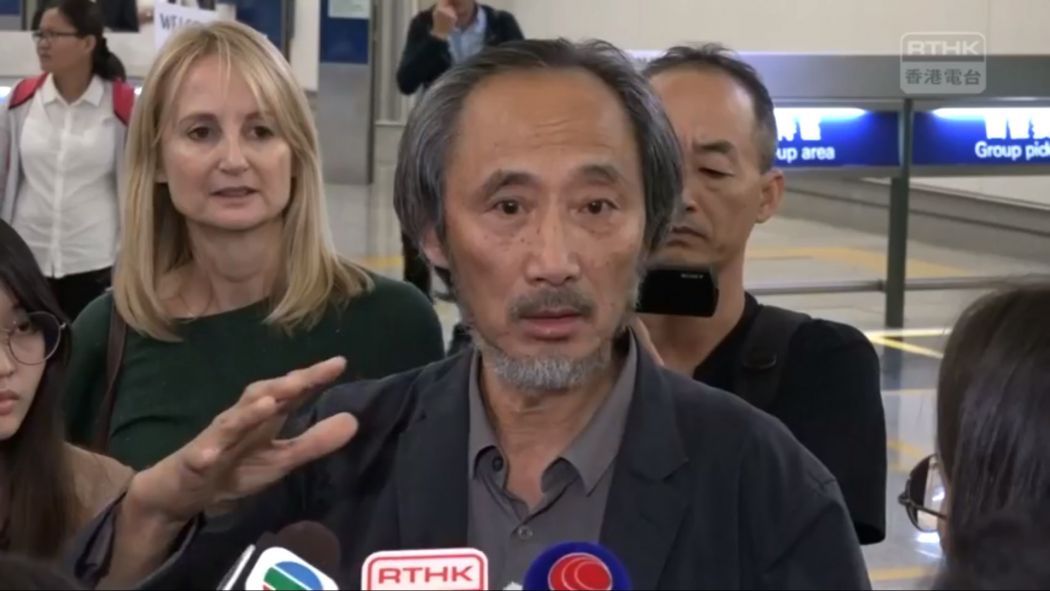 Attempts to block a controversial Chinese novelist from speaking at the Hong Kong International Literary Festival last weekend raised fears about the future of artistic expression in Hong Kong.

Ma Jian, whose books have been banned in mainland China since 1987, and who has been living in exile in the UK since 2011, was due to appear on November 10 to take part in one debate about Hong Kong literature, and in another to discuss his latest novel China Dream.

The novel takes a political swing at Chinese president Xi Jinping and was described by publisher Penguin Books as “a biting satire of totalitarianism that reveals what happens to a nation when it is blinded by materialism and governed by violence and lies.” The book's Chinese version will be published in Taiwan in 2019.

Ma has not found a publisher in Hong Kong, but this comes as no surprise. In 2015, five Hong Kong booksellers vanished and were revealed to have been detained by Chinese authorities. One of those booksellers is still being held, according to Amnesty International. All five were known for carrying books that covered politically sensitive topics.

Two days before Ma was due to speak in Hong Kong, the event venue Tai Kwun, a newly renovated art and culture hub, reneged on the booking, and asked the festival organizers to relocate Ma’s talks.

Though the decision to cancel was eventually reversed after an international furore, the attempt to sideline Ma from Hong Kong’s biggest literary event has caused many people to question what the future holds for culture and literature in Hong Kong.

The South China Morning Post, Hong Kong’s biggest English language broadsheet, published an op-ed in which it labelled the venue's behavior an “act of self-censorship”:

“…it appears to be an example of venue operators second-guessing where Beijing’s red lines may lie – and getting it wrong. Such actions pose a serious threat to artistic freedom”.

On the 20th anniversary of Hong Kong’s 1997 return to China (from British rule), President Xi Jinping declared a “red line” barring suggestions of independence for Hong Kong. This “red line” now appears to bar any references to Hong Kong self-determination.

Even the hosting of a talk about Hong Kong independence by the Foreign Correspondents’ Club has been viewed as crossing the line. Victor Mallet, FCC's deputy director, subsequently had his working visa denied and was banned from entering Hong Kong as a tourist.

Amy Qin, who reports from Hong Kong for The New York Times, tweeted: “It seems like not a day goes by now without some new evidence of Hong Kong's fast-shrinking protections for freedom of speech.”

And Ma Jian himself tweeted extensively about the incident:

Good to be back in London. But Hong Kong is my second home. It was my refuge for 10 years after my books were banned in China. The freedoms once enjoyed there allowed me to develop as a writer. I will continue to speak out whenever those precious freedoms are under threat.

‘We are witnessing the dying of Hong Kong’

Hong Kong has long been a refuge to exiled mainland Chinese writers. After the Chinese Communist Party won the Civil War and established the People's Republic of China in 1949, a large number of writers escaped to Hong Kong and settled in the colony. They started the city's proud “exile literature” tradition, which is a distinctive part of Hong Kong's cultural identity.

Novelist Louis Cha and film producer Raymond Chow — two Hong Kong cultural icons who died in the past two weeks — are two eminent examples: they have shined a light on the freedoms Hong Kong has enjoyed, in contrast with the mainland. Cha moved to Hong Kong in 1949 to escape communist attacks in China, and was able to flourish in the relative freedoms enjoyed here. Similarly, Chow moved to Hong Kong in the early 1950s and brought the likes of Bruce Lee to the world.

With this backdrop, a cancellation of such an event points to shifting winds in Hong Kong's artistic climate. Chinese-Australian cartoonist Badiucao, whose work explores abuses of power and whose real identity is kept secret, canceled his debut solo exhibition in Hong Kong earlier in November after what he claims were “threats” from China.

“I really admire artists and dissidents who are brave enough to do it openly. I see myself as a coward,” he told Hong Kong Free Press a week before the exhibition's cancellation. He also expressed concerns about how the city is failing to protect its controversial artists: “I think we are witnessing the dying of Hong Kong.”

These new ‘rules’ of Hong Kong art etiquette even extend to the commercial film and music industries as well. Movies critical of communist rule have vanished from theaters despite healthy box office sales, while others have been banned in mainland China.

While there are few written rules about what the Chinese authorities will and will not condone in Hong Kong’s art, one artist and lecturer thinks that’s deliberate.

“There is a lot of speculation about what is allowed and what’s not. It is more of a psychological red line to create fear, so that you self-censor,” Sampson Wong, artist and lecturer at the Hong Kong Academy for Performing Arts, told Quartz.

Past events suggest this is an approved, long-term strategy by China’s ruling party.