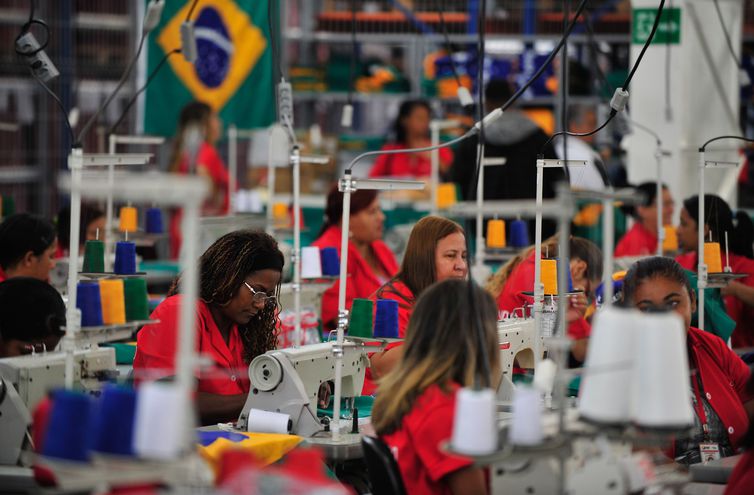 Volkswagen has employees working up to 30 days without a break. Banks and telemarketing operators clock employees’ bathroom time. Big retailers found to employ slave labor. Those are some of the headlines that made the news in Brazil over the past several months — and the underlying story in all of them is the country's new, more flexible labor regulations.

In November 2017, Brazil's president Michel Temer sanctioned a law allowing companies to outsource all of its activities, including core ones. In August 2018, the Supreme Court confirmed the constitutionality of the law. The government hoped that loosing up employment regulation would help boost the job market as Brazil endured an economic recession — its GDP receded 3.5 percent in 2016, the worst downturn since the 1980s. Pick up has been slow since.

Schools are now allowed to outsource its teachers, with a private contract signed between the two parties replacing the standard employment relationship, and therefore skipping a regular monthly wage, benefits, and social security.

Before the law was approved, the understanding of Brazil's Superior Labor Court, the highest appellate court for labor issues, was that companies could only outsource support activities, such as cleaning, security, and maintenance.

The National Association of Labor Magistrates (Anamatra) criticized the Supreme Court's decision, stating that judges should exercise caution before embracing the new rules:

All that is left is for labor judges to evaluate, case by case, if the new model will affect social rights as well as constitutional and legal guarantees of workers.

In 2015, a report by the International Labor Organization revealed that 66 percent of Brazilian workers didn't have a permanent contract. In developed countries, that rate is of 15 percent. Although the legalization of outsourcing was only beginning to be discussed at that time, the report includes a warning that it could “jeopardize labor rights” in Brazil.

In an interview with magazine Carta Capital, sociology professor Ricardo Antunes, from the University of Campinas, says that while “slave labor was bought, outsourcing labor is rented.”

It's obvious that we are not returning to the slavery from the 1500s, but we're entering an era of digital slavery, which includes outsourced, precarious, informal work, [an era of] work with the absence of rights, and a dependence to a goal-oriented system, which has led to suicide and work-related ill health.

Brazil's labor relations are regulated by the Consolidation of Labor Laws (which locally are called by its acronym “CLT”), which is a set of measures approved by ex-president Getúlio Vargas in 1943. They were established to lower the tension between Brazil's growing union movements and its industrial entrepreneurship, which were increasingly important for the country's economy.

Over the past 70 years, the Consolidation of Labor Laws has changed multiple times, but never as radically as the 2017 reform. Besides legalizing outsourcing, the new CLT revoked mandatory union contribution, allowed individual bagaining to overrule over any general regulation, and introduced new hiring regimes, such as the so-called zero-hour contracts, which are common in the United Kingdom in which the employer is not obliged to provide a minimum income.

The government argued that the reform was necessary to increase the number of jobs in the context of the recession.It hoped that it would create two million new vacancies in the following two years. But ten months have passed and there is still no sign of recovery. In the second quarter of 2018, the unemployment rate dropped from 12.9 percent to only 12.4 percent.

Specialists state this drop is due to a growth in the informal market and the number of people who have given up finding a job. There are 65 million Brazilians who are neither working or looking for a job according to Brazil's National Institute of Statistics.

Brazil seem to be following the same path as the Spanish 2012 labor reform. Research indicates an increase in job offer in the past five years in Spain, but a decrease in general wage and worsened working conditions, leading to an spike in social inequality.

Professor Marcio Pochmann from the Institute of Economics of Unicamp, in an interview to the newspaper Nexo, said that lack of job safety as well as precarious work conditions may have a negative impact on family income and in turn jeopardise the overall recovery of Brazil's economy:

The labor reform introduces a contract that overhauls the right to a monthly income, something that experts call precarization of the work conditions. It increases instability by removing the predictability of income. So it was a structural change that brought about recession and then precarious work conditions. The situation won't be resolved until there is a revision of the form of formalization of the job market. The reform impedes a sustainability of jobs.