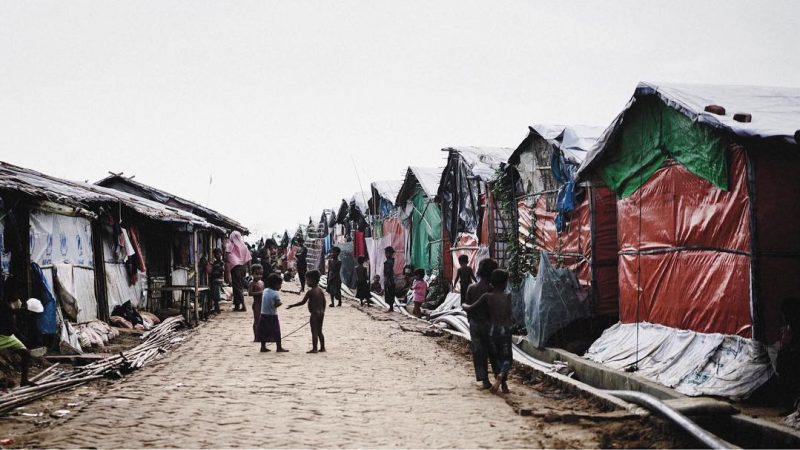 Lombasia, a section of Kutupalong refugee camp. Image from Instagram by the author.

The year of 2018 has witnessed some excoriating developments in the ongoing Rohingya crisis. In March, the UN Special Rapporteur on Human Rights in Myanmar described the crisis as bearing the “hallmarks of genocide”. Five months later, the International Independent Fact-Finding Mission accused Myanmar of having “genocidal intent” and of having committed crimes against humanity and war crimes. And then in October came another blow for Myanmar when the International Criminal Court decided it had jurisdiction over the crime of deportation of Rohingya from Myanmar to Bangladesh.

Rohingya advocacy groups were buoyant and dared to allow themselves to think that these developments were an indication of progress. Then suddenly, within the space of a month, the outlook for the 1.1 million Rohingya refugees in Bangladesh changed. Out of the blue, though not unexpectedly in an election year, the Bangladesh government decided to enforce the agreement on repatriation they had signed with Myanmar in January 2018.

The original plan to begin repatriating Rohingya refugees on Thursday 15 November was reportedly postponed after protests by refugees at a camp near the border between Bangladesh and Myanmar. But there has been widespread anxiety and consternation in the camps as the refugees face the possibility of forcible return to Myanmar amidst reports that Myanmar is not yet ready to receive them. The decision has been described as dangerous by both the UN High Commissioner for Human Rights and a number of aid organisations helping the refugees.

Bangladesh's Refugee Relief and Repatriation Commissioner has said two transit camps have been created in Kerontali and in Ghumdum, Naingkongchori, in preparation for the repatriation of #Rohingyahttps://t.co/XjVt2svPCU#nonrefoulement #RRRC pic.twitter.com/CbEq5oPSZA

Before repatriation #Rohingya, Security of life,citizenships right,human rights and other basic rights must be ensured pic.twitter.com/FBK665mMUm

The United Nations’ refugee agency will not provide humanitarian assistance to #Rohingya Muslims who return to Myanmar if they are interned in camps, according to an internal position paper circulated days before the initial repatriation is due to start.https://t.co/LuQqOt1e2f

This is not the first time that involuntary repatriation has been contemplated and implemented and in a context where conditions in Rakhine state, from where hundreds of thousands of Rohingya fled last year, are not favourable. This article takes a brief transect walk through the four-decade-long histories.

A tolerance for injustice

Walking around Kutupalong refugee camp, you might get an urge to dismantle the set of institutions, practices, and relationships that have created the place, because you will find it impossible to understand how people tolerate the kind of incoherence and injustice you see all around you. If you are Bangladeshi and you realise that this is part of your country, you will find it hard to conceive of the incentives or inducements that led the powers that be and various other forces to create and maintain such a place. Even if you view Kutupalong as a stage the drama of recent history is played out, you will question the sense of such repetitious and costly productions. 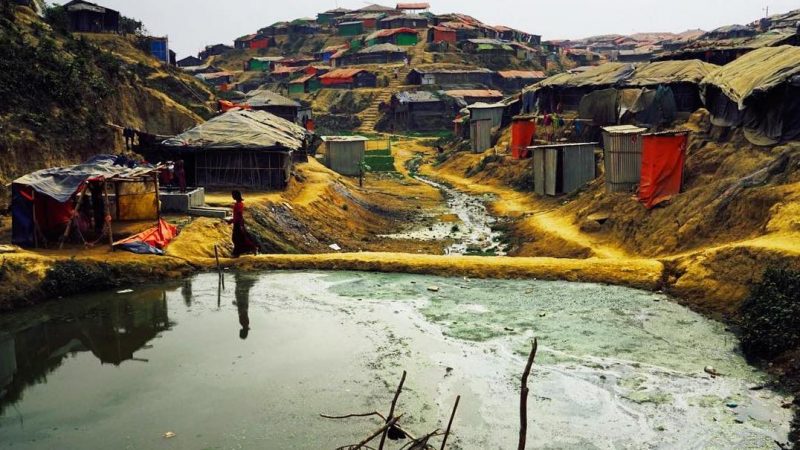 Pools of fetid, stagnant water dot the Rohingya refugee camps in Bangladesh. Image from Instagram by the author.

Myanmar's crimes against humanity and crimes against peace may have not yet been deliberated upon properly in international fora. But who will take into account and argue that the crimes perpetrated by Myanmar are compounded in places like Kutawpalong—a place that is supposed to provide refuge for vulnerable people?

Here in Bangladesh, there is an amazing capacity for forgetting, ignoring or bypassing what is unpleasant or inconvenient—indeed, for anything that goes against the basic tenets of humanity and international law. Let us begin with the late 70s and the first mass exodus of more than 200,000 Rohingya refugees. This is what Human Rights Watch stated in their 1996 report:

Expecting to find protection, these refugees only found further persecution by a (Bangladeshi) government that was as keen to see the back of them as their own. Over 12,000 refugees starved to death as the Bangladesh government reduced food rations in the camps in order to force them back, and following a bilateral agreement between the two governments, the majority of refugees were repatriated less than 16 months after their arrival. 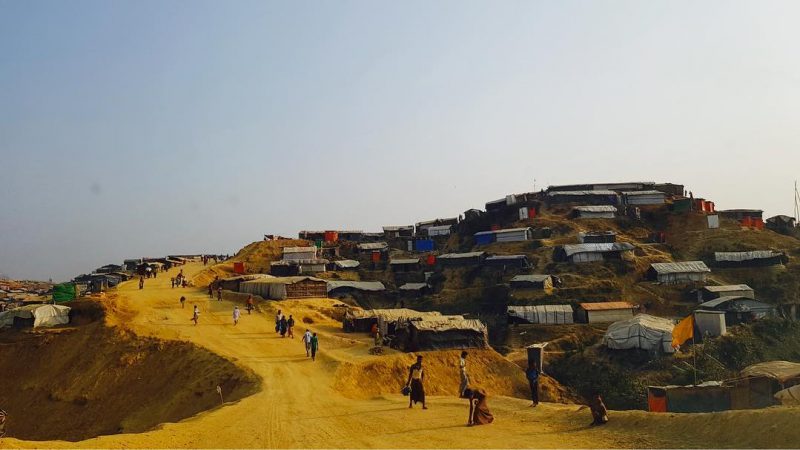 You are looking at a refugee camp, at poverty, at statelessness, racism, self-interest, criminalization, exclusion, racialization, contradiction. And denial. Image via Instagram by the author.

Another big exodus from Myanmar happened in 1991. And another set of forced repatriations took place in 1992 and 1993 that were equally merciless. There were clashes between refugees and Bangladeshi authorities, and there were fatalities. Those repatriated, some 50,000, could not be traced by the UNHCR three years later. A little over a decade later, in November of 2004, a number of Rohingya refugees died and scores were injured during another episode of forced repatriation from the camps of Bangladesh.

The Bangladesh government's first defence of this action to the public and to the world at large was that Bangladesh was a poor country and could not possibly cope with such large numbers of refugees. And while the political hue of the government has since changed, the quality of discourse, reflection and policy pronouncements has not shifted in four decades. The Bangladeshi government has a single-minded resolve to return all the Rohingya refugees. Over the years, it has managed to rope UNHCR into doing its bidding by categorizing Rohingya as “economic migrants”, not asylum seekers. And so it follows that the needs and vulnerabilities of those in the camps are not of concern. These people need only be returned.

15 #Rohingya who left from #Sittwe were arrested in Ann Tsp by authorities while they were traveling to #Yangon on 12 Nov 2018. Source-https://t.co/39XMAm5Rpq #Bangladesh govt must stop the repatriation of #Rohingyas back to #Myanmar because nothing has changed in Rakhine state. pic.twitter.com/5d7FSXOYVd

time nd time again we have seen how repatriating the Rohingya has never worked nd yet in 48 hours the #Rohingya repatriation from bangladesh starts.wen repatriation is forced nd not voluntary, it's no longer repatriation. It's refoulement. It's illegal nd a crime against humanity pic.twitter.com/ojB2qjJyh9

Surely the inability to promote an awareness of the shortcomings of this approach this stands as one of the signal under-achievements in the annals of refugee history. How, in 2018, can we still see repatriation as an objective, when all the evidence points to the fact that these cyclical influxes into Bangladesh are rooted in Myanmar's pernicious persecution and denial of citizenship to Rohingya, although they have lived in the country for generations? If returned, Rohingya refugees will again endure the cycle of murder, rape, physical torture, forced relocation, herding into camps, land and property confiscation, compulsory labour, limitations on access to education, employment, and public services, restrictions on marriage, limitation on the practise of religion, destruction of mosques, et cetera. 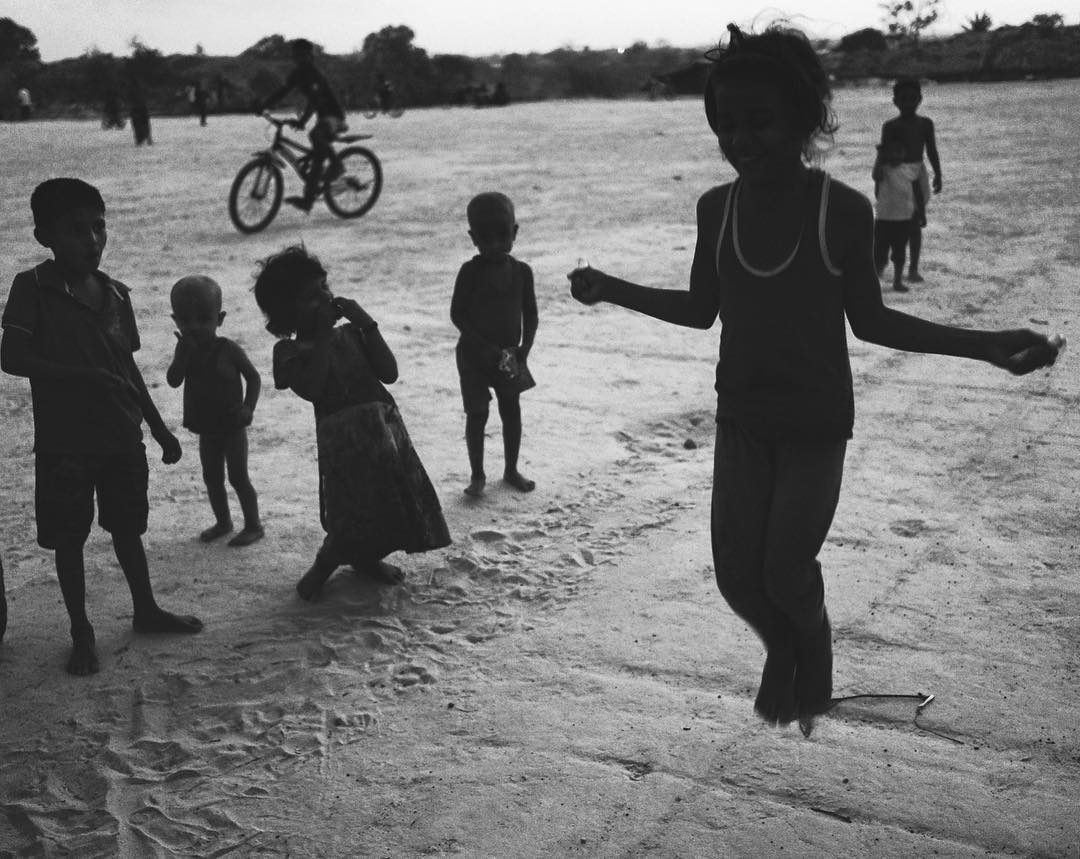 Skipping at dusk. There is a playing field at an elevated level in #Kutupalong #refugee camp. It is always full of activity. Lined on one side with small shops selling fizzy drinks, snacks, ciggies and paan. Image from Instagram by the author.

In the meantime, generations of stateless children are growing up in the camps in poverty, without opportunities, without any possibility of social mobility, and in conditions, no image will be able to convey. One really needs to visit the place to get a proper feel.

There is a difference between mourning and melancholia. Mourning is when one accepts one's loss and moves on. In melancholia, one does not accept the loss, which then becomes incorporated into one's being to the point where one continually remembers it.

Walking around Kutupalong, one feels melancholy, because the Bangladesh government won't have it any other way. 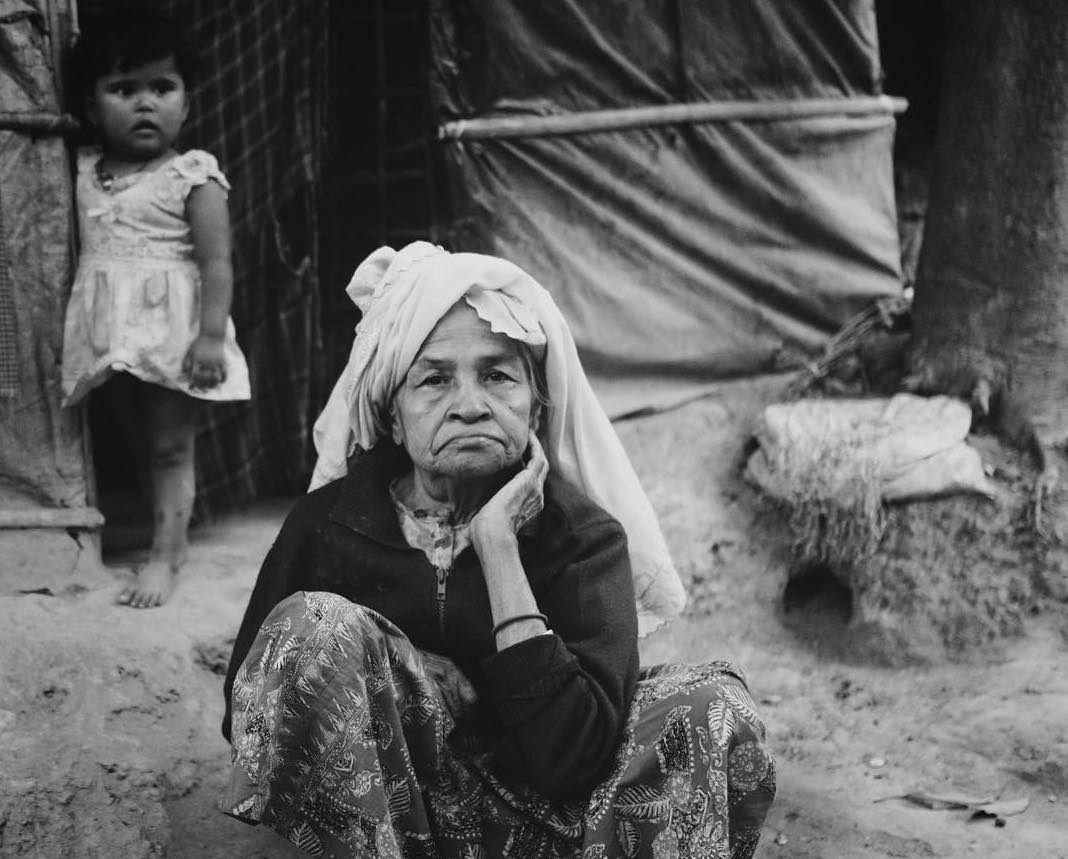 A #refugee camp is no place to bring up a child. In the #Rohingya camps, things are very difficult. For any age of person. The root of cyclical influxes into #Bangladesh is the denial of citizenship to Rohingya in Myanmar and the relentless persecution meted out to them. Image via Instagram by the author.