Who is Sérgio Moro, the Brazilian judge who sentenced former president Lula and will be Bolsonaro's ‘superminister'? 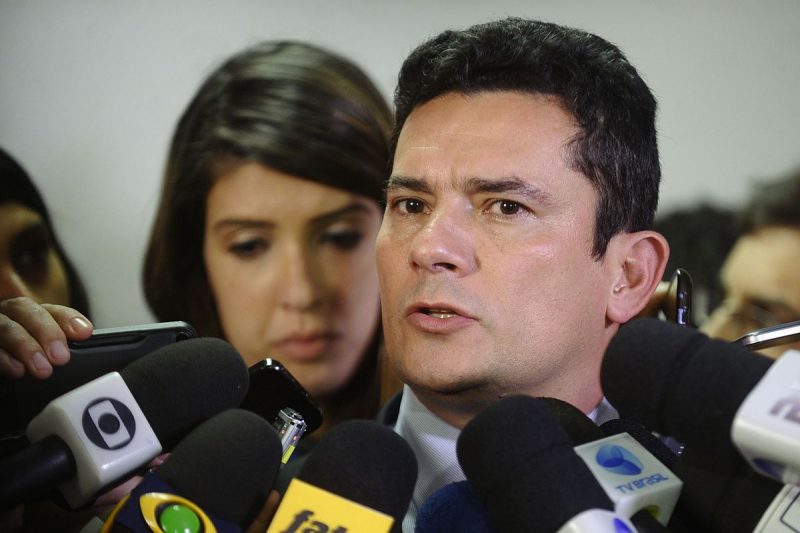 Sérgio Moro, the federal judge responsible for the anti-corruption operation “Lava-Jato” (or operation car wash) was confirmed as the Minister for Justice in the incoming government of president-elect Jair Bolsonaro.

Moro is a controversial figure, seen by part of Brazil’s population as a symbol of the fight against corruption, but by others as having taken partisan actions in persecuting certain figures.

A disciple of Operation “Clean Hands”

Operation Car Wash refers to a collection of anti-corruption investigations that began in 2014. Initially, it aimed to investigate evidence of a gas station being used to cover up money laundering in Curitiba, the capital of the southern Paraná state — which gave the operation its name— but ended up revealing a large network of bribe payments by big Brazilian contractors to politicians from various parties.

As the incumbent of the 13th Federal Court of Curitiba, Sérgio Moro was at the front of some of Car Wash’s most mediatized trials. As an admirer of the operation Clean Hands (“Mani Pulite” in Italian), which investigated corruption among Italian political elites in the 1990s, Moro applied strategies inspired by those used by the prosecutor Antonio Di Pietro, leader of the Italian operation.

The controversies of Car Wash

The strategy of mediatizing Car Wash’s trials brought the investigating team the support of a significant portion of the Brazilian population. However, some events caused distrust and accusations that the investigations were directed by political interests with the objective of attacking the government and politicians of the Workers’ Party (PT), who ruled Brazil from 2002 to 2016.

One of the biggest controversies around Sérgio Moro relates to the leak of audio recordings of a secretly monitored telephone call of then-president Dilma Rousseff with the ex-president Luiz Inácio Lula da Silva. This could be illegal because, first, as the investigation involved a sitting president, it should have been submitted to the Supreme Court, which would then decide whether this piece of information should be kept secret. Also, it is possible that only the Supreme Court had jurisdiction to order the wires to be tapped in the first place. Brazilian legal experts diverge on this.

In another controversial case, the magistrate Rogério Favreto, of the Appeals Court where Lula’s trial took place, decided in July 2018 on freeing the ex-president. Then, Moro, who was no longer the judge responsible for Lula’s case and was also on holiday, sent a dispatch urging the federal police to disobey the decision.

In the most recent case, less than a week before the first round of the presidential elections, Moro made public parts of the plea bargain made by Antônio Palocci, Lula's economic minister in 2003-2006, in April, which implicated Lula in the Petrobras corruption scandal.

The information given by Lula’s former minister did not bring new elements to the investigation, nor were they backed up by evidence. For this reason, Palocci’s first attempt at a plea bargain was not accepted by the Car Wash task-force in Paraná.

After the nomination, General Hamilton Mourão, vice-president elect, told the press that Moro had been invited to the cabinet during the electoral campaign. This suggests that when he released this information (which hurt the Workers’ Party candidate), he already knew about his possible participation in Bolsonaro’s government.

Bolsonaro plans to merge the Ministry of Justice with the Ministry of Public Security, created by current president Michel Temer, as well as add to it responsibilities that are currently assigned to other government bodies.

It has been speculated that the powers of the Ministry of Transparency, Supervision, and Control would also be added to his role, creating what has been called a “superministry”.

Sérgio Moro will have to leave the magistrature and Operation Car Wash in order to join Bolsonaro's cabinet in January 2019.

Polemics around the nomination

Much like the federal judge’s actions in the Car Wash operation, Moro’s nomination has been dividing opinions. The president-elect’s supporters see the nomination as a sign of the strengthening the fight against corruption, while critics argue the nomination would confirm the partisan bias of Moro’s actions at the head of Car Wash.

The judge was responsible for the conviction and sentencing of Lula, who was set to run in the 2018 races (and was leading the polls up until the moment he withdrew his bid) in a process beset by controversies. Additionally, the leaks of secret information at critical moments caused irreparable political damage to the Workers’ Party, which benefitted Bolsonaro’s campaign.

Commenting on the nomination, Ciro Gomes, ex-governor of the state Ceará and third-runner in the first round of the October presidential elections, criticized the judge. He refers to the possibility that Bolsonaro would appoint him to the Supreme Court (two spots will open up during his administration):

I think that Moro is a political, petty-politico judge. So it is much better that he stays in the Ministry than in the Supreme [Court]. He should just take up politics already. His aptitude for politics is total. But with the robes he becomes an aberration.