Jamaican dancehall artist hits a nerve by ‘bleaching’ her skin — did fans get the message? 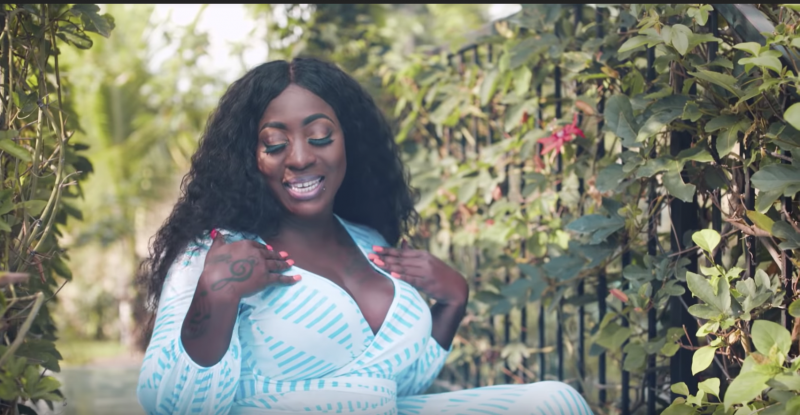 A screenshot of Spice taken from the YouTube video of her new song, “Black Hypocrisy”, which explores the issue of colourism.

In the male-dominated world of Jamaican dancehall, Grace Hamilton, whose stage name is Spice, has made her mark as a  self-starter. Her career took off in 2009 when she teamed up with Vybz Kartel on the controversial (and banned) single “Romping Shop”. Throughout her career, she has used sexually explicit lyrics and tackled taboo issues head-on — including one that is often swept under the table in black communities — colourism.

In October, Spice startled her fans (whom she affectionately refers to as her “smurf gang”) by posting a pouting picture of herself on Instagram with apparently bleached skin and long blonde hair. The following day, she released her new song, “Black Hypocrisy”. The song addresses colourism — that insidious tendency to uphold lighter-skinned privilege, causing many black and darker-skinned brown Jamaicans to self-discriminate.

Fans were taken by Spice's newly minted, caramel-coloured skin. Had she really “bleached” her skin, following a pervasive practice in Jamaica? Why were some fans fond of the move?

Lecturer at the University of the West Indies, Isis Semaj Hall, addressed the fans’ accepting response in a blog post:

It is important to note that Spice did not actually bleach her skin — but the fact that so many viewers thought she did (still think that she did and want to know what magic she used to get such quick, even, and outstanding results) proves that the issue of bleaching is bigger than we want to admit in the African diaspora …

How the viewer responded to the initial images of Spice that were posted by the artiste on her own social media accounts prior to the release of her music video, is a testament to the very subject that Spice was tackling: a to-the-core belief in brown and white skin privilege, a to-the-core belief that darker skin is a stumbling block in life, and a to-the-core lack of awareness about black hypocrisy regarding colorism.

Spice rides a reggae riddim [rhythm] to deliver a timely message on skin bleaching, self-hate, and the legacy of colonialism that is imprinted on the minds and skins of too many in Jamaica.

The Jamaican songstress’ stunt — putting images of herself with ‘bleached’ skin on the internet and stating in interviews that the change in her complexion was to please her Black audience — was done in an effort to expose the very real danger of unchecked colourism in the BLACK community.

Many times, we shy away from the colourism conversation from fear of being confronted, challenged and called out for participation. Spice revealed that she doesn’t receive negative responses regarding her complexion from white people, but rather from Black folks. This is a common reality for many people with dark skin. Any attempt to rip the Band-Aid off of this generations-old wound is welcomed. We cannot heal what we refuse to acknowledge.

Two weeks after she posted the photo, the flamboyant star confirmed that she did not, in fact, bleach her skin:

On October 22nd I posted a picture of myself where I looked like I altered my appearance and metamorphosis to match the ‘Eurocentric beauty standards’. I fearlessly addressed an issue that has been swept under the rug and boldly took the stance in bringing a taboo topic to the forefront. I chose to do this in the manner I did because I believe Colorism is plagiarizing (sic) our black community … I want to openly say it was not a ‘publicity stunt’. I wanted to create awareness of ‘Colorism’ and it was more so done intentionally to create shock value so that I could have the world's undivided attention to deliver the message in my music.
There are dark skin[ned] women across the world complaining every day that they are being downplayed and degraded, but the raw truth is it is us ‘black women’ and ‘black men’ that are fighting against each other and tearing down our own race.

The response from dancehall fans was more mixed. Some felt empowered:

@spiceofficial I watched your video #BlackHypocrisy when it first came out and I support your message to the fullest. I don’t get why WE as black people judge our own. We need to do better to ourselves

The negative impact upon Black people is evident in the way spice is proud to parade as a bleach out duppy….she is doing more to endorse this enslaved mind behaviour …..than to uplift Black skin people….for fame .. self glorification… thirty pieces of silver..
….

Many noted that the issue was not new, and questioned whether people were prepared to do what is necessary for the status quo to change:

Where were the campaigns and movements? I believe we are not incensed by colorism in Jamaica. It’s almost trendy to talk about and not really something we want to fix per se.

In the end, the whole controversy led up to the big launch of Spice's new mixtape:

Was the move a mere publicity stunt? Spice got the last word on Instagram:

To put an end to the debate ‘I DID NOT BLEACH MY SKIN’ and I quote ‘Proud a mi colour, love mi pretty black skin, respect due to mi strong melanin’ words from my ‘Black Hypocrisy’ song that I wrote from my heart.

Whether or not the message resonates with her fans is another question.