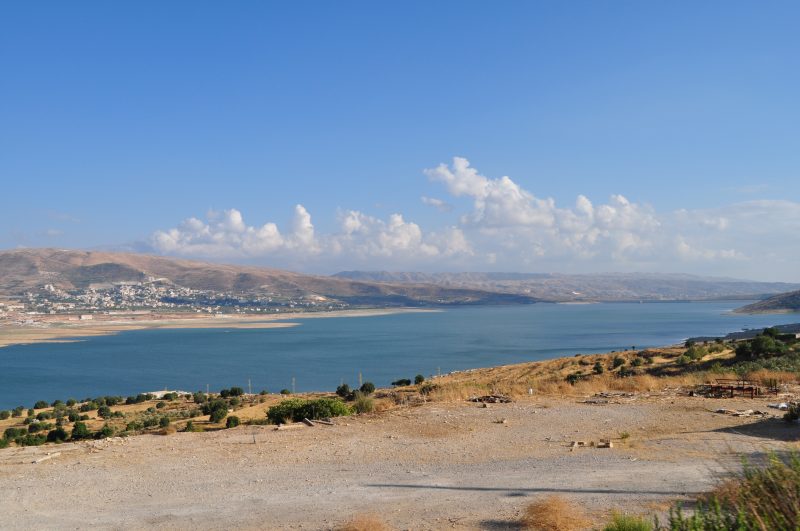 On Thursday, November 8, 2018, Lebanon's caretaker Minister of Industry ordered the shutting down of 75 factories [1] operating without a valid license in the Bekaa region, for their role polluting the Litani River.

The Litani, the longest river in the country, is an essential source of water for irrigation and hydroelectricity production. It is more than 140 km long and produces an average annual flow of 920 million cubic meters.

Throughout the years, the river has been subject to many physical transformations that have caused a number of hydrological changes in its basin. Notable ones include the Litani River Dam, which was completed in 1959, along with the creation of  Qaraoun Lake. The reservoir has been used for hydropower generation, domestic water supply, irrigation, and recreation.

Today, the river is threatened by many risks and hazards. According to the Litani River Authority (LRA), a government body formed in 1954 to facilitate the integrated development of the Litani River Basin, the main issues [2] affecting the Litani are the uncontrolled exploitation and abuse of water resources, and the polluted wastewater flowing directly into the river basin from households and factories.

In 2014, the Lebanese government put in place a $730 million proposal in a bid to clean up the catastrophic pollution of the Litani River and Qaraoun Lake and prevent future contamination. The Daily Star reported [3] that this seven-year plan was meant to expand sewage treatment networks, manage solid waste and pesticide pollution, and help factories reduce the dumping of chemicals into the water. The project never saw the light.

Four years later, not much seems to have changed. In July 2016, tests done by the South Lebanon Water Establishment [4] showed that the Litani’s muddy waters contained bacteria that cause a multitude of diseases, including typhoid and salmonella. Even the land surrounding the river was not spared, as 37 per cent of the area has been infected with salmonella, according to the SLWA (the accepted “safe” level is two per cent).

The waters became so polluted that the World Bank agreed to a loan of $55 million [5] to reduce the quantity of untreated municipal sewage discharged into the Litani River and to improve pollution management around Qaraoun Lake. But given the government's recent failures, environmental activists are unsure about the effectiveness of such a project.

A study by the American University of Beirut [6] has shown that water extracted from the Litani during the drier summer months is basically sewage. Vegetables irrigated with contaminated river water were shown to contain a high accumulation of trace metals, which can affect the central nervous system and disrupt cardiovascular and kidney function.

Ongoing negligence has led to many protests from citizens whose livelihoods are directly linked to the river. In August 2016, residents of Qaraoun Village, a lakeside town on the the edge of the Qaraoun Lake, cut off irrigation canals [7] in protest at the pollution in the reservoir and the foul smell it was emitting. Earlier this summer, owners of restaurants and resorts [8] in South Lebanon called for the government to compensate them for the losses they sustained due to the ongoing pollution of the Litani River.

On November 9, 2018, the LRA published [9] a list of factories which, after a thorough technical assessment, have been accused by the Zahle criminal court of polluting the Litani River. In addition, they shared a short video showing the extent of the damage done to the river basin as a result of the lack of enforcement of environmental laws. The LRA insists that the protection of the Litani River from industrial pollution starts with the imposition of environmental compliance standards on licensed and unlicensed institutions.

The protection of the Litani River from industrial pollution… Starts from the imposition of environmental compliance standards on licensed and unlicensed institutions. #TheNationalLitaniRiverAutority

In their documentary about the political economy of water in Lebanon, researcher Dr. Karim Eid-Sabbagh and independent journalist Paul Cochrane highlight the dangerous effects of environmental degradation on the country's water resources. Their film, We Made Every Living Thing from Water [13], shows how citizens are mobilizing in the face of government disregard for ecological issues, to preserve this valuable resource.

In the context of a weak institutional and regulatory framework, the Lebanese water sector faces many challenges [14]. Fanack Water [15], which aims to provides accessible, well-researched information on the state of water resources in the MENA region, outlines some of the main issues: inefficient public water distribution system, poor service delivery performance, and poor wastewater management, in addition to the issues caused by the sector’s fragmented institutional and legal framework.