A conversation with Gyani Maiya Sen, one of the last speakers of a dying Nepali language 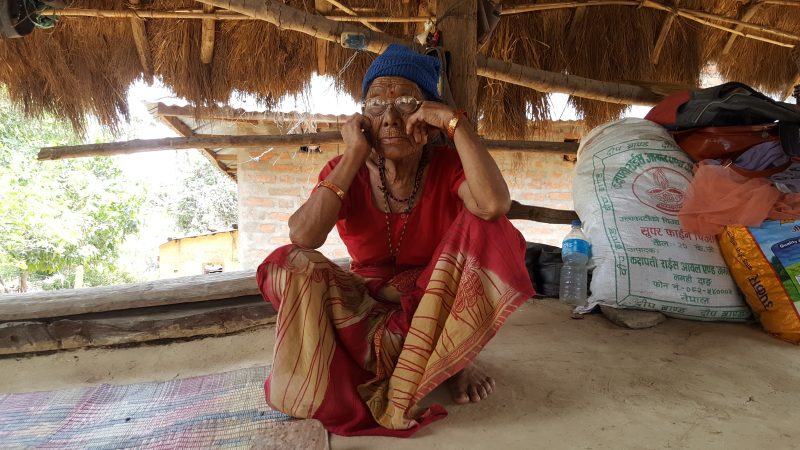 For years, people knew very little about the Kusunda language of western and central Nepal. The 2011 Census conducted by Nepal’s Central Bureau of Statistics puts the population of Kusundas, a forest tribe of western Nepal, at around 273. To learn more about the language and the culture of the Kusunda people, Global Voices spoke with Gyani Maiya Sen Kusunda — one of only two fluent speakers of the dying Kusunda language.

‘The kings of the forest’

It was hot and humid, the roads were empty, and not even the battery-powered Tuk-Tuk drivers were willing to offer us a ride. With heavy tripods, cameras and other filming equipment, we headed to Gyani Maiya Sen’s house in Kulmor village in Nepal’s Dang district. Gyani Maiya Sen Kusunda, in her early 80s, is one of the only two fluent speakers of the dying Kusunda language. The population of Kusundas is believed to be 273; however, field studies by researchers have shown only 150 of them dispersed in the Dang, Rolpa, Pyuthan, Arghakhanchi, and Surkhet districts of Nepal.

Kusundas have settled in villages after their forefathers spent their lives in jungles and caves as nomadic tribesmen. They would visit the villages only to beg alms, and many Kusundas still feel embarrassed to reveal their surname as they are still treated as ‘people from the jungle’. However, nowadays they have taken Thakuri surnames such as Shahi, Sen, and Khan — surnames connected with the ruling clan of Nepal. Kusundas claim themselves to be ban rajas, the kings of the forest.

Kusunda language is an isolated language which means it is not related to any other languages in the world. Unfortunately, it is also defined by a younger generation, that has stopped speaking it — leaving the language to slowly fade out as the older generations pass away. Besides Gyani Maiya, her sister Kamala, in her early 50s, is another fluent speaker of the language from their community. 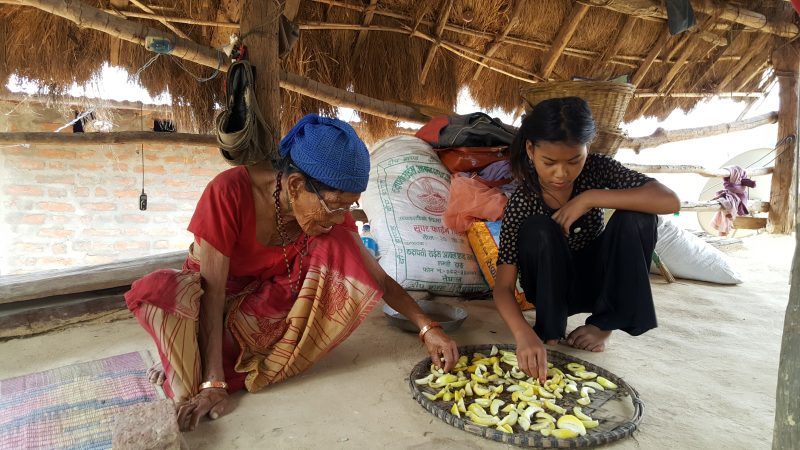 Gyani Maiya Sen with her granddaughter. Image by author.

No hooves, only claws

As we started talking to Gyani Maiya and she started telling us about their culture and tradition, a stray cow entered the barn. She suddenly rose from her seat, climbed down the ‘lisno’ (a wooden log shaped into a ladder), and shooed away the bovine. When she returned back, she talked to us about Kusunda food habits. She said, “Kusundas avoid animals with hooves but love eating ones with claws.” They wouldn’t even touch cattle including goats and pigs. They would neither kill a deer nor eat venison which shows how they co-exist with nature.

However, they love eating birds, a pheasant being their favorite. And the monitor lizard is their preferred hunt. It's so special that it has become a part of the bridal ceremony, as they need to present its egg, meat, clothes and of course some money to the would-be bride's family. If they can’t find a monitor lizard egg, the initial conversation can’t happen between the interested parties. And no monitor lizard meat means ‘no marriage’ at all. 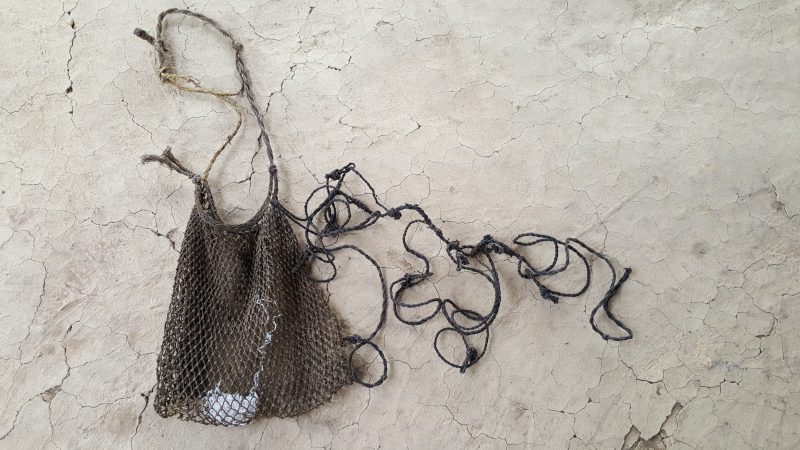 The bag and the snare. Image by author.

She then unpacked a tangled bulk of cords. The mesh of cords was a snare to trap jungle fowls and bag meant to carry the trapped birds. Made from cords extracted from wild creepers, the snare is called ‘aant‘ and the bag is called ‘aamji‘ in Kusunda language. The Kusundas tie the snare between two trees, hide nearby and make sounds like pheasants by putting cycas leaves between their lips. As the birds pass through the trees, they get trapped and then they catch and carry those birds in this bag with perforations.

While we were busy documenting the special words of Kusunda language, I could see a swarm of tiny insects heading to a small hole in a wooden log. Neither honey bees nor flies, they are called ‘putka’ according to Gyani Maiya and they yield honey-like sweet substance.

Finally, Gyani Maiya showed us her barn. She had planted yams in every nook and cranny. With a help of a small spade, she unearthed some of them and put them in the aamji. For a woman of above 80, she was still a strong figure. And above all, her commanding tone was the evidence of the aura she might have carried around when she was young — powerful like a ‘queen of the jungle’. 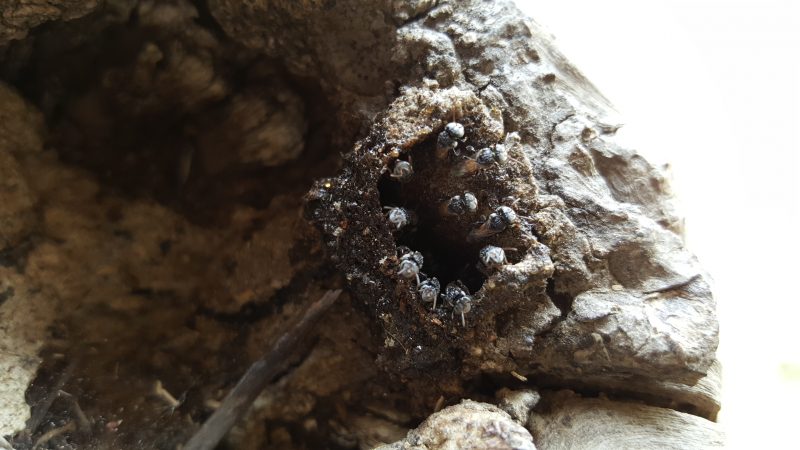