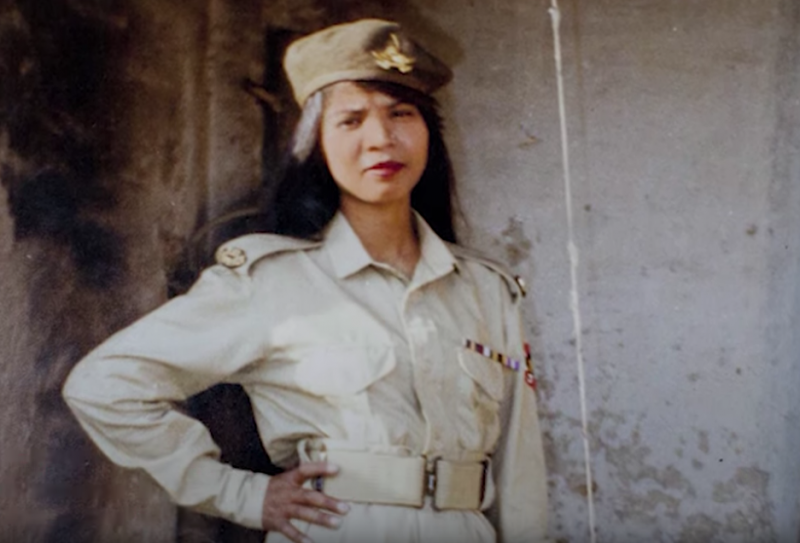 Screenshot of an old photo of Aisa Bibi. Image from YouTube via the Telegraph

Petitions and campaigns have been launched against right-wing Islamist political party Tehreek-e-Labbaik Pakistan(TLP) [2], in the wake of the violent protests followed by Asia Bibi's acquittal [3] on October 31, 2018. Pakistani Christian Aasiya Noreen (widely known as Asia Bibi) was convicted of blasphemy and sentenced to death by hanging by a Pakistani court for allegedly making derogatory comments against Islam — a charge she denies.

After Asia Bibi's acquittal, TLP  [2]led a violent wave of protests which took over major cities of the country [4] and brought the country to a halt for three days. The protesters demanded that the acquittal be reversed and Bibi hanged.  Violent protesters [5] were seen carrying sticks, guns, and swords and were burning down vehicles and blocking roads.

Soon after the protests spread over the country, a campaign to launch petitions against TLP [2] for spreading extremism was initiated. A non-profit awareness project, Pakistan Votes [7] urged people to join to legally proceed against the TLP [2] leaders, Khadim Hussain Rizvi [8] and Pir Qadri. They posted on Facebook:

Within a day, 175 Pakistani citizens volunteered to petition [9] against the political group.

Simultaneously, another campaign to ban the TLP [2] was launched by the civil society with the hashtag #BanTLP. [10] Activist Jibran Nasir tweeted:

People joined the civil society in support. One netizen tweeted:

Imagine representing a religion which literally means ‘peace’ and ask government to hang a mother of five! #BanTLP [11]

After three days of the shutdown, a treaty was signed [19] between TLP and the government. According to the treaty, Asia Bibi's name would be put in the Exit Control List that means she would not be able to exit the country. Her case was to be sent into appeal and the TLP arrested workers were to be released.

Asia Bibi was released from prison on November 7, 2018, and was moved to an undisclosed location [20] in Islamabad by the government after receiving death threats.

Recent rumors of Asia's exit from the country has stirred more controversy, and TLP again plans to hold countrywide protests. The country is watching the situation with bated breath as the government struggles to put things back to normal.