Life after Manus: Talking to Iranian cartoonist Eaten Fish about life in and out of Australia's detention camps 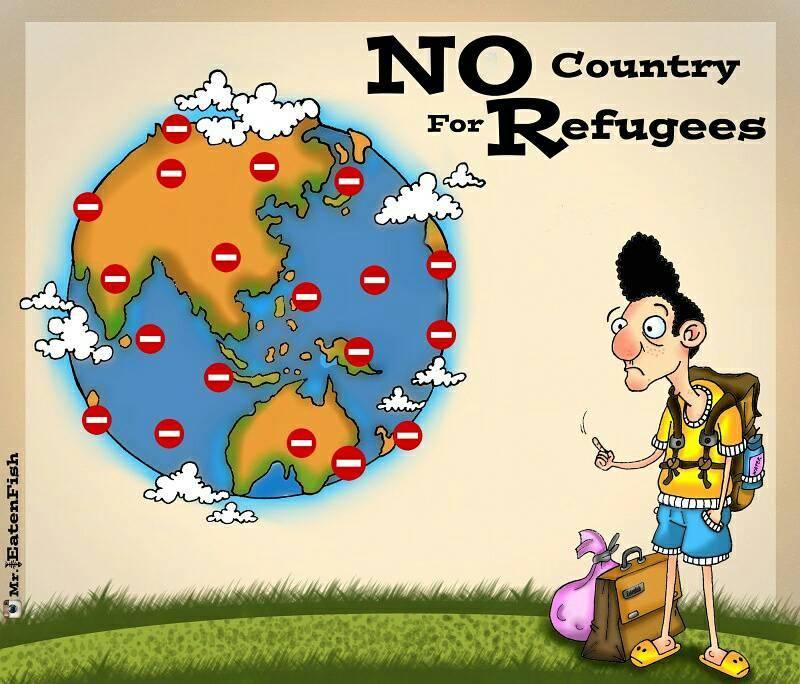 A cartoon by Eaten Fish, drawn while he was detained at Manus Island. Source: Facebook. Published with permission

Ali Dorani was 21 when he arrived at Australia’s Christmas Island by boat seeking asylum, on July 2013. After six months, he was transferred to Manus Island, Australia’s offshore detention camp in Papua New Guinea, where he would stay for the next four years of his life.

He began drawing cartoons at Manus to cope with his Obsessive Compulsive Disorder (OCD) while documenting his and other asylum-seekers’ situation inside the camp. He adopted the pen name ‘Eaten Fish’, alluding to his being rescued from the sea in 2013. “

His cartoons depicting the condition of refugees at Manus began being published by the media nearly three years into his detention. Some of them reflected his deteriorating health and the sexual abuses he experienced at the camp.

In 2016, the Cartoonists Rights Network International granted him the Courage in Editorial Cartooning Award for his work. The citation of his award reads: “His cartoons will someday be recognized as important, world-class chronicles of the worst human behavior since the World War II concentration camps.”

Australia has been widely criticized for the conditions at the Manus Island camp. The United Nations has declared the country's policy of indefinite detention at the offshore camp “cruel, inhuman and degrading punishment”.

Ali was released in December 2017 following a global campaign calling for his freedom. He arrived in Stavanger, Norway, on December 17 through the sponsorship of the International Cities of Refuge Network.

Through email, we interviewed Ali almost a year after leaving Manus, something that Ali described as “exiting to freedom”. He talked about his life after detention, his experience at the refugee camp, and his words of advice to others artists facing persecution.

Ali revealed that while he is happy with his new life in Norway, he had a difficult time adjusting:

After two weeks I fell into a deep depression, and this kind of depression was even stronger than I had in Manus Island, and it took me around four or five months until, with a help from psychologist, and some friends, I got bit better and started communicating with a lot of people and making a new life happen.

He recalled his decision to draw cartoons after a medical officer suggested he engaged in an activity in order to cope with his OCD, but even that was not easy — among other things, detainees were deprived of pen and paper.

I kept drawing until I was moved to Manus Island in 2014, and I didn't have enough paper, I didn't have enough pencils, and I had to steal papers from workers, I had to find a little paper to draw on, and it took me two years and a half to send my drawings out. And it was the only reason I think that I am still alive. Art didn't help my mental situation to be healthy, but it helped to send my voice out to the people in the outside world. It was art which saved me, it was art which saved my life.

His drawings first caught the attention of medical workers and immigration staff at Christmas Island, and then later on at Manus Island. Then, Australian media took notice of his art, which put into the spotlight his situation at Manus:

I wasn't a political cartoonist at first, so I just started documenting my life and my own struggles, and I don't know what happened, one day when I opened my eyes and I have been published in different press companies and I was on the news, a lot of people knew me in Australia, and it gave me more hope to keep myself alive, and I didn't have any idea that drawings were going to give me freedom one day. 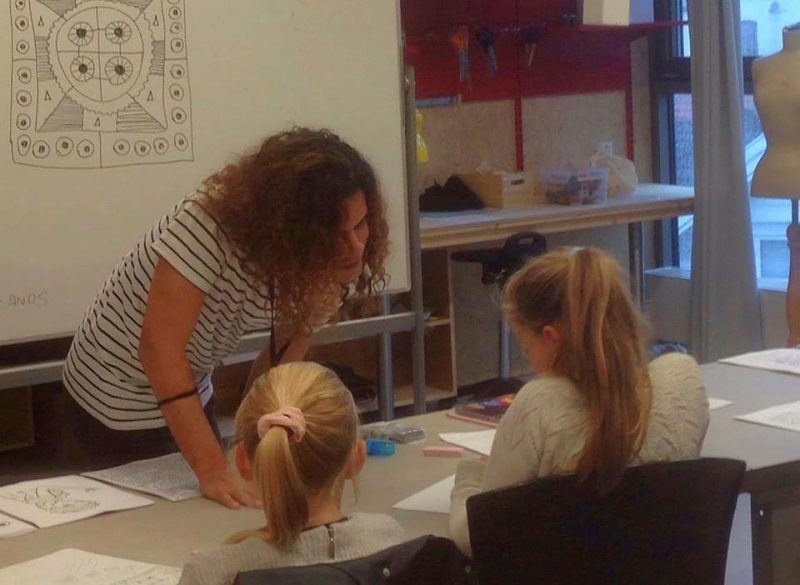 Don't stop, don't stop what you're doing. Keep drawing, keep cartooning, keep sending your voice out. It takes time, it's difficult but it will work, it worked for me. Don't get tired.

He also urged groups offering help to Manus refugees to reject the sharing of false information about the situation at the camp. “Truth helped me. Truth helped me to get my freedom back. It took a lot of time but it worked.”