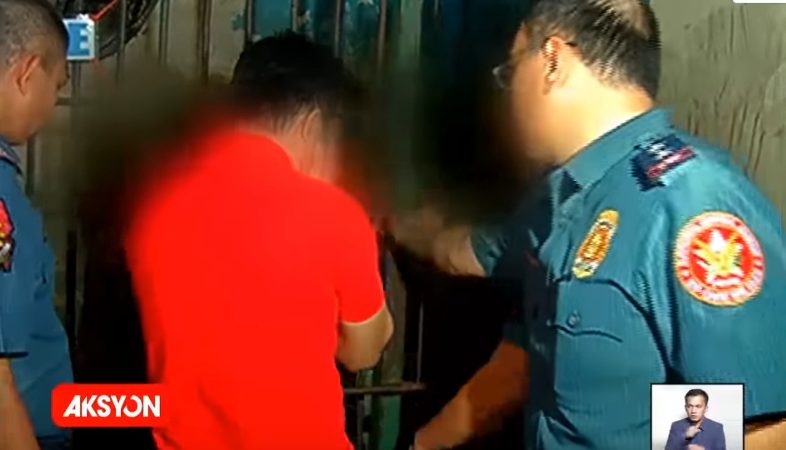 Philippines’ President Rodrigo Duterte's drug war has reached a new low this week when a police officer was arrested for raping the 15-year-old daughter of detained drug suspects in the capital Manila.

Photos of officer Eduardo Valencia of the Philippine National Police (PNP) pleading with his superiors for having brought the teenager to a motel in exchange for the release of her parents have gone viral. Medical tests showed signs of rape.

Critics of President Duterte say it is his misogyny, rape jokes, and repeated assurances to defend police and military in the course of his government’s anti-drug and counterinsurgency operations that has normalized a macho culture of sexual abuse.

Reprimanded by the police chief while on live television, Valencia tried to justify his actions with the following line which seem to amount to an admission that rape was, in fact, nothing out of the ordinary in the police force:

Sir, I have a family. Sir, this is not new for our operatives whenever we arrest drug pushers.

A report by the Center for Women’s Resources (CWR) released on October 31st shows there have been 33 documented cases of police abuse against women and children since Duterte took power on June 30, 2016, until October 2018. Of this figure, 16 involve rape while the rest include other forms of physical assault, sexual harassment, blackmailing, and trafficking.

SOME MONSTERS ARE REAL. They live on people's taxes, wear uniforms, and prey on vulnerable women and children. The more horrible part is that the President condones their crimes. #LabananAngAbuso pic.twitter.com/jhEIlYKw00

Among many other instances, Duterte told troops last year that he will answer their rape cases:

Just work on it. I'll take care of everything. I will be the one to jail you. If you commit rape three times, I'll take responsibility for it.

Here are some of the outraged reactions on Twitter:

This is Duterte’s gift to the Philippines: enabling the police to extort, kill, and rape the most vulnerable families. Akala ko ba adik ang nagnanakaw at nagrerape? If there is a hell, I hope you all rot in it. https://t.co/2trSbglkCu

I thought it was the addicts who steal and rape?

The Philippine National Police idolizes President Duterte. From the merciless killings of poor drug suspects to the rape of women and children, these are all blatantly encouraged by the president himself. His words and actions has brought misery to the Filipino nation.

Duterte's government is the most horrendous horror story!

Three times in the last two months the #Duterte gov has said the #Philippines will put the lives of police officers over the lives of “drug suspects”. That ideology in the Palace is what enabled this pig to rape a 15yo girl bc the parents were “suspects”.https://t.co/EoNL0k3RFf

It's not solely his fault, but look at it this way: Think of Duterte as a father (we call him “Tatay” even), and he tells his kids it's OK to rape and jokes about it regularly. When his children rapes, wouldn't you hold the father accountable for being an enabler?

A tree is known by its fruit. Tokhang does not only mean murder but also rape. The criminals in government have become more brazen under despicable Duterte, who has emboldened his goons — AFP & PNP to kill the poor and rape women with impunity, and with rewards to beat.

“SOP” Rape as SOP. Blood curdling.
But this is a country ruled by Duterte, a despot who thinks the only debatable issue on rape is who gets first dibs. https://t.co/hkVmOHDJWH