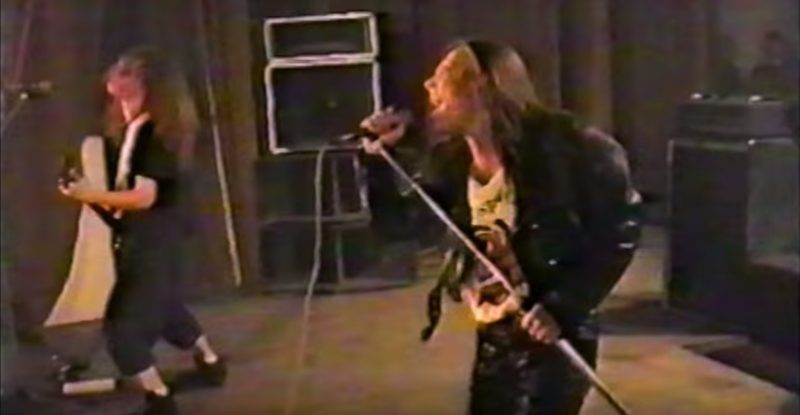 A screenshot from the documentary “Scream for me, Sarajevo” with original footage from the 14 December 1994 concert featuring Chris Dale and Bruce Dickinson.

In a unanimous vote, Sarajevo City Council decided to grant the title of “Honorary citizen of Sarajevo” to UK musician Bruce Dickinson. 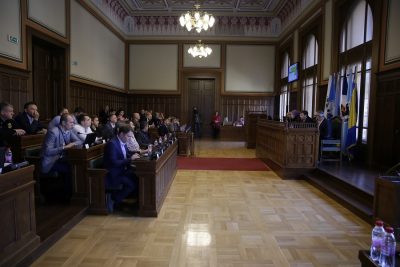 The honors have been bestowed in remembrance of Dickinson’s visit in the midst of the Siege of Sarajevo, at the peak of Bosnian War. It included a concert performance on 14 December 1994.

According to the City Council’s press release, the move was initiated by an NGO, the association of artists Concept Media.

Dickinson is best known as lead singer of the heavy metal band Iron Maiden, which has had (and still has) a huge following across former Yugoslavia and Eastern Europe.

The story of Dickinson’s concert had been a subject of the 2016 documentary film “Scream for me, Sarajevo,” inspired by a 2010 post on the blog MetalTalk by band member Chris Dale.

The film was made by a group of Bosnian authors, including the producer Adnan Ćuhara. In an interview, years after his visit, Dickinson recounts how the experience in the besieged city changed him:

I was quite naive about it. They wouldn't be asking us to go into a proper war […] and it was more than just a proper war. It was a PROPER war. It was harrowing and it changed the way I thought about people.

In a recent statement for Sarajevo newspaper Dnevni avaz, Ćuhara said Bruce Dickinson expressed gratitude to all, especially the citizens of Sarajevo. In his characteristic modest manner, the musician noted that he shares the credit for the award with the band who came with him to the perilous journey, and the people from the UN who supported the event.

Bruce Dickinson about the title Honorary citizen of Sarajevo: My emotions are swirling, thank you all.

Dickinson has not confirmed whether he will be able to come to Sarajevo on November 25 to receive the award in person.

@alex_hefner You gotta watch “Scream For Me Sarajevo” and read Bruce Dickinson's autobiography. You'll gain a whole new appreciation for the God of Metal

A total of 13,952 people were killed during the siege of Sarajevo, including 5,434 civilians. It lasted almost 3 years and 11 months and is considered the longest siege of a capital city in modern warfare.

At the time, contacts with foreign artists meant a lot to the besieged citizens who spent their lives isolated and under artillery and sniper fire from the nearby hills. Over the years, they have been expressing their gratitude to artists who boosted their morale with various expressions of support, including paying homage to UK music star David Bowie.