Was Afghanistan's long-delayed and stretched-out parliamentary vote a success or a failure? 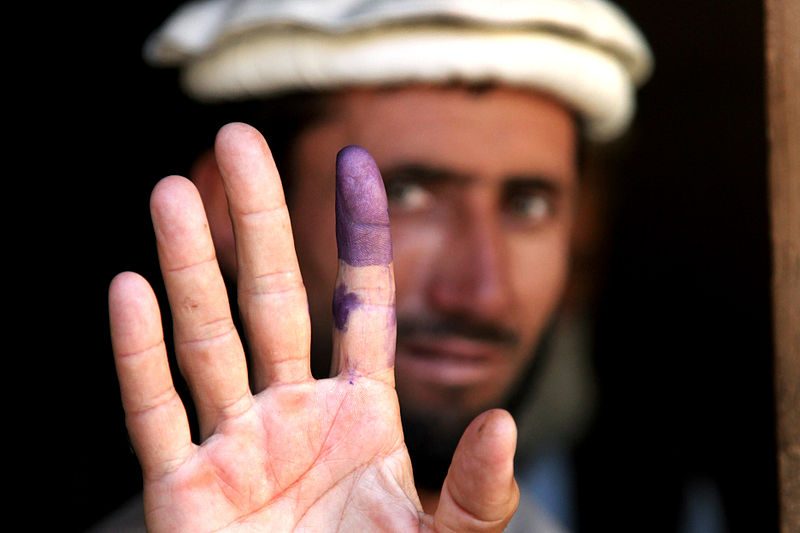 Afghanistan's parliamentary elections this month broke with international convention, stretching the ballot out over two weekends. Now Afghans are anxious to know whether lessons from three chaotic days of polling in different parts of the country will be learned in time for next year's nail-biter presidential vote.

Kandahar was in the back of my head. & like always, the people of Afghanistan came out bravely and voted for peace, hope and stability. This is the ultimate tribute to General Raziq.

Kandahar was the last province but one to cast votes in an election that itself was overdue by three years.

The cause of the delay there was a security panic triggered by the assassination of General Abdul Raziq whose personal guard was infiltrated by the Taliban.

Raziq was typically portrayed in media as an uncompromising foe of the militant group and the government's best hope of pinning it back in the southern regions where it has secured an ominous foothold.

KANDAHAR- an elderly voter in Kandahar asked residents to cast their votes and elect young and educated candidates if they want a bright Afghanistan and a capable parliament. pic.twitter.com/VJzhDGB1z8

The elections as a whole  were overdue by three years, indicating extreme difficulties in the political processes of a country that, 17 years on from the US-led invasion which ousted the Taliban, remains mired in war.

While parliamentary elections were held in 32 provinces on October 20 and 21 and in Kandahar on Saturday, October 27, the war-torn province of Ghazni did not vote at all, and will likely have to wait until next year to send new representatives to the legislature.

Logistical flaws were replete on all three voting days — October 21, 22 and 27 — as polling stations opened late and were unable to handle the throng of voters.

Biometric equipment supposed to smooth the process did the opposite in many regions, thanks to incompetence and mismanagement.

According to this inside report, many power banks of the biometric machines are missing since the election day and that a large number of the machines have not been returned. #AfghanistanElections2018 https://t.co/AIHO8lTE2a

Irregularities and lack of coordination can be seen in this @IECAfghanistan’s tweet. It’s 7:00 pm and they have asked people to cast their votes today if they haven’t been able to do that yesterday!#AfghanElections2018 https://t.co/QB2ML2akWV

Nevertheless, given deteriorating security, the country's leadership was tempted to hail the vote as a success.

Interior Minister Wais Ahmad Barmak said that 17 civilians and 11 security personnel died with scores injured in attacks on the first day of voting. This number could undoubtedly have been much higher after both the Taliban and ISIS’ affiliate in Afghanistan declared open season on the vote.

A spokesman for President Ashraf Ghani sounded an upbeat tone in his tweet on Sunday, October 21.

#AfghanElections2018 panned out, and the voter turnout was large besides looming threats because people had trust in ANDSF. It did a better job securing polling stations all over AFG than foreign troops did in previous elections. 100s of attacks were foiled in the past two days.

-Kandahar, Badghis excluded
-76 of 4576 polling stations haven’t been counted yet

#AFG Prople with full resolve and determination – those with disability being carried to cast vote in ….. As they realize their vote matters and we shall honour this. #Kunar pic.twitter.com/cE7Lidu6Qt

But beneath the celebrations over the fact that Afghanistan managed to stage a vote at all lay several bad omens for next year's more important presidential vote. A key opposition coalition had already accused the IEC of inflating the size of the electorate in a bid to secure the passage of pro-presidential lawmakers into the parliament in the run up to this election.

Subsequently, complaints of fraud and other irregularities featured heavily among 13,000 issues reported by citizens to the Independent Electoral Complaints Commission (IECC), and a further 5,000 issues to the Whatsapp group of the country's leading private media, TOLO News.

In the 2019 presidential vote, when the stakes will be higher, these flaws will have greater costs.

The last presidential vote proved deeply divisive, with Ghani beating rival Abdullah Abdullah in a second round contest whose result Abdullah did not accept until a compromise was reached and he was given a newly created position of Chief Executive Officer (similar to prime minister) in the government.

Can we hold presidential election with the same @IECAfghanistan leadership? Today’s logistical and technical failures are beyond frustrating.