No more photos of sleeping MPs? New rules restrict what media can cover in Tasmania Parliament 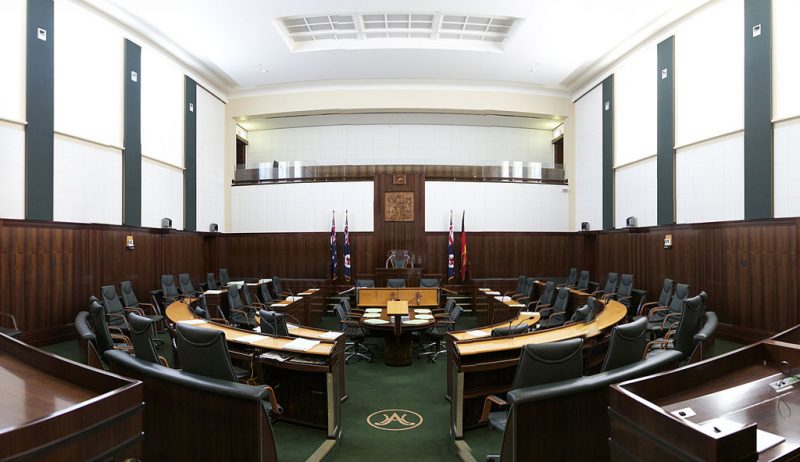 Journalists and media groups are opposing the new media guidelines issued by Tasmania's House of Assembly Speaker Sue Hickey. Tasmania is an island state of Australia located south of the country’s mainland.

The nine-page document dated August 2018 details what journalists are allowed and prohibited to do while reporting inside the House of Assembly and its precincts. Media groups said the new rules undermine their work and make it almost impossible to report the proceedings in the Parliament.

Here are some of the rules that are being criticized:

The Media, Entertainment & Arts Alliance, the professional association for Australia’s journalists, described the new rules as “the most egregious attack on the work of a parliamentary press gallery.”

The guidelines represent an outrageous assault on press freedom, undermine the role of the media in carrying out legitimate scrutiny of the work of the state’s elected representatives, and hinder the dissemination of news and information to the people of Tasmania.

The Mercury, a newspaper in Tasmania, also rejected the new guidelines:

…these rules are nothing more than a sneaky way for our elected officials to avoid scrutiny as they go about the job taxpayers pay them to do in the building at the centre of our democratic system.

It plans to continue ‘lingering’ in the Parliament corridors despite the new rule banning it:

We therefore plan to continue to do so in the interests of open democracy and accountability. If the Speaker plans to enforce this ban, then that is a decision that would be on her head.

On Twitter, Australian quiz personality Brydon Coverdale questioned the rule which bans the taking of photos of ‘unparliamentary behaviour’ by parliamentarians.

Tasmania's parliament is banning the media from taking “photos of ‘unparliamentary behaviour’ by parliamentarians.”

Who do these politicians think they are? They are elected by the public, and the public is absolutely entitled to see how they behave. https://t.co/G4jDSqMZW8

Speaker Hickey insisted that the guidelines her office issued are not really new and that they reflect the standard in other state parliaments. Some parliamentarians are also reportedly not happy that reporters can easily interview them in the chamber. But Hickey acknowledged the criticism against the new guidelines and vowed to consult the media about it.

Meanwhile, some journalists took photos of themselves ‘lingering’ in the Parliament corridor which is not allowed in the guidelines.

Speaker Sue reached out and assured them that her office values the work of media.

I hope to meet with you all next week to get some workable consensus, we value our media mates!