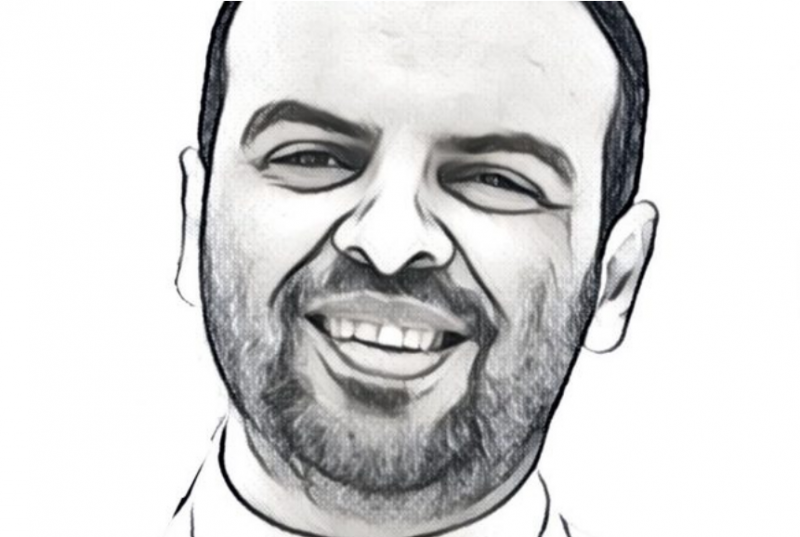 Marwan Almuraisy. Profile photo of the journalist on Goodreads.

More than four months after he was arrested, the whereabouts of Yemeni writer Marwan Almuraisy remain unknown. He was last seen in Riyadh, Saudi Arabia, where he resides.

Security officers arrested Almuraisy on June 1. Human rights organisations say he was transferred to an unknown location and that he is being held incommunicado:

Al-Muraisy's family have been denied information about the charges against him, the location where he is being held and are unable to visit him.

It remains unclear why he was arrested. On his personal Twitter account, where he has nearly 100 thousand followers, he mostly tweeted on news related to technology, innovation and science. He also posted motivational tweets and videos to inspire others.

Al-Muraisy had done some reporting for the privately-owned Saudi website Sabq and other outlets including the non-profit Science and Development Network (Scidev.net) that focused on science and technology.

According to his bio on Goodreads, Al-Muraisy managed a number of Twitter accounts including the @WorldInNumbers, which provided world data and statistics to an Arabic audience, @ArabicShortFilm dedicated to short films in Arabic, and @3bqr, where he posted mental puzzles, although these accounts have been inactive since 2015. He is also a co-founder at CV Graphic, a tech business that creates professional curricula vitae in the format of infographics. In January 2014, Almuraisy published a book, Lbn ala’sfour (Milk of the bird), in which he reproduced 140 funny tweets posted by Arabic-speaking users.

Almuraisy's disappearance puzzled his supporters, particularly given that he was not publicly involved in  political or human rights activism, which are common targets for the Saudi authorities.

the young man Marwan Almuraisy is a Yemeni journalist living in Saudi Arabia. Months ago, the Saudi government arrested and forcibly disappeared him even though he has no relation to politics. No one knows anything about him still

The young creative journalist Marwan Almuraisy who has almost 100 thousand followers on Twitter has been disappeared from his home three months ago! Who benefits from the arrest and the silencing of a Twitter user like Marwan? All his tweets support the development of Gulf and Arab youth and digital content that is cultural and entertaining with no link to politics!

Under the de facto rule of Crown Prince Mohammed Bin Salman, it seems that political and human rights-related issues are no longer the only targets. There appears to be a mandate to stamp out “independent” voices — the words of anyone who is not writing in service of the kingdom's leadership or political agenda. Bin Salman came into his position of power in July 2017, but it is only now, as he faces accusations of playing a role in the murder of journalist Jamal Khashoggi, that heads of state and other global leaders are pressuring him on the issue.

In an analysis of media repression in the kingdom, published before Khashoggi's disappearance, the Committee to Protect Journalists’ Justin Shilad wrote:

Since becoming crown prince in July 2017, Salman has directed a wide-ranging crackdown on dissidents under the guise of fighting corruption and extremism. Though he touts the need to modernize and open Saudi Arabia, Salman's reform agenda has become an effective way to remove independent voices.

CPJ is investigating the possible jailing of at least 10 other journalists since Salman took power. Those arrested under his de facto rule of the kingdom include women's rights activists who campaigned for women's right to drive, a policy reform the crown prince himself supported and led.