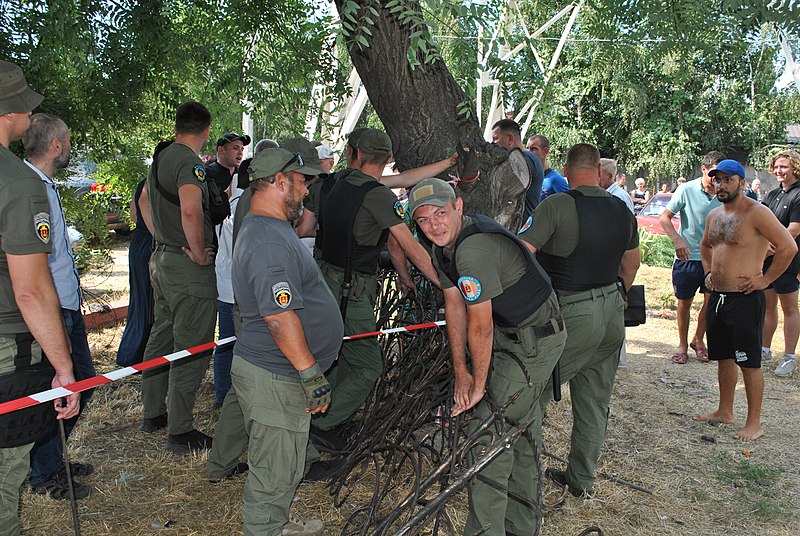 A series of incidents involving Ukraine's municipal guards are adding up one after another, with ever more citizens demanding they be outright banned.

After the Euromaidan revolution in 2014, Ukraine's abolished its national police and attempted to create a new law enforcement agency, but that never left the paper. As that process dragged on, local authorities began to outsource their law enforcement to private security companies, which are commonly called “municipal guards”.

Technically, they are not public law enforcement. Their mandates are based solely on contracts signed between them and the city — which vary a lot from city to city — and mechanisms of accountability are virtually nonexistent. A law that would regulate those contracts has been pending approval by the national parliament since 2015.

A few politicians have called those guards outright “illegal formations”, and Ukrainian activists commonly refer to term as “private armies” who work in the benefit of certain local authorities.

The matter has come under the spotlight in July when Odessa's guards began a series of dismantling operations on private properties without court orders. On July 10, they've demolished the hydro park Luzanovka and the guesthouse Dom Pavlovyh, where two entrepreneurs were left physically injured. In total, both operations resulted in material damages of over 22,000 US dollars.

On July 13, the guards assaulted journalists who were covering one of such dismantling operations — in the parking lot of a law firm called Redut — with clubs and tear gas. Reporter Miroslav Bekchiv, of the newspaper Obshestvennyi Priboi, was forced into a car and brought into a police station, where he was severely beaten. He was later taken to a hospital, where doctors said that he had sustained traumatic head injuries, signs of suffocation and eye burns. 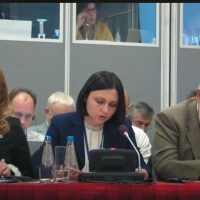 Bekchiv's case was taken to the Organization for Security and Co-Operation in Europe (OSCE) and was mentioned on a September 17 meeting of its Office for Democratic Institutions and Human Rights. Redut's attorney, Olga Panchenko, said:

In the context of the topic of the fundamental freedoms and the right to the freedom of movement, I and many of my colleagues-attorneys are particularly concerned about the following: an establishment of private armed and subordinate units in Ukraine by local municipal authorities, so-called the “municipal guards”, which according to numerous facts, infringe not only citizens’ freedom of movement, but also other fundamental human freedoms, as provided in the Declaration of Human Rights, including article 29, paragraph 2.

The prosecutor’s office of Odessa's Primorsky district is investigating five employees of the municipal guard for “organising and conducting criminal acts against media representatives and civilians”, including Viktor Nikolaevich Bondarchuk, who attacked Bekchiv on July 13.

The Ministry of Internal Affairs opened an investigation into Odessa's Municipal Guard. The Ministry has the power to revoke the licenses of private companies. If it comes the to that, it might set up a strong precedent for other such guards in other Ukranian cities.

After a spate of violent incidents, citizens raise concern about possession of military grade equipment by Odessa Municipal Guard. Images from a YouTube video by Nikolay Sikorsky.

According to The Babel, Odessa's guard has currently 300 employees. They also allegedly possess heavy-duty military equipment, as shown by a video that has circulated on social media. The video shows an armoured troop carrier BRDM-2 parked on the yard of Odessa's Municipal Guards offices.

According to an article published in The Babel on October 5, Deputy Mayor Kotlyar's press secretary said the vehicle in question was “in a state of repair for a long time”, but couldn't clarify who owns it.

But another report by Unsolved Crimes, an online investigative outlet, uncovered a video from a public discussion about the vehicle on Facebook in which the head of GUNDP (State Unitary Research Enterprise) of Odessa, Dmitry Golovin, says that, as far as he knows, the armoured vehicle “belongs to Deputy City Mayor – Andrei Kotlyar” (minute 7:48).