Trinidad & Tobago loses ‘The Mighty Shadow’, the ‘bassman’ of calypso 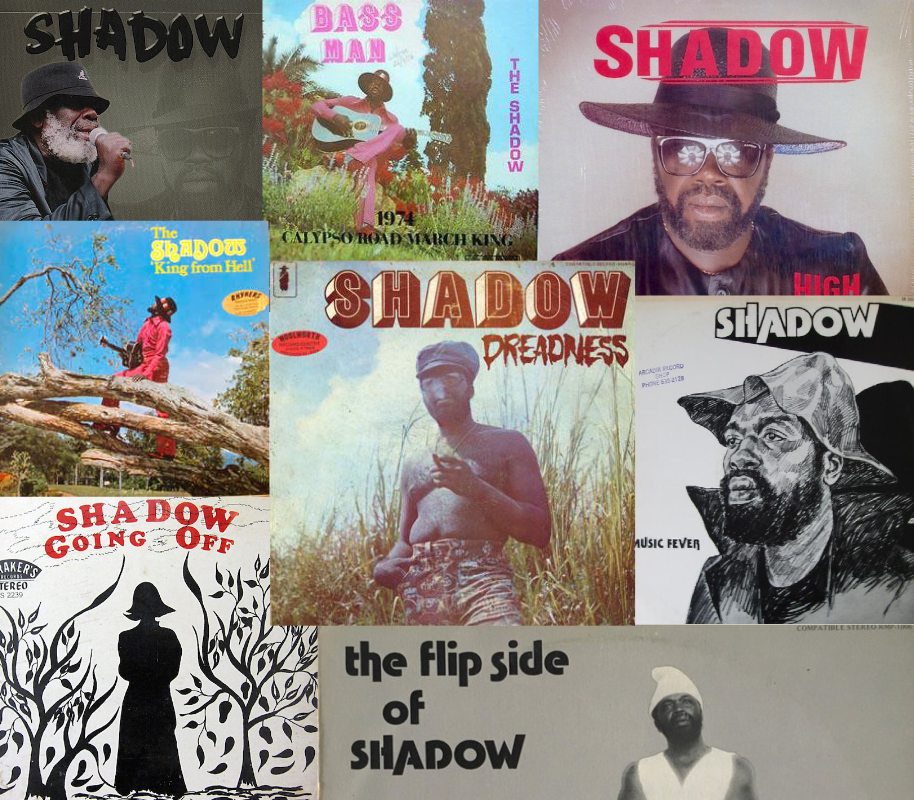 The Mighty Shadow, one of Trinidad and Tobago's most original calypsonians, died on October 23, 2018, just weeks after his 77th birthday. Shadow, whose real name was Winston Bailey, brought poetry to calypso, not just in form but in subject matter, often using Tobago's folksy reel and jig rhythms—the soundtrack of his childhood—to controvert the soberness of his messages. Shadow would eventually take that fiddle-and-drum combo and give it new life on the bass guitar, changing soca music in the process. Robin Foster, a sound engineer who knew him well, told me Shadow's exceptional imagination gave him a kind of poetic license that few of his peers could get away with. Even Shadow himself could never quite put his finger on it, referring to the mysterious alchemy that was the source of his originality simply as “de ‘ting” (“the thing“). In this piece for Global Voices, writer and cultural historian Dr. Kim Johnson deconstructs exactly what made calypso's “bassman” so irreplaceable.– Janine Mendes-Franco

If the ideas for great works of art are often fished from the unconscious with only the sheerest threads of memory, Shadow’s “Pay the Devil” was retrieved with a memory of a memory.

“I went to Barbados with Spektakula [a calypso tent] last year and a man I met say I should sing the song I was to sing in ’75,” said Winston Bailey. “I couldn’t even remember his name, but he mentioned ‘Katie’ Brown or ‘Ebby’ Gray and he reminded me of the rhythm: pak-pak-pak pak-pak.”

Katie Brown or Ebby Gray used to play in a devil band that made the young Winston Bailey thrill with fear at Carnival. “I cyar [can't] remember what we said about it, but it was a song I was to do a long time ago about a scary masquerader,” he explains:

Long ago in Tobago,
The Carnival was not so
Was plenty jab jab and devil
They came down to Les Coteaux
They came from Culloden, horns on their head
One name is Drixen, eyes always red
One Abasynia, a hero of mine
Portraying Lucifer with a fork in his hand
Pak-pak pak pak-pak

Carnival, explains Shadow, has always been one of calypso’s many topics, and “Pay the Devil” is a tribute to one of the masqueraders of Shadow’s Tobago childhood, a man named Abasynia. “People say I is a devil worshipper—they crazy! They not listening to lyrics,” he said. “I describe the scene. You could see the picture —it’s about Carnival long ago. Abasynia was theatre. It’s a great man I celebrating there”:

Mama, I hear a rumble
Abasynia coming down, O Lawd!
The children begin to tremble
Abasynia come in town
The crowd start to scatter
Place getting warm
They fall in the gutter
They don’t care a damn
Man start to free up
Spirits are high
Man start to jump up
Like they learning to fly
Pak-pak pak pak-pak

To an adult, and how much more so to a child, the devil mas (masquerade) did indeed possess a frightening power, and to a Tobagonian child there was no more terrifying mas than the devil portrayed by one Nichols, also known as Abasynia. He wore only black, and, chained to one or two restraining imps, he’d rear at the crowd, opening his mouth wide as if to swallow everyone. People would scatter in fear and other bands would part for Abasynia and his demonic retinue to pass, chanting “Pay the Devil, pay the Devil!” to a furious tattoo drummed on a biscuit pan: pak-pak-pak pak-pak.

While the calypso is a tribute to old-time Carnival, the devil masquerade is also a very Shadow theme. The topic of the spirit world recurs in his music. He’s sung about the jumbies in Toco who made him sing calypso, about the bassman from hell, about himself in hell waiting until he could make the calypso competition judges jump, no stopping. Don’t mess with his head because he’ll wait for you in hell. It's a millennial vision of Africans in the New World dealing with violent retribution and divine justice. But their agent isn’t so much God as the Devil, who is the one to watch out for. The great anthropologist Melville Herskovits pointed out long ago in his study The Myth of the Negro Past that “This Devil is far from the fallen angel of European dogma.” Rather, Afro-Americans immediately after emancipation believed in “the avenger who presides over the terrors of hell and holds the souls of the damned to their penalties.” Or, as Shadow puts it:

So if you bad, don’t die
Walk around and cry
The Devil down dey
You will have to pay
Pay the devil

This sense of righteousness is of a scale far grander than calypso’s normal concerns about this or that corrupt politician, and is more akin to the apocalyptic message of reggae. Hence the natural companion to “Pay the Devil” is Shadow’s other 1994 masterpiece:

Africa is also in Shadow’s rhythms, his emphasis on the bass guitar as a modern incarnation of the African drum, or as they are called in Tobago, the tambrin, a flat, goatskin drum used at weddings to dance jigs and reels and invoke the ancestors. “That tambrin rhythm of goatskin drum I was exposed to all the time,” he said, “Tambrin music and violin—more drum than violin—that stay in me, that’s the feeling that grows, the roots. In Les Coteaux that’s the home of tambrin music.”

It’s also the home of many African legends, the faith healers and Gang-Gang Sarah the African witch, and of Abasynia. So when all other calypsonians in the early 1970s had six sheets of music, Shadow had seven, the additional one for the bass guitar. The result was the seminal “Bassman”.

The emphasis on heavy bass rhythms makes Shadow more of a progenitor of soca than anyone else, Shorty included. For the main ingredient that distinguishes soca from calypso isn’t any particular rhythm: there are many different rhythms in soca, such as the Baptist rhythms in Superblue’s music, or the Indian rhythms in Shorty’s. What they have in common is the dominance of the bass lines which separated soca from calypso, and which makes Shadow’s music particularly in tune with reggae and dub. It was part of the early-1970s shift in popular music, including rock, reggae and disco. “Only the youths know the sweetness they feel in it,” he said optimistically about young people's preference for dub and rap. “But in the Trini version I see so much that is Trini that something must come out of it. Everybody rapping today, but they’ll get back to singing.

“African music start from drumming. We use bass but it’s the same drumming, and the youths have gone back into rhythm. They’ve emptied the music now, but eventually they’ll start putting things into it to get it sweeter and if it gets sweet, then great things might come out of it.”

It’s an optimism which allowed Shadow to transcend the profound disappointments of his career. So after his failure to win the 1974 Calypso Monarch crown with “Bassman” and “I Come Out to Play”, for all his threats of satanic retribution, his artistic genius produced—within a few months—one of his most defiant tunes:

But then again, even in that optimism you could see the survivalism of the African in the New World.