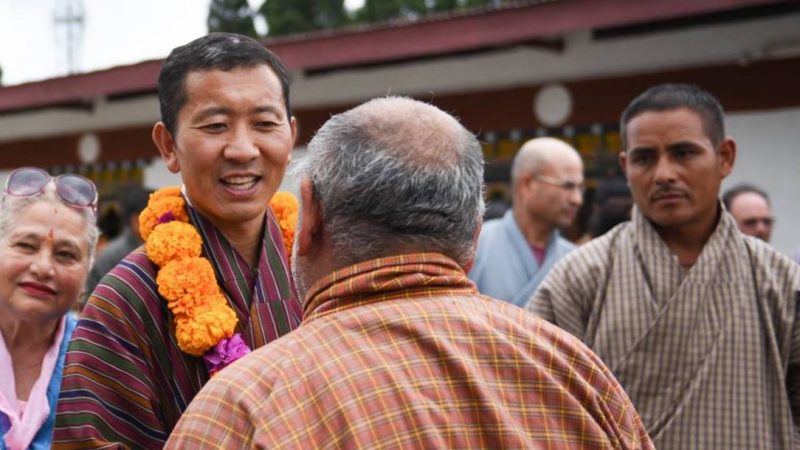 A new, centre-left party in Bhutan has won 30 out of 47 seats of its National Assembly in elections held on October 18th.

The Druk Nyamrup Tshogpa (abbreviated DNT), which means ‘Bhutan United Party’ in Bhutanese, ran on a platform of tackling rural poverty and youth employment. Bhutan's new prime minister will be Lotay Tshering, a 50-year-old urology surgeon trained in Bangladesh and Australia. He helped found the party in 2013 and became its leader in May 2018.

This is only the third democratic elections to take place in the tiny, landlocked South Asian country since it transitioned from an absolutist to a constitutional monarchy in 2008.

Newcomers Druk Nyamrup Tshogpa (or Bhutan United Party) DNT set to make the next govt in Thimphu. DNT has been popular for their progressive stances on reducing income inequality and healthcare promises. Read our explainer ahead of the election for more: https://t.co/0zjuwyUbZA

Located in the eastern Himalayas and known for its index of Gross National Happiness (GNH), Bhutan has only 438,663 registered voters out of an approximate population of 800,000.

The National Assembly's 47 seats are elected by single-member constituencies. In the first round (called primary elections), voters cast votes for parties. Then, the two winning contenders nominate candidates for the second round, regardless of the share of the total votes each of them has got in the first round.

The two main opposition parties, the DNT along with the Druk Phuensum Thosgpa (DPT) which means ‘Bhutan Peace and Prosperity Party’ in Bhutanese contested this year's second round after knocking out the ruling People’s Democratic Party (PDP).

The DNT and the DPT had agreed to keep discussion of Bhutan’s foreign relations out of the campaign — with its two big neighbours India and China, the topic is usually heated in Bhutanese society. The government has also appointed officials to monitor the parties’ online forums to ensure compliance with this agreement.

After the results were in on October 19, DPT leader Dro. Pema Gyamtsho has congratulated DNT on Facebook for its victory:

We humbly accept the choice of the people and wish the president and candidates of DNT all success during their tenure. I hope that Dr. Lotey and his team will ensure that our people would continue to enjoy peace, unity, and harmony under the farsighted leadership of His Majesty the King.

The DNT, which pledged to fulfil 25 of its campaign promises within 120 days, has issued a press release stating they will work with the other political parties to form a Royal Government of Bhutan, not just a DNT government.

Wangcha Sangey, a famous Bhutanese blogger, has echoed the sentiment in envisioning a coalition government in Bhutan.

It remains to be seen how the new prime minister and his party leads Bhutan as it seeks to establish more cooperation with China without upsetting India.

The election was peaceful and had a 71 per cent turnout in its second round.

Happy election and voting to all Bhutanese people! May the almighty bestow wisdom and strength to choose the right party to govern for the next five years. May the best win.

The deciding day for Bhutan…?

Please vote with your inner voice. The election blessed with Dassain is about positivity winning over negativity with the grace of Goddess Durga.

This year, the Election Commission of Bhutan used Electronic Voting Machines (EVM) along with postal ballots, and they have also used an SMS-based Poll Information System to collect information from its 865 poll stations. Many of them are remote in the mountains.

A record seven out of a total of ten women candidates from both parties have won seats. 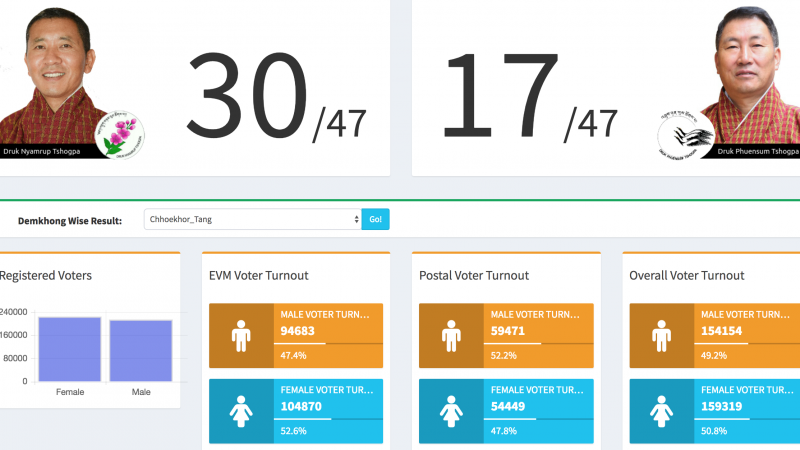