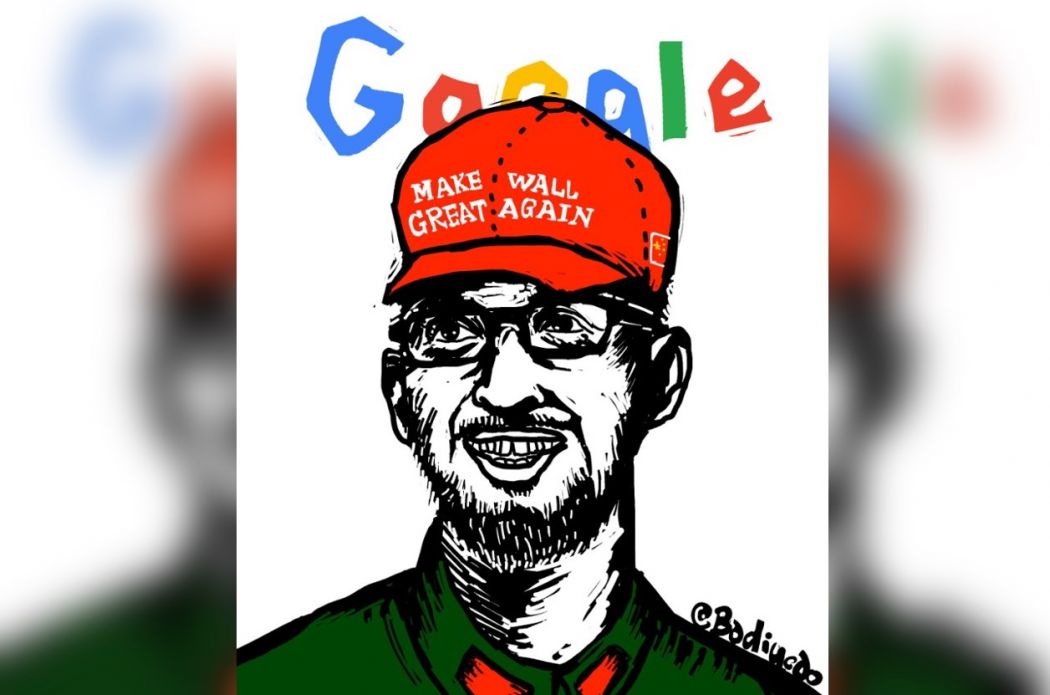 The original version of this post was written by Holmes Chan and published on Hong Kong Free Press (HKFP) on October 19, 2018. The republication is based on a partnership agreement.

Chinese political cartoonist Badiucao sent a package of red baseball caps with the words “Make Wall Great Again” to Google headquarters in China, to protest the company's tentative plans to introduce a censored search engine there.

Badiucao — a Chinese-born artist and activist who now lives abroad — told HKFP that he sent about a dozen red caps to random Google employees. He also left another dozen on sculptures around Google’s United States headquarters and sent a package of 50 caps to Google’s visitor shop.

Badiucao said the caps were a response to the search giant’s potential re-entry into China:

“I want [Google] to know it is a mistake to collaborate with China’s censorship. It is as shameful as Trump’s wall, only this time it is an invisible wall online — the great firewall.”

Google left the Chinese market in 2010, citing human rights concerns. But since August 2018, leaked internal documents, audio recordings, and sources from inside the company have indicated that Google is preparing to launch a search engine tailor-made for China. Code-named “Dragonfly”, the search engine would automatically identify and censor websites like Facebook, Twitter, Wikipedia, BBC, Global Voices and many others that are currently blocked in China, and remove search results that government officials deem sensitive.

Google CEO Sundar Pichai said on October 16 that “it was important to explore” the possibility of running a search engine in China, marking the first time that Google executives confirmed the project’s existence, despite multiple leaks. Pichai said the project was able to serve over 99 percent of search queries and still comply with Chinese censorship laws. 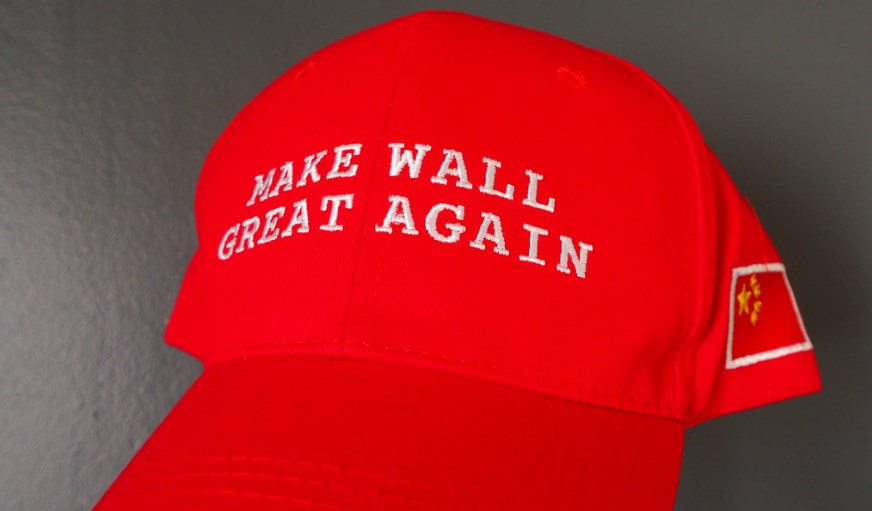 Commenting on the company's plans, the artist said:

When Google left the Chinese market years ago, a lot people [applauded] its principle of defending free speech. But now, with the Dragonfly program and its CEO defending the program, it only left deep disappointment and fear of the consequences of this super [corporation’s] submission to a brutal regime.

Badiucao first created the caps as part of a cartoon, with the cap's wearer bearing a distinct resemblance to Sundar Pichai. He later had the cap made into physical merchandise. He said he also tried to interview Google employees about the project, but most declined to comment and would not accept the caps. However, he said he spoke to some Chinese employees at Google who appeared to support the censored search engine. He added:

I hope [Pichai] will receive the message. If Google wants to help China or Chinese people, it should help us to fight and defeat the censorship system instead of becoming a part of it.

As for the message on his cap, Badiucao said he decided on “Make Wall Great Again” because of its double reference: first to China’s censorship system, nicknamed the great firewall, as well as to Trump’s slogan.

For me the Trump cap is the crown of shame… Giving something similar to Google is the best ironic thing I can do in the USA.