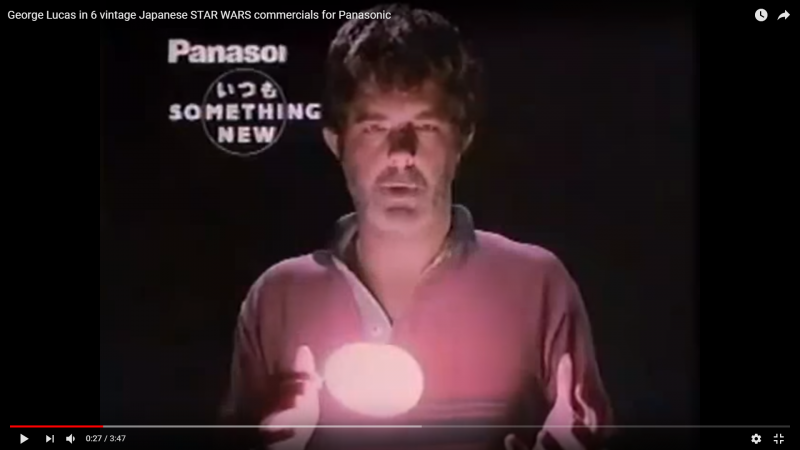 In the commercials, Lucas speaks in simple Japlish, ending with the tagline “Itsumo something new,” which can be directly translated as “always something new.”

This series of TV commercials is really cool.

George Lucas in a Panasonic TV commercial from 1988. I wonder all of these are still online? Tagging @retoro_mode

Japanese Twitter user Midorin, who regularly posts nostalgic images and videos from the 1970s, 80s and 90s Japan on Twitter, shared several of the George Lucas Panasonic commercials, tagging fellow Twitter user retoro_mode, whose Twitter feed is an even bigger cornucopia of retro Japanese culture, to see more of the series of was available online.

In fact, the entire series of Lucas Panasonic commercials have been uploaded to YouTube.

Lucas recorded six commercials in total for Panasonic that aired on Japanese television in 1987 and 1988, a few years after the release of Return of the Jedi. In one commercial, Lucas promotes the company's satellite television tuner and a television set. In another, he pitches Panasonic's “MacLord Movie”, at the time a high-end prosumer video camera. In another, Lucas and his new “creation”, a friendly robot named Sparky, sing the praises of a Panasonic VCR.

All six of George Lucas's television commercials for Panasonic can be found on YouTube: