How much blood will the right to vote cost Afghans? 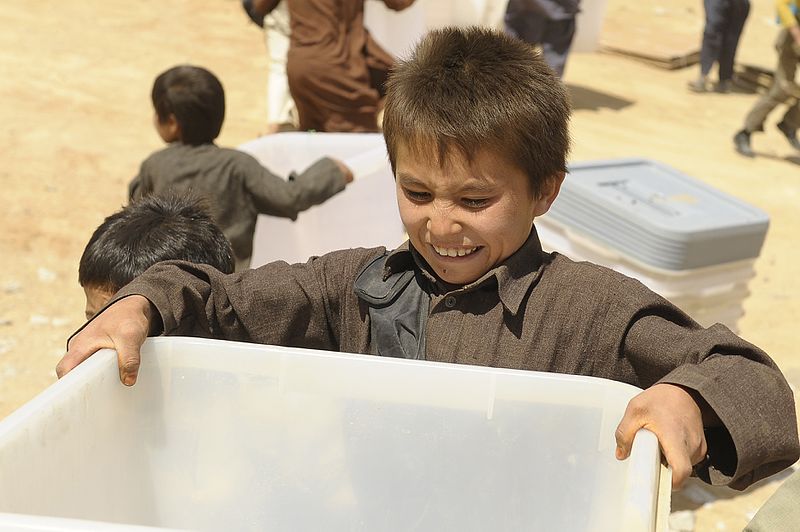 When millions of Afghanistan's citizens voted in presidential and provincial council elections in 2014, some of them selfied with inked middle fingers to send a message to the Taliban.

Four years on, they are going to the polls again for a parliamentary vote, with the security environment even more treacherous than it was back then.

Around 2,500 candidates are standing for an October 20 parliamentary vote that was legally supposed to be in held in 2015.

More than 2,500 Afghans are braving serious security risks to run for parliament. Seven candidates have already been killed.

Among those that did not make it as far as the vote was Saleh Mohammad Asikzai, a parliamentary candidate from the southern Helmand Province of Afghanistan, a Taliban stronghold. He was killed along with eight other citizens in a suicide attack on October 9 that was claimed by the Afghanistan-bases affiliate of ISIS.

Another was Abdul Jabar Qahraman, from the same province, who was killed when a so-called “sofa bomb” went off in his office on October 17. That attack was claimed by the Taliban.

Nazefa Yousufi Beg, a female candidate in the northeastern Takhar province was luckier. A motorcycle laden with explosives detonated at her campaign rally on October 13 killing at least 22 people, but she had yet to take the stage.

Abdel Naser Momand, a candidate from Nangarhar Province, survived a blast that killed 13 and injured more than 30 on October 2.

The Taliban and ISIS have both vowed to block Afghanistan’s parliamentary polls. This means that some 5,000 polling stations protected by 50,000 security personnel could be targeted at the weekend.

The bid to prevent the vote from happening began early. Dozens of citizens registering to vote were killed in April 22 when a suicide bomber blew up a voter registration center in Kabul in an attack ISIS claimed.

A shocking #Photo from Kabul suicide attack scene, they were there to get ID cards and later register as voter for coming Parliamentary Election of #Afghanistan
Photo by @ZahraJoya pic.twitter.com/55dnyPD1LB

The IEC [Afghanistan Independent Election Commission] says that as many as seven million people have registered themselves to vote, but some are contesting this figure, shedding doubt on the legitimacy of the election's outcome before it even gets underway.

Rock the vote: Despite recent Taliban attacks, voters prepare for the elections in Afghanistanhttp://t.co/ghOEUIejyO pic.twitter.com/BsCCmYPJAT

The Grand National Coalition of Afghanistan, a newly formed opposition political coalition, has accused the government and the IEC of fraud, saying that real numbers are much lower. The coalition expects the government to ensure its candidates triumph in the contest that sees 250 seats up for grabs. That may not appeal to voters fed up of a weak and highly nepotistic parliament.

The last parliament was a disaster. Parliamentarians not only abused their mandate but were culprits in creating an atmosphere of mistrust, undermining national interests & fanning ethnic hatred. Let's change that by electing those who will answer to ppl. https://t.co/CMdZdxhxJU

Opposition political parties active in the GNCA have cited hundreds of fake voter identities as proof the government intends to rig the election. Representatives handed the fake ID cards over to the media.

Protesters connected to the GNCA staged demonstrations and shut down provincial offices of the IEC in many provinces in a call for transparency last month.

One new element of this vote which should ideally safeguard against fraud will be the the usage of biometric systems in many of the polling stations.

But critics say there are ways to use the voting machines and still cheat, while even a top member of a government electoral reform commission admits that using them is a risk.

Candidates for parliament using different ways to get across their message in #Herat. #Elections in #Afghanistan are ten days away. pic.twitter.com/hpwdyUD5uZ