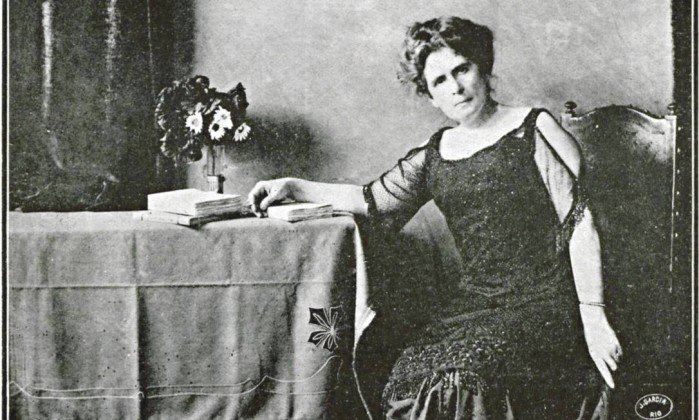 Júlia Lopes de Almeida was a founding member in the creation of the Brazilian Academy of Letters but was left out because she was a woman. | Image: National Library Foundation. Public Archives.

Júlia Lopes de Almeida, a successful 19th-century writer from Brazil, was a rare phenomenon. Married to the Portuguese poet Filinto de Almeida, she was one of Brazil's first novelists. As a best-selling author and intellectual who defended abolitionism and feminism, she helped create the Brazilian Academy of Letters—only to be excluded by the institution for being a woman.

A 2005 study unveiled the Brazilian Academy of Letters’ greatest story of gender-based exclusion in the last 121 years. While working on her doctorate in Brazilian Studies at the University of São Paulo (USP), Michele Fanini found 12 writings by Lopes de Almeida that were long forgotten in an archive. Fanini says that while the author's name was listed among founding members of the Academy, it was eventually erased:

Júlia Lopes de Almeida was the first and most emblematic example of institutional vacuum caused by gender barrier.

Yet, Lopes de Almeida's writing was extraordinary. In a dissertation about Spanish translations of her work, Ecuadorian journalist Sabrina Duque highlights the author's use of mixed “words of African origin, French vocabulary, traditions of Rio [de Janeiro] society at the time, casually mentioned names of locations, and folk song lyrics”:

Júlia Valentina de Silveira Lopes de Almeida [1862-1934] was no ordinary woman. She is one of the few Brazilian literary authors of the nineteenth century and was among the most read and well-known authors of any gender in both Brazil and Portugal in her time.

By the time the Brazilian Academy of Letters was created, Lopes de Almeida was already a “renowned author who collected good reviews and had the support of her readers,” according to Duque. However, she only had the support of four members as a member of the Academy.

The rest of the male scholars was opposed to the idea, believing that by letting Júlia Lopes de Almeida in they would be opening the Academy to other women, who were regarded as the ‘inferior gender’ in relation to men at a time when the female role was narrowed to the selfless, stay-at-home mother stereotype. 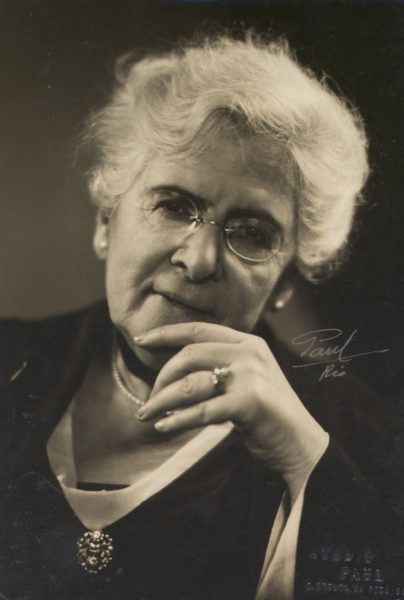 Who was Júlia Lopes de Almeida?

Lopes de Almeida was born in Rio de Janeiro in 1862, the same year Brazil suspended diplomatic relations with Britain in a case known as the Christie Affair. Tensions were rising at the time as Brazil insisted on participating in slave traffic trade from Africa.

According to author Luiz Ruffato, Lopes de Almeida—daughter of Portuguese immigrants—enjoyed an elite liberal education, contrary to other women of her time. Her father was a physician who was later named Viscount of Saint Valentine (a nobleman).

Thanks to her father's encouragement, she published her first crônicas (Portuguese to English “chronicles”) in a newspaper in Campinas (a city nearby São Paulo) when she was around 20 years old.

She met her husband when her family moved to Lisbon in 1886 and continued to write and publish in newspapers and almanacs, finishing her first book—Traços e iluminuras (Traces and lightings), a short story collection, published the same year.

A few years later, she moved to Rio de Janeiro and turned her house into a meeting place for “artists, intellectuals, and journalists.” In another text, Ruffato says:

Even if Júlia Lopes de Almeida had only written for newspapers and magazines, defending the importance of early childhood education and the recognition of the female role in society, she would already be among the most influential Brazilian women, but she didn't stop there. Júlia wrote sophisticated novels, where she describes the troubles of the late-nineteenth century and early twentieth century women with grace and precision without avoiding complex and scandalous themes.

Her novel The Bankruptcy (A Falência, published circa 1919) is considered by many as her most important work, but she is also known for Memórias de Marta (Marta's Memoirs), “the first Brazilian novel to take place in an urban tenement”.

Júlia died in Rio of malaria at the age of 72. Before the diagnosis, however, she traveled across the world to Europe, southern Brazil, Buenos Aires, Argentina and parts of Africa.

Lopes de Almeida's story—and that of other female authors—repeated itself on August 30, 2018, when Conceição Evaristo, the woman to become the Academy's first black female author, was also neglected. Evaristo only received one vote despite the unprecedented popularity of her campaign.

By contrast, the Academy elected filmmaker Cacá Diegues with 22 votes followed by Pedro Corrêa do Lago in second place with 11 votes.

Founded on July 20, 1897, the Brazilian Academy of Letters took eight decades before allowing a woman to join their institution.

Júlia Lopes de Almeida's literary significance made an enormous impact on Brazillian letters — even if the Academy she helped found failed her. She should be on this list.

Some of Lopes de Almeida's works are available on Domínio Público and the site Literatura Digital, from the Federal University of Santa Catarina (known as UFSC).