I, Xenophobe: Chronicle of a migratory displacement

Report of a migrant's journey from Venezuela to Peru. 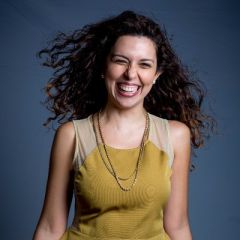 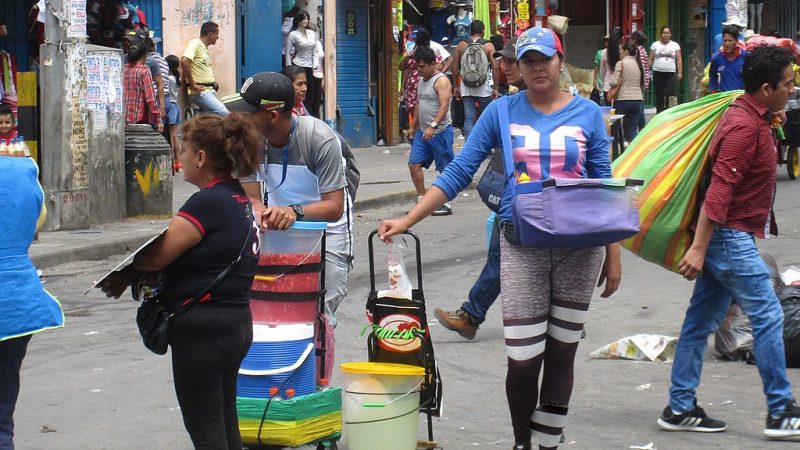 The following is an edited version of the article “Yo, xenófoba: Crónica de un desplazamiento migratorio” [I, xenophobe: Report of a migration], written by Mélanie Pérez Arias and originally published by the Venezuelan media site Prodavinci. The text has been reduced and adapted for Global Voices with the author's permission. The original version contains more detail and figures regarding the Venezuelan exodus, as well as reflections on personal encounters and “otherness”.

My great-grandmother used to say: “dead bodies and guests both start to stink after three days.” I'm Venezuelan. I've been living in Peru for a year and a half, and in recent months I've started to notice the smell. My smell.

After Colombia, Peru has the greatest number of Venezuelan migrants in Latin America. To date, there are 408,000 of us “Venecos” (the informal and somewhat pejorative name they have for us) in the land of the Incas. Peru and Venezuela are two shores of an infinite river called migration. A river I set sail in, not two years ago when I sold all I had to move there, but five, when I fell in love with a Peruvian man in Venezuela.

The economic crisis arrived like a wave we'd long been warned about. And engulfed us.

I remember clearly the day my husband Luis proposed we emigrate because there was no bread in the country. That day he'd been to five bakeries and returned empty-handed.

Luis was born in El Callao, Lima. When he was seven his family emigrated to Venezuela due to the economic crisis of the 80s and 90s. He was brought up in a Peruvian home in the centre of Caracas where they revered bread with butter and jam, rice, and the Alianza Lima football team. On our wedding day his mother served the Peruvian dish causa de pollo. A friend gave us an alpaca-shaped piñata in honour of Peruvianness and to celebrate our having found each other.

The migrant's life is solitary in the extreme. Your friends live on WhatsApp, you do nothing but work and, in our case, watch the crisis unfold from afar. When we arrived in Lima there was a general climate of openness and solidarity towards Venezuelans. The migration of Venezuelans was viewed favourably due to the high number of professionals and our famous cool Caribbean attitude.

A year and a half later, things are quite different.

Permits allowing Venezuelans to work and access basic public services triggered the arrival of many of my compatriots, especially in the conos urbanos: sectors of the city which, despite booming economically, have problems with security and public services. This is where what some call the “invasion of the Venecos” has taken up residence. There are now enough of us to be a problem.

In addition, some media have behaved irresponsibly in their reporting of the Venezuelan migrant issue. Add to this the openly anti-Venezuelan position of some politicians and you can see what a cocktail we have.

I had my first experience of xenophobia 15 years ago in Caracas. My family and I were driving through one of the areas in the east of the city where Ecuadorian and Peruvian communities had settled. Suddenly one of my cousins asked my dad what he'd do if I married a “cotorro”, as we called the Andean immigrants back then. My dad, at the wheel, looked at me in the rearview mirror as if giving me permission to reply. I gave the following answer, which many years later would actually come true: “I'd definitely marry a cotorro. Just like that, girl!”.

I meant it as a provocation and my audience laughed at what seemed like an absurdity. But why? Why was it so difficult to believe that someone like me, whose only class privilege was being a better than average salsa dancer, could fall in love with a migrant from those countries of the south. My sixteen-year-old xenophobic self couldn't yet see that in this rejection, the subtle violence living inside the mockery, was the germ of a more serious illness. Fortunately, it was an illness I treated in time.

Travel cures xenophobia. Reading cures xenophobia. Falling in love with a foreigner cures xenophobia. Loving “difference” cures xenophobia. Informing oneself too: according to the United Nations there are over 200 million migrants in the world. Migrants make up 3.3% of the global population, but contribute 9% of global GDP. That's nearly 7 trillion US dollars worth of production per year. In fact, remittances only account for 15% of the migrant's income; the other 85% stays in the country.

This trivial anecdote from my adolescence barely scratches the surface of what the migration phenomenon meant for us. We Venezuelans were the cocaine-addicted millionaire cousins in a continent devastated by violence. Indeed, we received thousands of immigrants from Colombia, Ecuador, Peru and Central America. Whole families like that of my husband came and made their home in a country where everything smelt new.

The emotional benefits of this migration are palpable, at least in the families whose stories I know first hand. Just listening to my mother-in-law talk about Venezuela makes my heart swell. Her stories of nearly 40 years in the country where she was able to bring up two sons as professionals and see her granddaughters being born make me proud of my country. However, I don't believe that solidarity is a bargaining chip. We help others because it's the right thing to do. That's all.

It is said that fear is natural. But you need to know what to do with it, where to put it, who to entrust it to, to know when it really is useful because it keeps you safe or when it is an excuse not to change. There is no formula; everyone must find their own way to fight their own demons. But in recent months instances of xenophobia in Peru have emerged in a way that, although I don't have the data to prove it, does not seem typical of Peruvians.

I've spent too long this week reading anti-Venezuelan comments on social media, trying to keep my eyes unclouded by feelings of chauvinism and victimisation. Then I compared them with the demonstrations of support I've received from strangers. My conclusion is that, in reality, in the streets, Peruvians are writing a very different story.

Meanwhile, we Venezuelans are becoming aware of our otherness—that smell—as we face a set of circumstances unprecedented in our history: leaving to seek a living far from all we call mine: My country. My home. My parents. My dead. This demands from us skills of adaptation that must be learnt along the way.

We still have, however, some involuntary possessions: My accent. My features. My language. My pain.

May we choose these possessions to help us build bridges, not open up rifts.