‘My message is my car': Afghan innovator challenges youth to make something from nothing 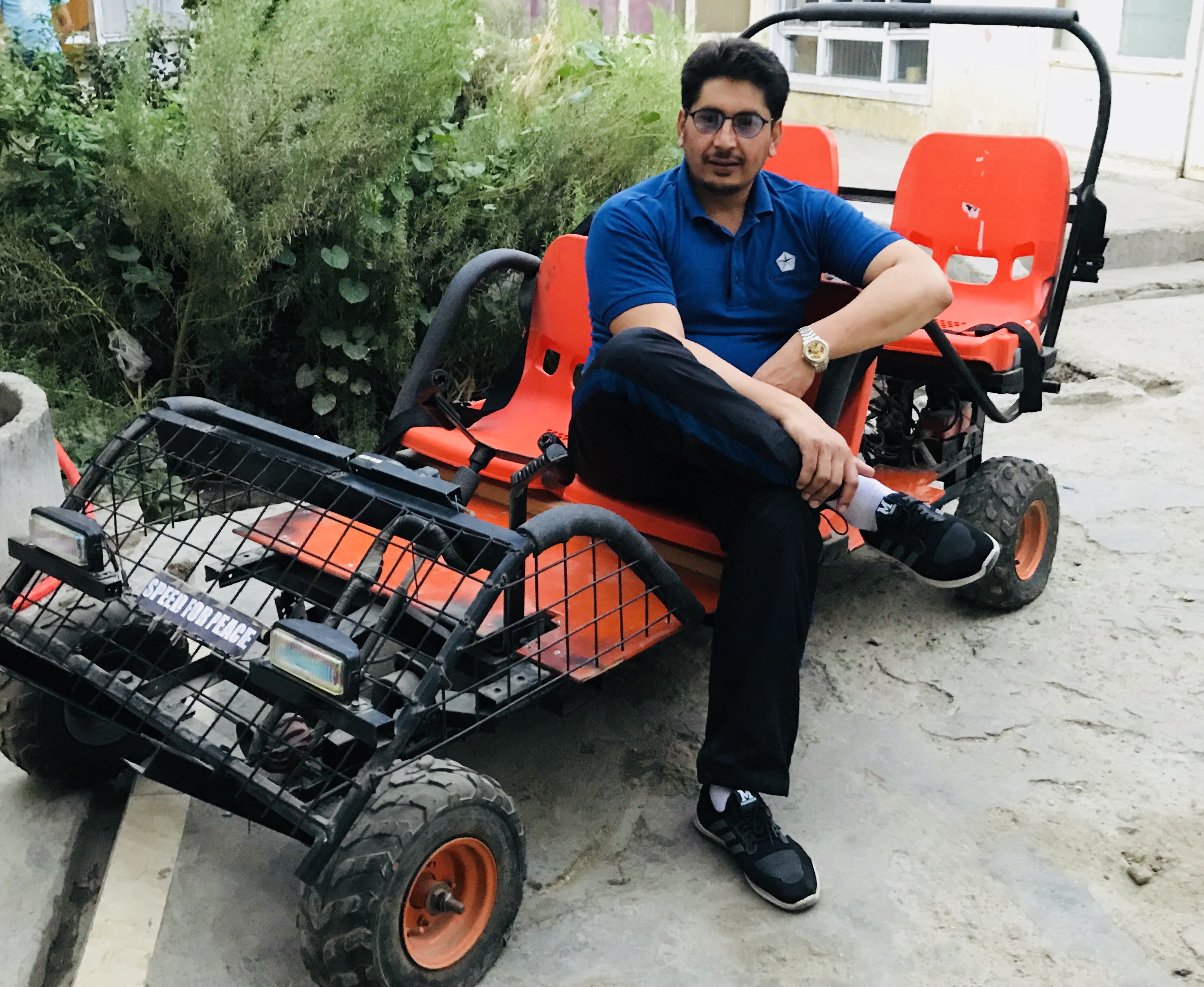 As a young student growing up in the countryside of Nangarhar province under the control of the Taliban regime in the late 1990s, Yaser Ahmadzai’s sole source of inspiration was a weekly BBC Radio programme themed on innovation.

Ahmadzai’s dream was to create and build something — anything — but back then in Afghanistan, it seemed all but impossible.

Emblazoned with the logo “Speed for Peace”, Ahmadzai says he sees the roadworthy vehicle as the start of something much bigger that might inspire the youth of a war-torn country to create things using the world around them

Global Voices sat down with Yaser Ahmadzai in his home in the capital Kabul and chatted innovation centres, working nights and choosing school over the Taliban.

Global Voices: Can you introduce yourself?

Yaser Ahmadzai (YH): I am Yasar Ahmadzai, a peace activist. Also, I sometimes work on technology and develop machines. I did my bachelor degree at the journalism faculty of Kabul University. I earned my Master’s degree in Peacebuilding and Applied Community Change from Future Generations University in the United States.

GV: What made you decide to build this car?

YH: One day, I watched a report on how a Pakistani guy made a small helicopter (out of spare parts). It reminded me of my youth when I was a school student and had lots of ideas to innovate and create. I decided to make a car which could carry four people. I installed everything, from a music player through lights and everything else you need for a car. I had a full-time job so I worked night shifts on the car. It took me a full month to complete. I was thrilled when I finally drove my own car on the roads rather than one made by someone else.

GV: Had you made anything else before?

YH: In 1998-1999, as a school student, I was thinking about how to make things. Cars, sensors, helicopters, and many more ideas. Unfortunately, it was a black time in Afghanistan and I didn’t have enough equipment or the facilities where I could make something. I tried a lot of things; I made a model car and a helicopter. I made something like a sensor-controlled car as well. Although the Taliban regime was controlling the country, I tried to inject ideas of change into my peers of that time. I was thinking of change and hoping that things will be different. My main aim was graduation from school. Most other young people left school to join the Taliban. I stayed in school to chase my dreams.

GV: But isn't post-Taliban Afghanistan still a difficult place for youth to realise their ambitions?

YH: In Afghanistan today, you have enough space and resources to realise your dreams. There is no-one to stop you from studying or making a car in your yard. It’s a free country where dreams come true for many young Afghans. I am one of them. I managed my time: I worked as a full-time employee at a foreign aid organisation and worked at night on my car. 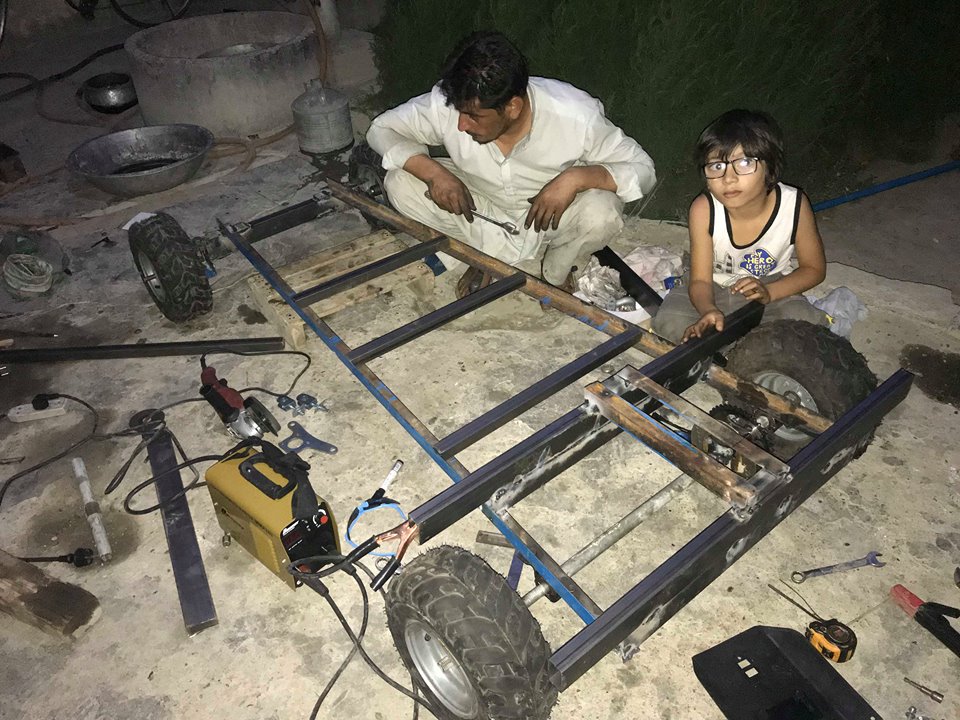 Ahmadzai with his young son, working on his car. From Yaser Ahmadzai's personal archive. Used with permission.

GV: What was your purpose?

YH: Apart from realising my own dream, I wanted to inspire other young Afghans, who have dreams. A large number of young Afghans have ideas to innovate and create. They think about when to start. Just start your work. Do your work with what you have now. It’s time to start.

GV: And what is the bigger goal?

YH: I want to build a centre for innovation, where young Afghans can come together and build things. I have already heard from a young man who plans to work on electric projects. I am even trying to support young people financially from my own limited salary. In addition, I plan to collaborate with the Ministry of Education as a volunteer in order to go to public schools and speak about innovation.

GV: Do you have a message for young Afghans?

YH: My Message is my car: let’s do our best for a better tomorrow. We Afghans just talk, we need to act! Let’s do our part to drive the country. Nobody is going to develop us without us. It’s us who can build this country. Also, I named this car “SPEED FOR PEACE” as a request to the Afghan government, political parties, and international community to speed up the peace process in Afghanistan.