A crowdsourced, community-based platform is pioneering the use of digital tools to help preserve, promote, and revitalize the Balinese language in Indonesia.

Balinese is one of Indonesia’s 707 languages. Based on the 2011 census, there are almost two million people who speak Balinese in Bali province which has a population of around four million. There are also Balinese speakers in the provinces of in South Sulawesi and West Nusa Tenggara. Indonesia's total population is of 261 million.

Due to government regulations, Balinese language TV programs in Bali are aired for only half hour a day, while schools limit instruction in Balinese to only two hours per week or less. While these regulations are intended to boost the use of Bahasa as a national language, they also make it more difficult to promote the use and development of local languages such as Balinese.

Looking to reverse the declining popularity of Balinese among young people, a group of linguists, anthropologists, and students working within and outside the island of Bali started collaborating in 2011 to keep Balinese strong and sustainable.

The main project is called Basa Bali (Basa means language or speech in Balinese), a multimedia Balinese-English-Indonesian wiki dictionary and encyclopedia. It aims to introduce Balinese in the modern digital world as well as to create free digital language resources.

Alissa Stern, the founder of Basa Bali, told Planet World why they launched the project:

Balinese has about a million speakers; on the other hand, only about a quarter of the population of Bali can still speak it. So it’s in a state of decline, but it still has a solid base, which is why we’re intervening now.

The wiki offers readers a dictionary, a library with resources about Balinese culture, word games, translation materials, and a Balinese version of Google's homepage. The wiki is also available for Android app. 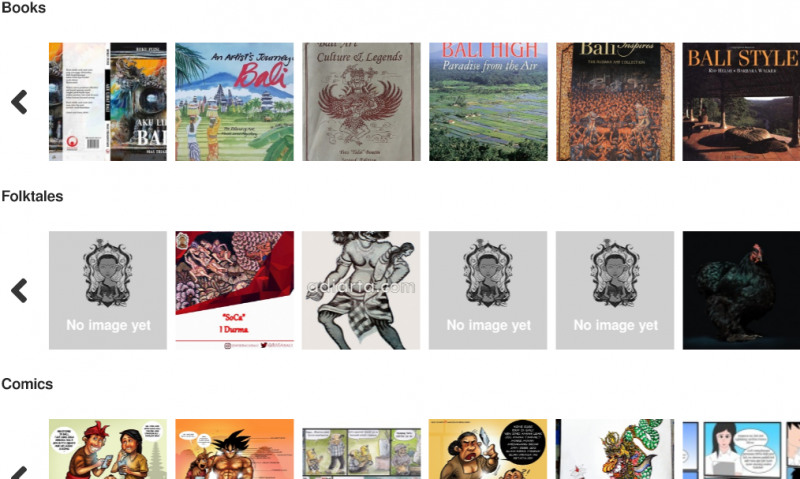 Stern says that their project “could create that really important link between scholars and community members, which is hard to bridge.” She's described the role of the community when including each new entry in the dictionary:

We have the definitions, and those are entered by a 15-person team of linguists, and another team of about seven or eight Master's or Ph.D. students in linguistics. Then we ask the community to give us sample sentences, using the word in context with the kind of language that they use now, and we have a team of editors translating the sentences into English and Indonesian. People send us photos and videos too, so that users can see and hear people using Balinese in context.

For example, if you search the Balinese translation of the English word earthquake, you will get “linuh” and the results include the word in context.

Screenshot of Basa Bali dictionaryThe results will also feature a short video demonstrating how Balinese use the word “linuh” in speech:

This is what is being said in the video:

On a meeting about fund raising to renovate the ‘banjar’, I Made Rai suggested to held a food bazzar. Many members agreed to do it, afterwards, only a few helped handling the bazzar. Sounds like an earthquake which happened by nature, Made Rai did all the job from making the coupons to deliver the food by himself.

The team behind Basa Bali is also reaching out to schools, communities, and government offices in order to promote Balinese. Because of their online and offline advocacy, they received the 2018 International Linguapax Award. Below is an excerpt of the text honoring the work of Basa Bali:

…they created interactive multimedia software to teach Balinese in a modern engaging way, they secured a local government mandate for using Balinese on Fridays and carried out many other grassroots efforts to motivate and institutionalise the use of Balinese in both the local and international communities.

Writing for Stanford Social Innovation Review, Stern pointed out that marginalization of local languages “is one of the unfortunate side effects of the Internet age.” But she also added how projects like Basa Bali can counter this:

By reorienting digital tools in service of local languages, technology can instead become an enriching source of linguistic and cultural diversity.