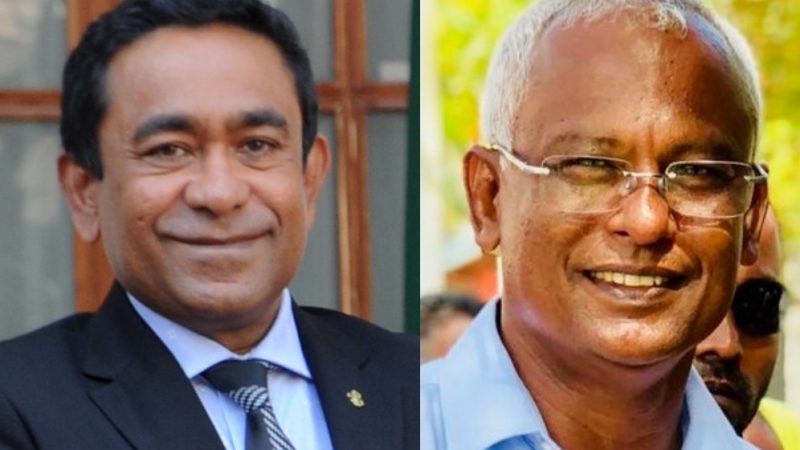 The Maldives, an archipelago nation situated in the Indian Ocean, has faced political turbulence as citizens at home and abroad lined up to vote on Sunday, September 23 in the 2018 presidential elections.

Solih has been a member of parliament since 1994 and played an instrumental role in establishing multi-party democracy in the Maldives in 2009.

According to the BBC as of 2 a.m. in the Maldives (GMT+5) Solih “said he had won by a 16 percent margin over incumbent Abdulla Yameen, with 92 percent of votes counted” and urged for a peaceful transition on the troubled islands.

Yameen was elected president in controversial 2013 elections in which he defeated former president Mohamed Nasheed of the Maldivian Democratic Party (MDP), who worked to establish a multi-party system alongside Solih.

In fiercely contested 2013 election results, Naheed and the MDP claimed a clear lead. But strong disputes led to the annulment of the original election. Yameen ultimately won with a very narrow margin in the re-elections and Nasheed was forced into exile.

In his first five-year term, Yameen has gained notoriety for the imprisonment or forced exile of many of his political rivals. He boldly locked down parliament after a vote of no-confidence and survived a few impeachment attempts through creative measures such as the anti-defection ruling, which prevents members of parliament from switching parties.

Yameen's government has been accused of silencing dissent and media crackdowns, including the arrest and exile of journalists and newspaper shutdowns. Yameen also pulled the Maldives from The Commonwealth in 2016 after threats about its human rights record.

In September 2016, Al Jazeera released Stealing Paradise, an investigative report that revealed how President Yameen and his associates embezzled millions of dollars, bribed judges and other high-level officials and maneuvered to remove government workers who got in the way.

Yameen survived a judicial coup in February 2018 when the Supreme Court overturned the convictions of nine opposition leaders, including Nasheed who remained in exile. The court reversed its decision after Yameen declared a state of emergency and ordered the arrest of two judges.

Last June, Nasheed decided to exit the presidential race after the Election Commission barred the candidacy to anyone convicted of criminal charges, leaving the opposition coalition to chose Solih for the 2018 elections.

The Maldives election commission boasted an “extraordinary high turnout” from its pool of 250,000 potential voters and extended polling by three hours as voters complained of long delays in the voting process.

No violence or disruptions were reported as per government sources:

MPS is pleased to state that #MvElection2018 voting queues have officially been closed with no violence and minimal complaints from the public. Thanking Maldivians for your cooperation and your service to the nation.

On the eve of Sunday's election, international election monitors who were banned from the Maldives expressed concerns about a free and fair election after Maldivian police raided opposition campaign headquarters.

Just hours before the polling begins in the presidential election, Maldives police raid the campaign headquarters of joint opposition presidential candidate @ibusolih. This is a worrying development. https://t.co/IBdOrsBY7l

They are showing the profiles of all Presidents of the Maldives, and look how they are hiding President @MohamedNasheed’s face.

A vote for change

Maldivian citizens impatient for democratic change stood in long lines, sometimes up to eight hours, to cast their votes.

I feel like these initial results sets the tone of what people are feeling in the Maldives. If the counting goes uninterrupted & untampered with,the coalition will win this hands down. Everyone is just done with this madman. Done. #YAGOUT

Maldivian citizens eager for a new beginning, especially when it comes to measures to protect the archipelago from the negative impact of climate change, will watch carefully in the coming days to see how the transition plays out.