Journalist's expulsion from restaurant leads to debate about racism in Angola 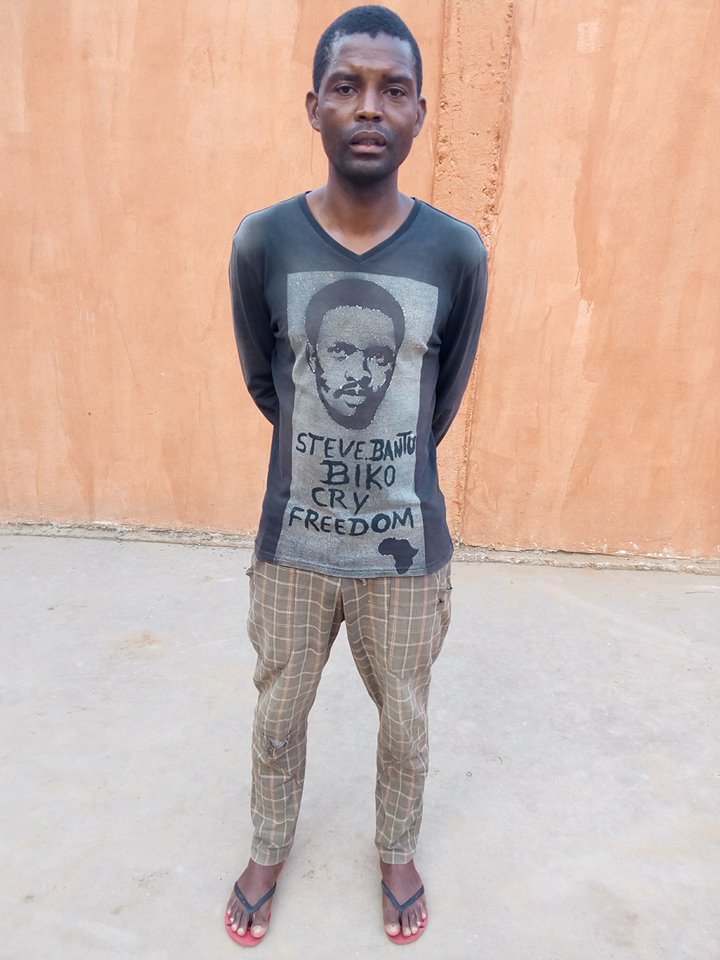 The alleged violent eviction of a journalist from an upscale restaurant in Luanda has caused an online controversy, leading to debates about racism and discrimination in Angola.

On 26 August, journalist and activist Simão Hossi visited the Café Del Mar restaurant with a group of friends. On the instructions of the managers, two employees followed Hossi when he was on his way to the restroom. The employees then allegedly assaulted and expelled him from the restaurant with the excuse that Hossi was poorly dressed.

Yesterday, 26 August, I visited the Ihla de Luanda, in the company of 3 friends, one being a USA citizen who was in Angola for work, they were Jeremias Dito Dalí, Massilon Chindombe, and Rudy Massamba who came from Washington DC.

(…) while looking for a place for us to sit I decided to go to the bathroom and, as I did not know the place I asked an attendant, they said it was straight ahead as he was busy, as I did not find it, I asked a cleaning employee, for her part she asked me quickly where I came from, I answered her like the employee inside the restaurant and that I needed the bathroom, she showed me and I went to use it.

As soon as I left the bathroom I came across more or less 4 to 5 muscly internal security staff that accosted me with questions, what was I there to do, where did I come from and, they then forced me to follow them, I asked where they wanted to take me while accompanied. It was then they used force, one of them took me by force like a baby outside the restaurant area where I was thrown to the floor, the same one who carried me also struck me, and as well as this they also chose words that, this was not the place for me, even though I had been insistently saying that I was accompanied by 3 other people.

As for the question of my clothes, I was actually in flip-flops, I was wearing normal trousers and a long shirt, there were other people with shorts and flip-flops but the target was just me.

For me, the security staff did not act alone, they were covered by the restaurant’s management.

The story was widely shared on social media and many people have publicly criticized and protested the restaurant's actions — among them long-time clients. Hossi was also invited to discuss what happened on the most watched television channel in Angola, TV Zimbo.

In a Facebook post, which was later shared in the newspaper O País, Presidential advisor Ismael Mateus claimed that this case of racism against Simão Hossi is only one of thousands that occur in the country.

According to Mateus, racism in Angola is nothing new, but people prefer to pretend nothing is happening. In some companies, he explained, having lighter skin is a passport to a job or preferential treatment:

It happens in front of us and while we do not take notice of it, these things will continue. One day, when somebody loses their head and a serious incident happens, nobody will remember the people who have been saying for years that we need to discuss racism against the large black majority.

In their own defense, the restaurant wrote that Simão Hóssi had been dressed inadequately and unacceptably. According to their version of the incident, Hossi was approached by a member of the cleaning staff who reproached him for his poor state of dress. The restaurant management then alerted the head of security who asked Hossi to leave the area which created an unpleasant situation for other clients.

Outside the establishment, police officers on patrol in the area were called in to intervene on behalf of Simão Hossi, who alleged that he had been assaulted. This was disregarded by the officers as he did not show any signs of being assaulted.

Internet users divided over the event

Miguel Quimbenze put the blame on Hossi, arguing that he must have treated the cleaning staff member badly:

Buddy you provoked this situation, you treated the cleaning staff member badly, the security staff came on the basis of the information given by this lady. I think that the question the lady asked you was normal

Meanwhile, André Mfumu Kivuandinga, an internet user who followed the event, encouraged Hossi to take the case as far as possible:

Buddy you have to go further with this. You cannot tolerate injustice or discrimination. I am with you, if you need my help, you know where to find me. For that matter, I can do some work on this

Presenter Salgueiro Vincente jumped to Hossi's defense,using Facebook to organize a protest near the restaurant, as well as debates, songs, and poetry.

In response to Vincente's call to protest, Elísio dos Santos Magalhães highlighted the need for a country united against racism:

On 9 September, the day of event, demonstrators shared photos of the protest in front of the restaurant: 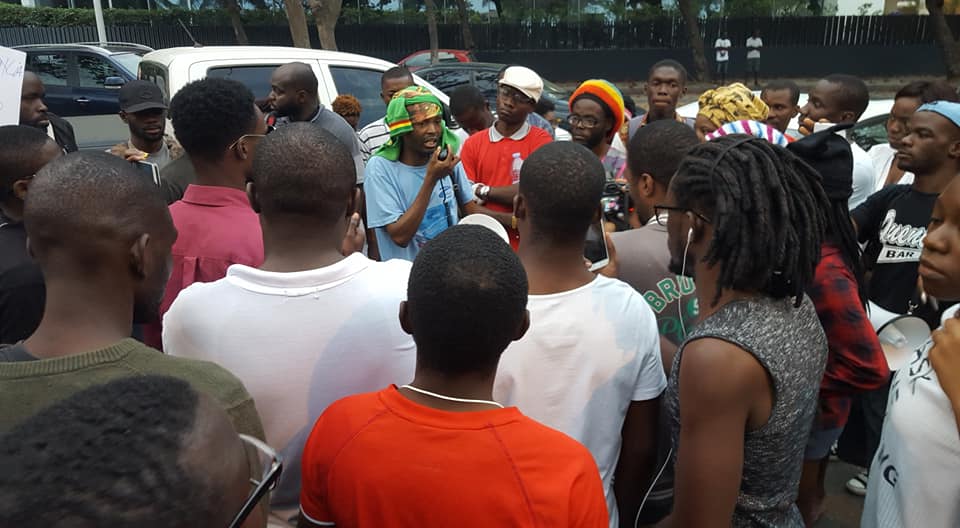 Demonstration in front of the restaurant | Photo used with permission – Hossi Sonjamba (09.09.2018) 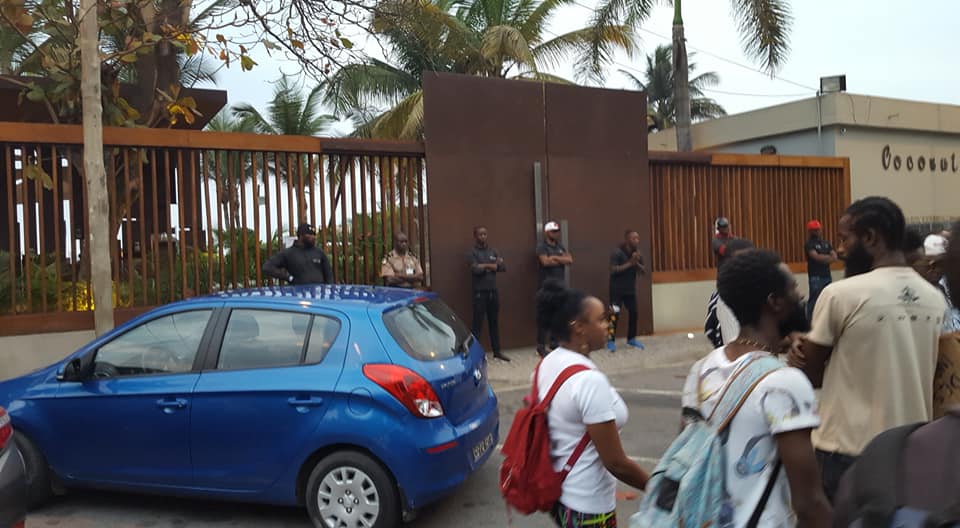 Demonstration in front of the restaurant | Photo used with permission – Hossi Sonjamba (09.09.2018)

According to Hossi’s online posts, the case is still being investigated by Angolan authorities.