Uighurs in the laogai: how China's persecution of a minority turned my fiction into fact 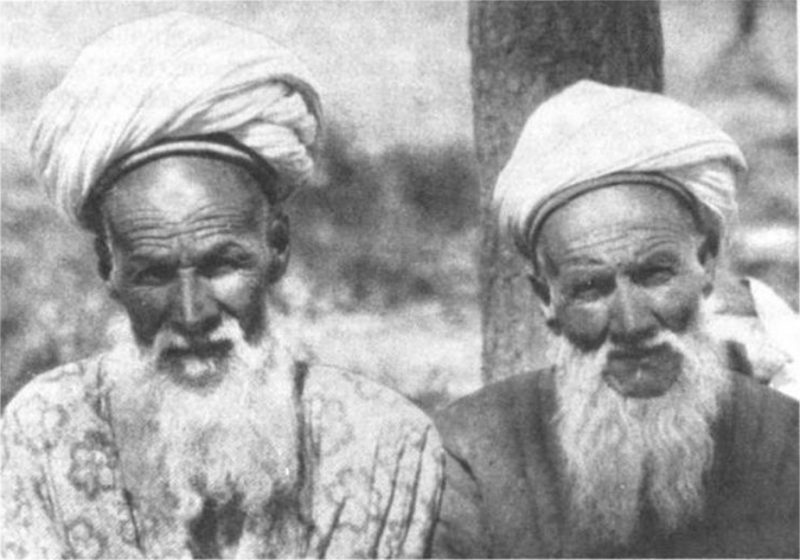 Laogai, the third novel in my series Shanghai Quartet is set in a Chinese labor camp. It will be a series of interlocking short stories about the men incarcerated in that place—the jailers and the jailed, the victims and the perpetrators.

One of the prisoners I’ve simply called the Uighur. He works as an enforcer for another prisoner who runs all illegal activities inside the camp. The Uighur is an emotionless brute who takes pleasure in harming others. A blunt instrument in more ways than one.

Clearly, this character needs a lot of work. An utterly evil character is a boring character. But now I have a new justification for recasting my Uighur prisoner, thanks to Xi Jinping, president of the People’s Republic of China.

Uighurs are a Turkic people who originated in Central Asia. They’ve been in China since the Bronze Age. At one point in time the Chinese referred to them as the turban-headed people. The Mandarin term used nowadays is wéiwúĕrzú (维吾尔族).

Most Uighurs live in China’s Xinjiang Province, which borders several countries, including Mongolia, Russia, Afghanistan, Pakistan and India, as well as the Tibet Autonomous Region. Many of them are Sunni Muslim. The men grow long beards and the women wear headscarves. They observe Muslim dietary laws. Pigeon shish kebab is a local specialty.

There is a long history of attempts to declare an independent Uighur state, and the Chinese have always been sensitive to any unrest on the border. In July 2009, ethnic violence erupted in the capital city of Urumqi. More protests, deaths and military shows of force followed. Then, in 2016, Xi Jinping appointed Chen Quanguo as the new Communist Party chief for Xinjiang Province.

In 2017, 21% of all In some areas of Xinjiang, there are arrest quotas as high as 40% of the local population. The police take Uighurs into custody under the pretext of terrorism or religious extremism. But few of those incarcerated are ever charged, let alone tried in a court of law.

Rahile Dawut may be one of them. She’s an international expert on Uighur culture. The Chinese Cultural Ministry has funded her research. Last December, Professor Dawut hastily boarded a train for Beijing. No one has seen her since.

Rian Thum drew on Dawut’s work to write his own Uighur history. By following the trail of public bids, Thum found evidence of a massive state-funded infrastructure project intended for Xinjiang Province. An invitation posted on April 27, 2018 sought bids forq

compounds of up to 880,000 square feet, some with quarters for People’s Armed Police, a paramilitary security force. Local governments are also placing ads to recruit camp staff with expertise in criminal psychology or a background in the military or the police force.

The purpose of these camps is to sinify the Uighur people—to make them Chinese. To become Chinese, the Uighurs must eat pork, drink alcohol and dance. It would all be laughable, but for the deadly intent.

Inside the prison camps, prison officials teach Uighurs not to be Muslims and to protect China. They march inside crowded cells, chant slogans and are made to watch propaganda videos. It’s a description of laogai life that perfectly matches the eyewitness account of Prisoner #42816.

Last month, the UN Committee on the Elimination of Racial Discrimination reported that up to one million Uighurs and other Muslim minorities are being detained in a no-rights zone. But there are no prison camps in Xinjiang, China says. We call them “vocational education and employment training centres”. We call those detained “criminals”, and the ones who spread false rumors, “anti-China forces”.

People of all ethnic groups in Xinjiang cherish the current situation of living and working in peace and happiness.

When talking to the West, Beijing refers to its labor-prison complex as an educational institution. But for its domestic audience, Sigal Samuel reports, there’s a different narrative. According to Beijing, these prison camps are actually hospitals and their inmates are patients in urgent need of treatment:

The Chinese government uses the analogy of an infectious disease to further three goals. First, to justify its large-scale internment. After all, if you want to eradicate smallpox, you have to inoculate all the children.

Second, to explain why it is necessary to quarantine the Uighur for such lengthy periods of time. Sometimes you need multiple courses of treatment to cure the patient. And when the patient finally recovers, he will need vigilant and perpetual out-patient care.

Finally, to stigmatize the Uighur people. Religious extremism and terrorist tendencies are diseases of the mind and, as such, likely to recur. Such a slur comes as no surprise to the Uighurs. As Sigal Samuel notes, calling Islam a disease is

part of China’s attempt to eradicate Muslim ethnic minorities and forcefully assimilate them into the Han Chinese majority.

History repeats itself. You can see it in the quotas. You can hear it in the propaganda. In the early 1950s, Mao Zedong called his enemies poisonous weeds. Now, they’re malignant tumors. Xi Jinping is following in the footsteps of the Great Helmsman. Or, as Chris Buckley and Austin Ramzy put it:

Xi Jinping, the country’s president and Communist Party leader, is determined to redraw the boundaries of what is permitted in religion, academic research, civil society and ethnic expression.

I’m not going to aid Xi Jinping’s propaganda campaign. Or let my novel perpetuate cultural prejudices. Maybe my enforcer doesn’t need to be Uighur or a member of any other minority group in China. Wherever my enforcer comes from, he’ll need to have more interests than simply beating people to death.

But at least there’s one thing I don’t have to worry anymore. Now I know for sure there are Uighurs in the laogai.

Karen Kao is a poet, fiction writer and essayist based in Amsterdam. This original version of this essay was published on Inkstone Press.