Screen-shot from the film “The Fight of Mare Bogdanova.”

When we first told Mare Lakovic's daughter that we wanted to make her late mother the focus of a documentary marking 70 years of anti-fascism and female emancipation in Montenegro, she reacted to the idea with astonishment. “This must be some kind of a scam,” she told me and my co-author, Dragan Koprivica.

But Vidosava Laković, who is now 80 years old, later came round to the idea. Five months after that initial phone call, and in large part thanks to the memories she shared with us, her mother's story now been made known to tens of thousands of Montenegrins after it was aired by Balkan country's national broadcaster on  July 12 2018.

Mare Lakovic, who was born in 1910 in the Montenegrin city of Cetinje, lived an ordinary life during extraordinary times. She was just over 30 and a mother of four children when she became a widow, after Nazi forces invaded the country then known as the Kingdom of Yugoslavia. Her husband Bogdan, a Communist partisan. was killed in action during the battle of Pljevlja in December 1941. Mare not only witnessed the defeat of fascism in 1945, but was an active participant in the underground partisan struggle.

In the turbulence that followed the communist nation's dramatic split with the Soviet Union in 1948, she was almost interned in a political prison on a barren island in the Adriatic. It was her tireless efforts for the partisan cause during the war and her network of Balkan allies that saved her, as power-brokers at the very top of the Yugoslav hierarchy intervened. She lived to see the collapse of Yugoslavia, nearly five decades after women in the country earned the right to vote, but died 10 years before her native Montenegro gained independence in 2006.

Lakovic was not a complete unknown before we made our film. We had found her among a host of characters that featured in a gripping chronicle called “Eagle's Rock—100 years of a Montenegrin Family's Life” written by the famous Montenegrin broadcaster and publisher Nebojša Bato Tomašević. Tomašević, a survivor of the 1958 Munich air disaster that killed 23 people including members of the British football club Manchester United, died last year, at 87. But “Eagle's Rock” stands as a permanent testament to the heroic roles played by ordinary Balkan women such as his early mentor Lakovic during times of unimaginable hardship, and helped inspire the film we called Mare Bogdanova's Fight (published online with English subtitles).

By researching and sharing the story of an ordinary person's struggle, we wanted to remind younger generations how the rights that we now enjoy were won, and show that each freedom and right has its own battlefield, where huge sacrifices were made. The title reflects the Balkan custom of calling the wife by the name of the husband, which was common during her lifetime. Within her community Mare Laković was known as Mare Bogdanova, meaning Bogdan's Mare.

A struggle against fascism, and patriarchy, too 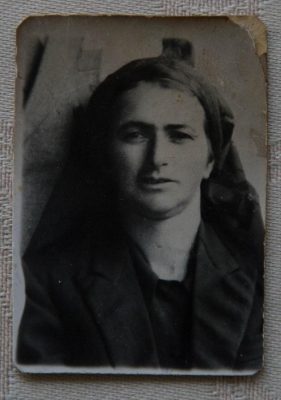 The Mare Lakovic that emerges from Bato Tomašević's work is a strong role model who provides the author with his first real connection to the partisan movement in Cetinje, which was under Nazi occupation from 1941 to 44. It was Mare who assigned Tomašević many of his early errands in the movement, who sent him to observe public executions of captured anti-fascist resistance fighters. Informing on the behavior of those sentenced to death was important for the movement, in order to determine whether they'd cracked under torture. Mare sent him to carry food to the prisoners, to share news from the radio and to keep her informed of everything he saw on his journeys through the town.

The partisan struggle propelled women like Mare, who was illiterate at the time, into positions of quiet leadership. It proved they could be indispensable not just inside the home, but to their communities and country, and led to a gradual shift in values across Yugoslavia.

But if women like Mare formed the background of the antifascist resistance, the movement also needed its trailblazers.

Unlike Mare, League of Communist Youth and Women’s Antifascist Front member Bosa Vuković was steeped in political literature from a very young age. Vuković was a more vocal opponent of patriarchal conservatism than the vast majority of women of the time. After her participation in the anti-fascist movement, she became the editor of a magazine called “Our Woman”, which came to be viewed as vital to the education and emancipation of women in Montenegro. The women's movement in Montenegro is another focus of our film.

One of our main motivations for preserving the memories from this era of constant struggle was the fact so many of the people who knew Mare and her husband Bogdan are now quite elderly. Luckily we were able to talk to these vital sources of human memory, who helped us to build up a picture of a life of which there is little documentation in the state archives.

The Radio-Television of Montenegro (RTCG), the country's public broadcaster, in turn helped us build historical context into the work by providing some great footage from the era sourced from Lovćen film, Montenegro's communist-era state film studio. The fact that the public broadcaster aired the film shows that the anti-fascist struggle still resonates with society. After all, Montenegro's statehood day on July 13 commemorates the anti-fascist uprising on that date in 1941.

But despite avoiding some of the right-wing populism seen in other Balkan countries, Montenegro is not immune to the conservative trends coursing through Europe and the world as a whole that fly in the face of the anti-fascist movement's principles. The stress conservatives place on family values and religious values threatens to limit individual rights and undo much of the progress forged in extreme circumstances by Mare and others. Abortion and a potential law on same-sex partnerships are two key targets for these groups, but there is no guarantee they will stop there. The distance between various social groups in society is growing at a worrying rate, and the vulnerable are at risk of being cut adrift.

This is where education comes in. Those who create educational policies must be aware of these trends and pay more attention to civic education in schools. It is not enough to simply criticize young people for not knowing or for showing interest in the events that their great-grandparents lived through. It is the responsibility of teachers to show them that the values of anti-fascism are not just a part of history, and that history is studied not to glorify the past, but to safeguard the future.

The film Mare Bogdanova's Fight was produced with the support of the European Union by the Center for Democratic Transition (CDT) non-profit and in cooperation with Media Solution. The production is available online with English subtitles.