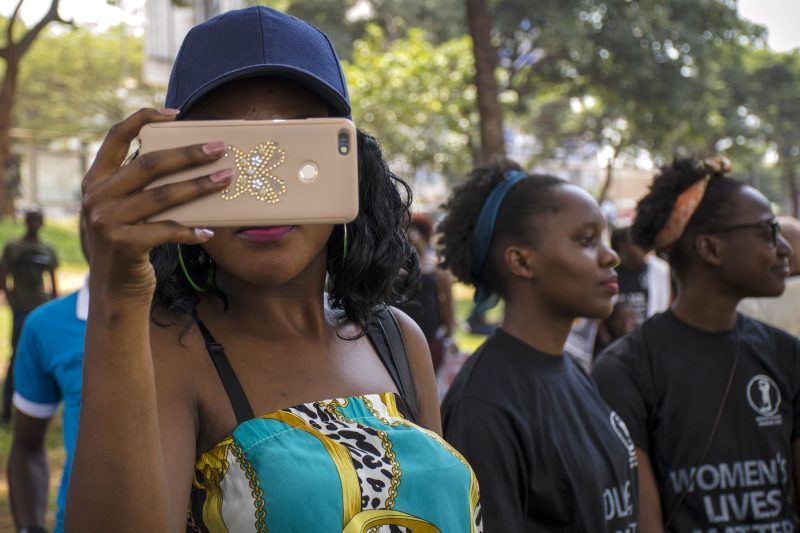 In the wake of Tanzania’s “blogger tax” and the social media tax recently implemented in Uganda, Zambia’s cabinet approved a similarly-styled tax social media users and internet-based communication platforms such as WhatsApp, Facebook, Viber and the like in mid-August.

The government of Benin also approved a similar tax amendment that targets standard telephony-based mobile messaging and calls, and then puts an additional tax on the use of internet-based communication apps.

The focus on these applications raises a long-standing issue that many governments have taken with internet-based communication applications, such as WhatsApp, which are free of charge for any person with internet access. Government actors have long voiced concern about revenue losses for national telecom operators who were once the primary providers (and cost beneficiaries) of these services.

But at this stage in the development of the telecommunications sector in much of sub-Saharan Africa, tools like WhatsApp and Facebook Messenger are key platforms for the distribution of community information, news, and public alerts during emergencies. Making them more expensive may drastically reduce citizens’ ability to communicate with one another.

Zambia’s new tax was approved despite opposition from various sectors, including the country’s Chamber of Commerce and Industry, who anticipated the tax creating major strains on businesses.

The Media Institute of Southern Africa’s Zambia chapter released a statement of concern on the matter, in collaboration with Blogger of Zambia, a national collective. They wrote:

This is a form of double and punitive taxation and taxing individual users in lieu of the social media companies that actually make money. We are concerned about this proposal because it falls within a pattern of government clampdown on online expression as we have noted of late.
[…]
Why should we make this expensive in the midst of already over-taxed residents, coupled with high poverty levels?

Quartz Africa also pointed out that mobile internet use has dropped in Zambia, from 6.1 million to 5.2 million in 2017, suggesting that the cost of connecting has become too high. With the new tax coming into effect, these numbers may fall once more.

After Facebook banned a total of 18 accounts and 52 pages related to Myanmar's military in late August, in tandem with United Nations findings that the military had promoted ethnic violence against Rohingya people, the office of the Myanmar Military Chief swiftly created a new account on Russian social media site VKontakte (VK), and several other military officers followed suit.

As of September 14, the account had 37,000 followers. Time will tell whether this transition will allow the military to rebuild its online presence on VK. Similar to Facebook, the platform prohibits content that “propagandizes and/or contributes to racial, religious, ethnic hatred or hostility, propagandizes fascism or racial superiority.”

Two WeChat users in China’s Shandong province were arrested on August 25, 2018 for spreading “rumors” about the spread of disease in livestock, triggered by record-level flooding in Shandong. The users had both posted messages warning friends and family to be careful of disease, which has spread due to flooding from Typhoon Rumbia. In China, any piece of information that does not come from official government channels can be considered a rumor.

Egyptian photojournalist Mahmoud Shawkan to be released from prison

Egyptian photojournalist Mahmoud Shawkan, who was sentenced to five years in prison for covering police abuses of protesters in 2013, will soon walk free. Shawkan's verdict was part of a mass trial that included 739 people charged after the violent dispersal of a protest camp in support of former Egyptian president Mohamed Morsi in 2013. During the same trial, 75 prominent members and affiliates of the Muslim Brotherhood were sentenced to death.

One day before a major rally against an unpopular pension reform was planned in Russia, Google informed the rally organizers, the Anti-Corruption Foundation, that it was taking down their YouTube videos promoting the rally, citing violation of Russian election laws. Legal experts say that this is a questionable interpretation of the law. Leonid Volkov, a former campaign manager of opposition activist and former Moscow mayoral candidate Alexey Navalny, warned against the company's unquestioning compliance with censorship demands from repressive governments.

The European Parliament approved a Copyright Directive that will likely have major implications for online free speech. The directive includes a so-called “link tax” that will allow publishers to collect a fee from major platforms like Google when listing links to their publications or papers. The directive will also require user-generated content platforms like YouTube to assess the ownership of a piece of content — whether it be video, audio, text or image — before a user can successfully upload the file. In a critique of the measures for The Guardian, James Ball argued that rather than taking power away from major internet platforms, they will do the opposite:

“…building these pre-filters will be time-consuming and expensive – meaning that they will serve to entrench existing social networks in their positions of power and make it harder for new competitors – perhaps with better business models not based on data harvesting – to appear.”

India’s Supreme Court unanimously ruled that a 157-year-old law that criminalized homosexual sex was unconstitutional and struck the law down. The court’s decision could set a strong precedent for defending a variety of privacy rights, especially online. Commenting on the judgement, APC Women’s Program director Jac sm Kee said: “The work of concretising the right to privacy and its critical link to the right to autonomy, life and dignity is an important recognition of this fundamental right in an age of increasing digital surveillance and intrusion into the embodied, private and public lives of individuals by states, corporations and other parties.”