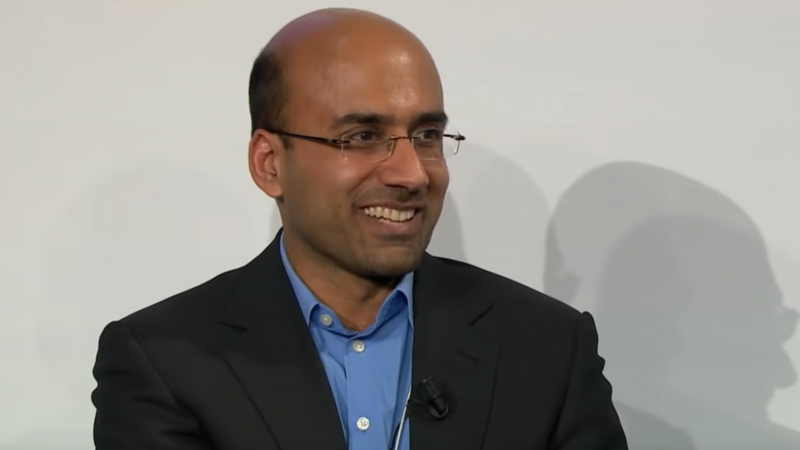 Economist Dr. Atif R. Mian, a professor at Princeton University, is a member of the Ahmadiyya Muslim sect. Screenshot from a video interview via YouTube

Dr. Atif Mian, a professor at Princeton University in the US, belongs to the Ahmadiyya sect, which was declared non-Muslim by the second amendment to the Constitution of Pakistan in 1974. A 1984 ordinance promulgated by the government of General Zia ul Haq imposed further prohibitions against Ahmadi Muslims, including making the public practice of Islam and the use of Islamic symbols and titles a punishable crime.

After Mian's appointment, a smear campaign ensued in social media against him and the government. Tehreek-i-Labbaik Pakistan (TLP) and Maulana Fazal ur Rehman of Jamiat Ulema-e-Islam (Fazl) threatened nationwide protests, and a notice signed by a number of members of Pakistan National Assembly was served to Parliament.

The EAC is headed by Pakistan's prime minister, Imran Khan, and Dr. Mian was one of 18 nationally and internationally renowned members appointed to the Council. Fawad Chaudhry, Federal Information Minister and government spokesperson, initially defended the government's decision, reminding critics that “it is an economic council, not Islamic Ideology Council.” Minister Chaudhry also declared that “Pakistan belongs as much to minorities as it does to the majority.” These statements were received with optimism, a ray of hope for ‘Naya Pakistan’ (New Pakistan), which turned out to be short-lived.

On Pakistani social media, the attack came from two fronts. The first attack came from the religious bigots who jump onto bandwagons to flay Ahmedis all the time and cannot see them in any office of public importance or authority. This class seeks vengeful persecution of Ahmedis.

The second category is what I would call ‘fake bigots’, who are merely seeking to score a political point against Imran’s Pakistan Tehreek-e-Insaf (PTI) for its putrid campaign in the election. This lot wants to drive home the hypocrisy of the government, but its invective is pouring out as apparent religious hatred.

Atif Mian was asked to step down from the Advisory Council and he has agreed. A replacement would be announced later.

For the good of Pakistan

The government wants to move forward alongside scholars and all social groups, and it is inappropriate if a single nomination creates an impression to the contrary.

The minister added that:

Khatm-i-Nabuwwat [belief in the finality of the prophethood] is a part of our faith and the recent success achieved by the government in the matter of blasphemous sketches is reflective of the same connection.

Dr. Atif Mian tweeted his reasons for complying with the request:

1/ For the sake of the stability of the Government of Pakistan, I have resigned from the Economic Advisory Council, as the Government was facing a lot of adverse pressure regarding my appointment from the Mullahs (Muslim clerics) and their supporters.

Many have condemned the government's revoking of the appointment and expressed support for Dr. Mian.

Drew a portrait of @AtifRMian to remind myself that long after the bigots and all of us have perished ; brilliant people like Atif Mian will continue to live on through their scholarship and ideas. The bigots and zealots will not even be footnotes. Power on #AtifMian pic.twitter.com/1Nwz5qIojd

Time and again social justice warriors like me are confronted with the haunting question: what’s the point? This country doesn’t give a fuck for being good or just, it’s only interest is in capitulation to religious gangsters. https://t.co/aLhEyP6mPS

Two other members of the EAC—London-based economist Dr. Imran Rasul, and Harvard University’s Evidence for Policy Design unit co-director Asim Ijaz Khwaja—resigned from the Council in solidarity with their colleague, citing moral and religious principles:

With a heavy heart, I have resigned from the EAC this morning. The circumstances in which Atif was asked to step down are ones I profoundly disagree with. Basing decisions on religious affiliation goes against my principles, or the values I am trying to teach my children. (1/5)

Have resigned from EAC. Painful, deeply sad decision. Grateful for chance to aid analytical reasoning but not when such values compromised. Personally as a Muslim I can't justify this. May Allah forgive/guide me&us all.Ever ready to help.Pakistan Paindabadhttps://t.co/j80LHEhfRK

The removal of Dr. Mian has also started a new debate in Pakistan over the rights of minorities. Young Pakistanis who voted for the PTI thinking it was a liberal, pro-minority party expressed disappointment. Advertising creative Bismah Mehmood, expressed satisfaction that PTI followers—known for their brash behaviour and trolling on Twitter—were at least taking a nuanced view of the situation:

Kudos to the PTI fans opposing and wholeheartedly criticizing this step by the govt. That's the only positive