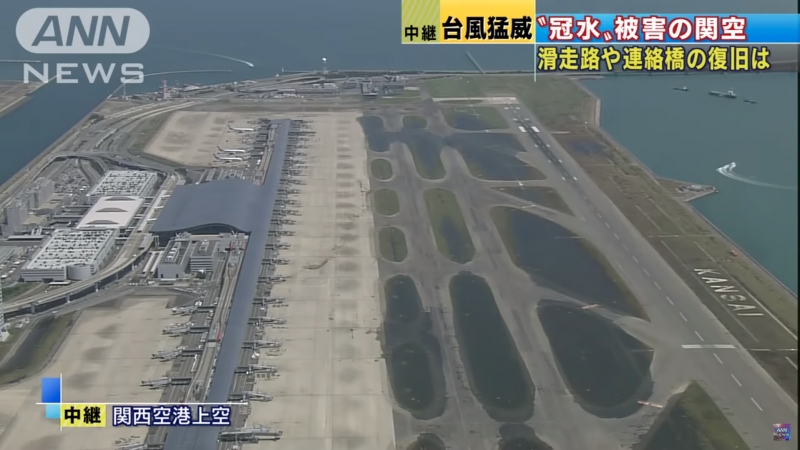 In the summer of 2018, Japan experienced a succession of natural disasters that left government and local authorities scrambling to provide support. The media has also struggled to cover them, leaving many people feeling that some calamities are eclipsing others in the public consciousness.

The series of disasters began in July, when much of western Japan experienced torrential and unprecedented rainfall, leading to flooding and landslides that killed hundreds of people. Next, a sustained heat wave resulted in more than a hundred deaths and tens of thousands of hospitalizations.

Then, on September 4, Typhoon Jebi became the strongest typhoon to hit Japan in 25 years. But the disaster, which primarily affected Osaka and the surrounding region, was eclipsed by a massive earthquake that struck Hokkaido, Japan's northernmost island, on the next day. So far, 39 people have been reported dead as a result of the quake and much of the island was left with no electricity.

The succession of massive natural disasters left some puzzled over all the images flooding the internet:

I'm getting confused. Thought this was a photo of post-earthquake power outage in Hokkaido but it is actually typhoon damage in Osaka. https://t.co/wKHn7A7cWE pic.twitter.com/sc6HPyRIkf

Others lamented the fact that attention quickly moved on from Typhoon Jebi despite it leaving widespread damage around Osaka in a region known as Kansai, which is home to 22 million people and Japan's third-biggest economy after Tokyo and the Kanto region.

Nearly two million people were evacuated in the face of Typhoon Jebi, but the storm still left 11 dead and hundreds injured in its wake. Ten thousand households are in still the dark a week after the end of the storm.

Here's the aftermath of the typhoon in Senshu (southwestern Osaka prefecture). While the media is now focusing on the Hokkaido quake, I wish there was more discussion of what's happening in Senshu. I want people to know how impossible it is to try to get by with no electricity or running water. I just wish there was a way to help out.

Kansai International Airport, which serves twenty million passengers a year, was left with no electricity, air conditioning, cellular service, or even an escape route. While a storm surge has flooded the airport's buildings, all access was cut off after powerful typhoon winds pushed a drifting freighter into the only bridge that connects the mainland to the artificial island where the airport is located.

An estimated 5,000 travelers had to spend a hot, sleepless night at the airport. When speaking with television journalists, stranded passengers reported a total lack of information from the outside world. Travelers lining up for food and water outside the airport the day after the storm.

Eventually, authorities in Japan began to organize a response.

[Note: It was originally reported in this article, and on social media, that the Chinese consulate arranged this rescue. However it has been reported that this is misinformation. The Kansai Airport authority in fact arranged the transportation captured in the Twitter video here. This story has been updated to reflect that.]

The Chinese consulate in Osaka had to charter 15 buses in order to evacuate Chinese travelers stranded at Kansai airport. Apparently, passengers on the buses could be heard praising China, saying, “We now realize China really is a grand country” and “I love China,” a great PR win for that country.

While media reports helped publicize the plight of those stuck in Kansai airport, not everyone was appreciative of the coverage's emphasis on the government's inaction. Blogger and media critic Fujiwara Kazue's was one of those critics:

Check out this TV Asahi reporter taking heat for suggesting 24+ hours after Typhoon Jebi has passed maybe there shouldn't still be queues of people stranded, waiting for buses that haven't come with no information about what's going on at Kansai's biggest international airport. https://t.co/cfwU4Ly7Qm

(Translation of Fujiwara Kazue's embedded tweet above) As airport staff desperately do their best in the midst of a catastrophic crisis, this reporter decides to come to Kansai airport to complain and stir up trouble. Perhaps he could please tell us what he would actually do to fix the situation?

Fujiwara's tweet was shared 25,000 times and the conversation about media coverage of Kansai airport resulted in at least 500 comments that were also largely critical of journalists.

All morning the news programs have been saying how the government isn't doing this, or the Self-Defense Force (Japanese armed forces) have been doing that, and that children and the elderly are being kept waiting… but even as others are working hard on the ground, (the media) just says whatever it wants back in the television studio.

The earthquake in Hokkaido that followed on the heels of Typhoon Jebi has also shut down another major air hub. Once again, thousands of travelers were stranded in Chitose airport, which serves as the gateway to the city of Sapporo. A journalist writing for the daily newspaper the Mainichi Shimbun observed:

While the number of foreign tourists to Japan has been increasing, I wonder if the complete shutdown of both Kansai and Chitose airports will affect that rising trend. Japan has become the sort of country that you travel to without knowing if you'll actually be able to make it back home again. It would be unfortunate if such a perception of Japan starts to spread, and people stop coming here.

While Chitose airport was able to quickly reopen following the earthquake, many homes in Hokkaido will remain without electricity until early October. Due to the damaged bridge and widespread flooding, it will take even more time to restore full operations at Kansai airport.

For some people, post-disaster life can feel very surreal. A breakdown in logistics has made it tough for supermarkets to keep their shelves stocked. There are many reports of convenience stores and other shops offering little variety. This tweet of a convenience store in Sapporo selling nothing but bananas has been shared more than 70,000 times.

The (Lawson) convenience store near my house has turned into a banana stand.

Note: This story has been updated to reflect that the convenience store selling bananas is in Sapporo, and is not in the Kansai region.