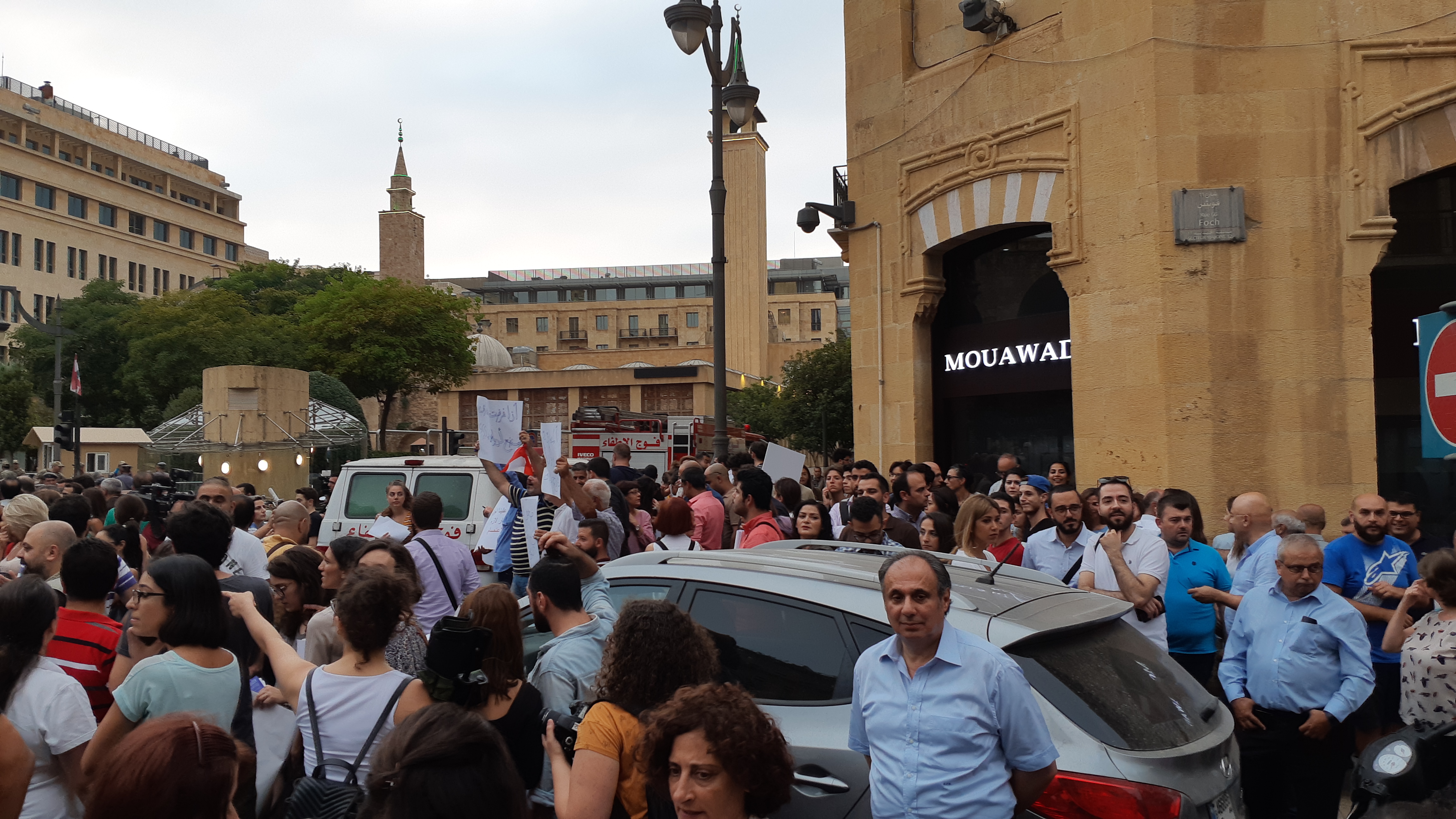 New protests by Lebanon's “You Stink” movement erupted in Beirut after authorities announced they will move ahead with incinerator plants in order to solve the city's chronic trash crisis.

Protesters marched towards Lebanon's parliament and the environment ministry offices on August 29, the day of the third year anniversary of the Beirut-born, youth-led movement. In 2015, “You Stink” mobilized thousands of people against the government's waste mismanagement in what turned out to be Lebanon's largest non-partisan street demonstrations since the end of the civil war in 1991.

Beirut officials first revealed the incinerator plans in October 2016 following a consultation with their counterparts in Copenhagen, which is considered to be the cleanest European capital. The Danish reportedly recommended waste-to-energy plants to deal with the crisis.

However, several Lebanese scientists and civil society organizations are unhappy with this solution. They argue that ash by-products pose serious environmental risks whose management are difficult and costly.

The residents of Karantina, an industrial district in Beirut that already accommodates two open-air disposal sites, were among the waste-to-energy plant's most vocal opponents. Back in 1997, with the help of Greenpeace, they've raged a relentless, and ultimately successful campaign against authorities’ plans to build an incinerator in the area.

Twenty years later, on August 30, 2017, they took to the streets again following rumors that the area had been picked for the new waste-to-energy plant. Beirut's mayor Jamal Itani, however, has said that a location has not yet been chosen.

One other vocal critic of Beirut's incinerator solution is the Waste Management Coalition, who advocates for sustainable solutions for the trash problem. They argue that while incinerators have been successfully deployed in Europe, Lebanon does not have the necessary infrastructure to ensure their safe use.

The group launched a petition in February 2018 demanding that authorities develop policies to reduce waste generation, implement recycling programs and adopt disposal methods in compliance with national and international environmental regulations. The petition gathered 727 supporters from the 50,000 goal that was set.

Additionally, a group of academics from the American University of Beirut held a conference in March 2017 and presented scientific evidence against the adoption of incinerators.

In early 2018, Ziad Abichaker, a prominent environmental activist and waste entrepreneur, released a documentary analyzing all threats that come with incineration and why Beirut residents should worry about its impact on the environment and people's health.

Update: A previous version of this story incorrectly stated that the civil war in Lebanon ended in 2006. The correct year is 1991.