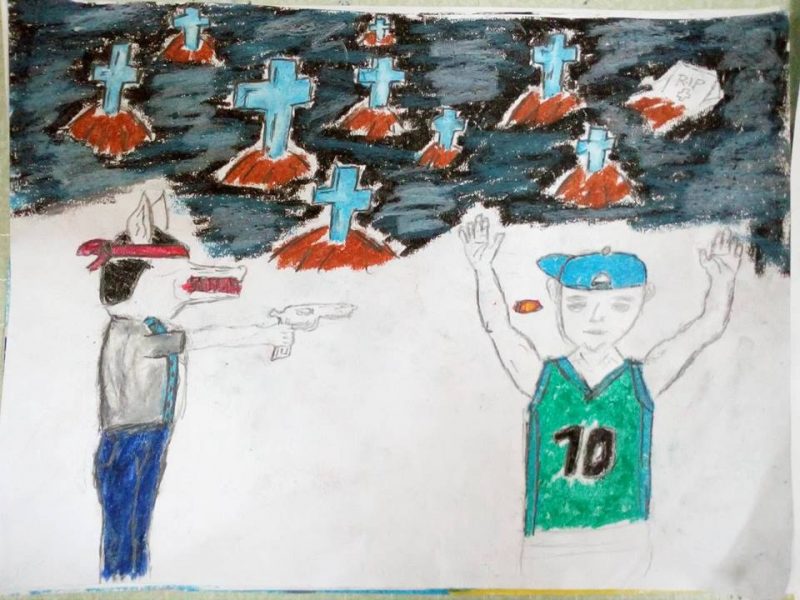 This sketch features the shooting of an unarmed teenager by a person depicted as a pig. It reflects the extrajudicial killing of thousands of individuals, including teenagers, by masked individuals who are allegedly linked to the police and other state forces. Source: UGATLahi Artist Collective, used with permission

A group of Filipino high school students has reacted to the Philippines’ deteriorating human rights situation through the creation of powerful visual imagery.

The death toll in Duterte's anti-drug war reached 20,000 according to a December 2017 government report on the campaign's perceived success. Yet, they later retracted this number for a more conservative official figure of over 4,251 casualties as of April 2018.

Batasan Hills has borne the brunt of Duterte’s bloody war on drugs with officers from the Batasan Station killing 108 individuals in anti-drug operations between July 2016 and June 2017, accounting for 39 percent of all killings in Quezon City during this period.

The students attended an art workshop organized by the activist group Sining Bugkos on August 28, 2018, with the aim of promoting a progressive and pro-people culture that raises the awareness of youth's rights to a peaceful future. The workshop is part of an art caravan themed Kultura Karapatan Kapayapaan (Culture, Rights, Peace).

Max Santiago, one of the workshop organizers and a member of the UGATLahi Artist Collective who participated in the workshop said:

The youth are aware of what's happening in society. On the images you can see extrajudicial killings, charter change, war, and the gap between the poor and rich in society.

Here are some of the digital images made by the students and shared by the UgatLahi Artist Collective: 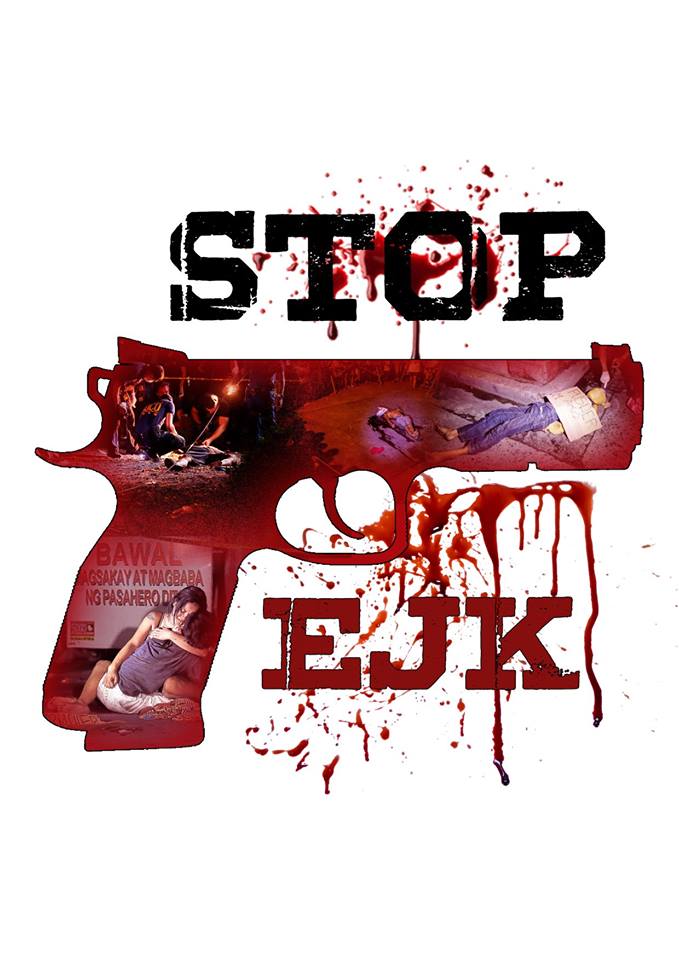 This digital image calls for an end to drug-related extrajudicial killings. It collates images of some of the Oplan Tokhang operations in urban poor communities. Source: UGATLahi Artist Collective, used with permission. 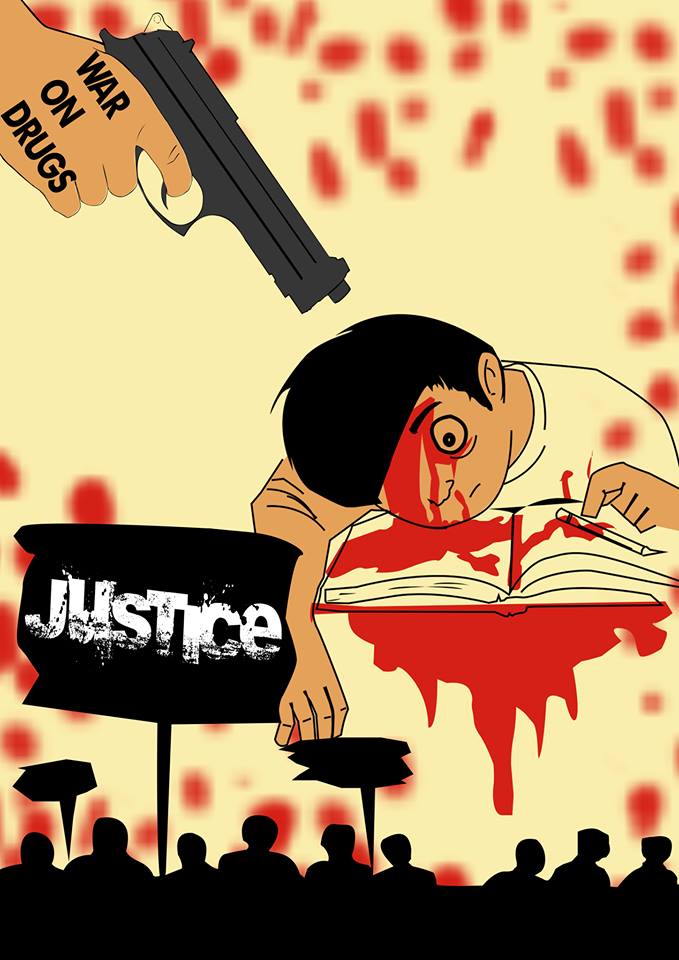 This digital image depicts the killing of students and young people in the so-called ‘war on drugs’, and the public protests it generated. Source: UGATLahi Artist Collective, used with permission. 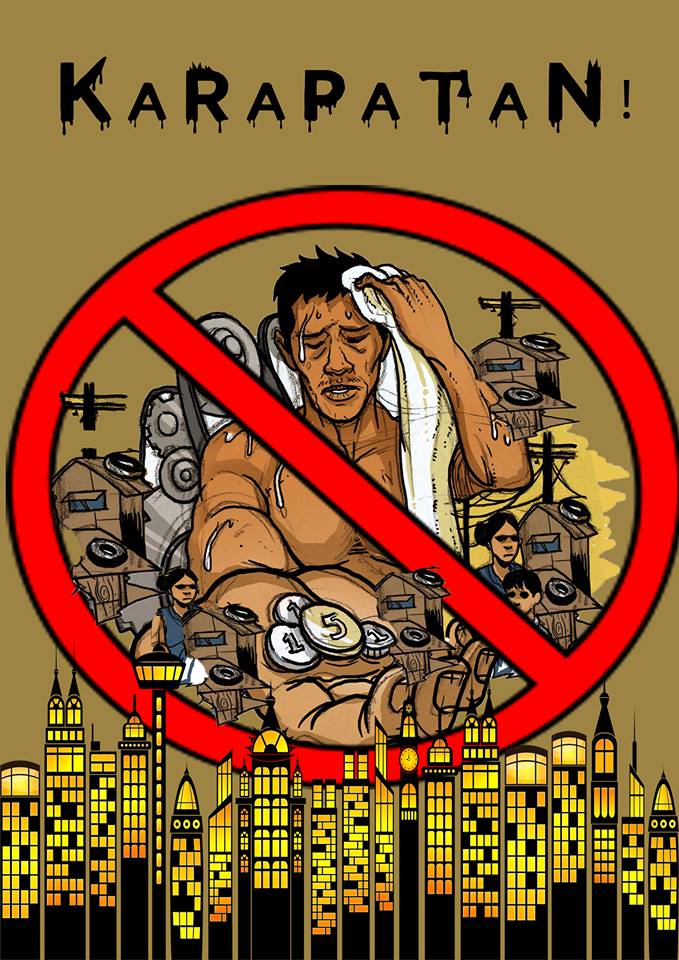 This digital image is headlined with the word ‘karapatan’ (right) and illustrates the eviction of poor families in many communities targeted by the government for commercial development. Source: UGATLahi Artist Collective, used with permission. 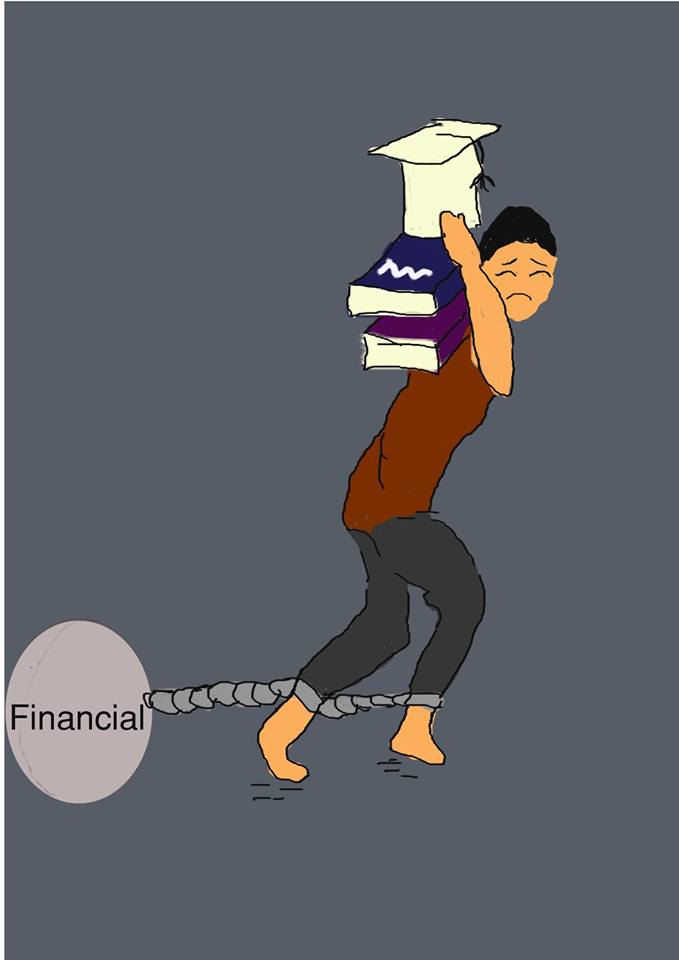 This digital image reflects the struggle of many students whose dream of finishing a degree is made difficult because of poverty. Source: UGATLahi Artist Collective, used with permission.