It is now legal to be gay in India 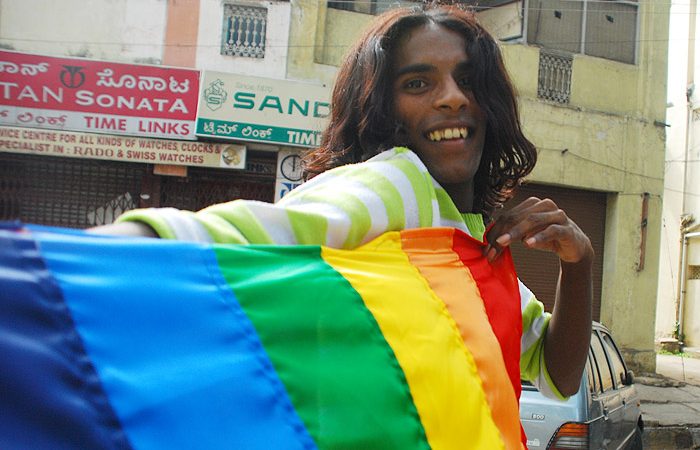 Indians were overcome with joy on Thursday, September 6, after the country's Supreme Court unanimously ruled the 157-year-old law that criminalized homosexual sex unconstitutional.

Section 377 of the Indian Penal Code was a legacy of the British empire, who around the mid-19th century imposed many laws criminalizing homosexual acts across its colonies.

Majoritarian views and popular views cannot dictate constitutional rights. LGBT community possesses human rights like all other sections of society. Equality is the essence of the constitution. 377 is arbitrary.

Back in 2013, the Delhi High Court ruled Section 377 unconstitutional, but this had been overturned shortly after by the Supreme Court.

The latest Supreme Court's decision has brought joy to people across the country, gay or otherwise. On social media, many acknowledged that such victory is the result of years of activism by India’s LGBT community.

For 29 years, I have lived in the shadow of this law, and now, just like that, it’s gone.

Jayna Kothari, executive director for the Center For Law And Policy Research, said:

In the words of Justice Indu Malhotra that history owes them and their families an apology for criminalizing them for so many years – today’s decision is a remarkable recognition of the equality and dignity of LGBT persons.

I'm thrilled that India has finally repealed the colonial-era law criminalizing gay sex, a law imposed by the British during imperial rule. Today, one fifth of the world's population was just freed from this homophobic legal relic. ?️‍? ?? https://t.co/bZ5RNy6esd

The decision will not reflect in Indian-administered Jammu and Kashmir state as it has its own constitution and criminal law, the Ranbir Penal Code, which still criminalizes non-heterosexual sexual intercourse. Dr. Ajaz Ahmad Bund, a social worker in Kashmir, told the Times of India:

The Supreme Court judgment, I am hoping, will now initiate a debate and awareness about what it means to be gay or lesbian or transgender in Kashmir.