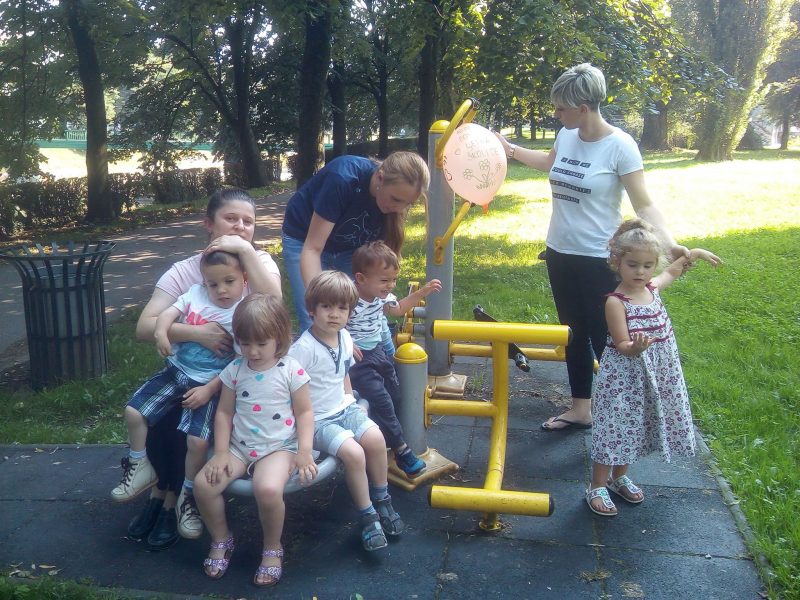 In July and August 2018, NGO EDUS (“Education for all”) organized a Summer school for kids with cognitive disabilities. Photo by EDUS, published with permission.

After an entire year of campaigning for education for children with learning disabilities, Bosnian parents were left distraught after authorities in Sarajevo denied a primary school funding for the upcoming year.

Launched in September 2017, the #WhereIsMySchool campaign (#GdjeJeMojaSkola in Bosnian) demanded authorities include in its educational system a program developed by EDUS, a local nonprofit organization that offers support for educators of children with special needs.

As the campaign gained traction, the assembly of the canton of Sarajevo approved a resolution that would obligate the education ministry to provide both space and human resources to care for such children. Officials from the ministry promised to work with one local school in Sarajevo and EDUS to execute the assembly's decision.

However, on August 29, only four days before the school year was due to begin in Bosnia and Herzegovina, EDUS warned that their educators hadn't yet received payment from the Ministry.

Education minister Elvir Kazazović rebuffed EDUS’ claim the next day, but according to Truth-O-Meter, a Bosnian fact-checking initiative, the organization was the one telling the truth:

Today the gate of the primary school Isa Beg Ishaković remained closed for the children who attend education according to EDUS’ program because there were no teachers who could welcome them. According to the information by EDUS, this state of affairs will continue. Therefore we rate as untrue the statement of Minister Kazazović, in which he claims that all human resources issues with the educators are solved and that all adequate conditions for work according to EDUS program are provided.

Truth-O-Meter added that around 150 children from the Canton of Sarajevo are now out of school.

The campaigning parents were devastated. Aida Hrnjić, a parent of a kid with autism, has written a sorrowful open letter for the influential website Index.ba:

When yesterday the minister of education on a TV bragged how he's satisfied with his work, how the kids of Canton of Sarajevo will go to free skiing etc. I almost got a stroke imagining how the kids will be happy skiing. Some other kids, but not our kids who have disabilities including autism. They don't get to have access to even basic primary school.

People, imagine how it feels if your child is forced to just sit and wait for charity from incompetent politicians who can't even make a simple agreement, while their time is running out and they're backsliding. Here the issue is not a simple kindergarten or babysitting while the parent is at work, here the issue is fighting for the life of this kid, a struggle to teach them to become as self-sufficient as possible, to teach them to think. To teach them how learn.

Ms Hrnjić asked the parents of neurotypical children to show solidarity through boycotting the first school day. Another campaigner, Aida Ajanović, also shared her thoughts on her Facebook profile:

I won't call you to boycott, because you simply don't care for such calls. Just like the authorities who have not cared about the needs of my child for years. And if you are offended by this, why don't you break contact with me altogether. Imagine my frustration, and the frustration of my child. Always the last on the list, always a problem, always unfit for your plans, your visions of society and the system, always forgotten.

And while you'll be sending your kids to school on Monday, the 150 kids with disabilities will have to remain in their homes, again. Once the suffering has started, there's no end to suffering.