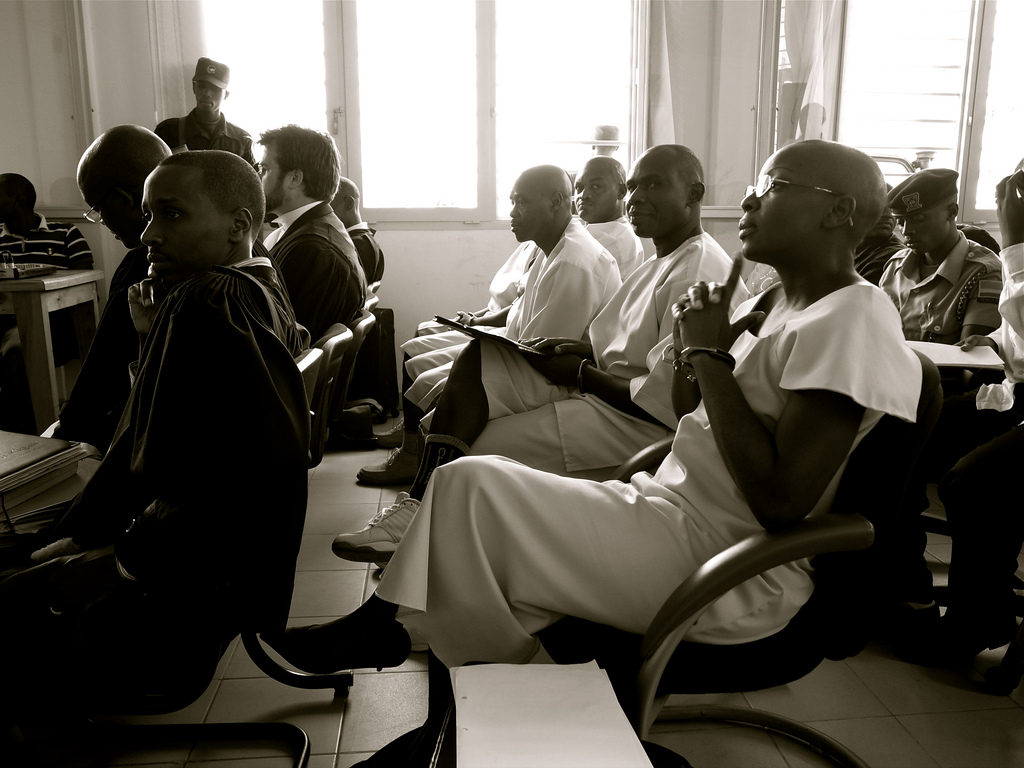 In 2015, Rwandan president Paul Kagame oversaw constitutional reforms allowing him to run for a third term in office, effectively ensuring his role as president until 2034. Under Kagame's leadership, Rwanda has transformed itself from a haunted nation with a genocidal past to one of modernity and development.

However, Rwanda's notable transformation has come with the high price of sustained repression of human rights and freedom of expression. A 2017 report by Human Rights Watch on Rwanda reveals an abysmal pattern of debilitating free speech and political pluralism along with extrajudicial executions, arbitrary detention, ill-treatment and torture of citizens.

Two women who both challenged Kagame as opposition candidates in presidential elections, Victorie Ingabire and Diane Rwigara, are now in prison for what many say are trumped-up charges to silence opposition voices:

2010, Victoria Ingabure (1st pic) wanted to run for Presidency of Rwanda as sole opposition candidate to DICTATOR @PaulKagame, she was arrested, jailed for 15yrs. 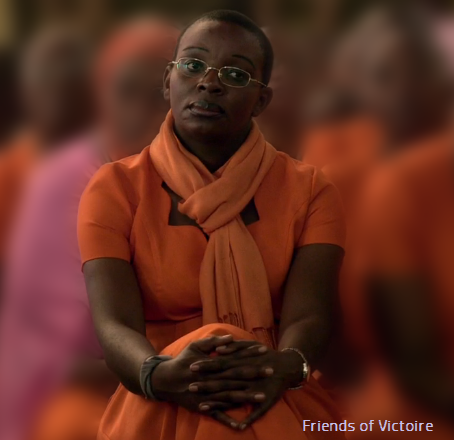 Victoire Ingabire. Photo used with permission from Friends of Victoire.

Victoire Ingabire returned to Rwanda from the Netherlands (where she resided for 16 years) in January 2010 to contend in the 2010 presidential elections.

That same year, Ingabire served as the President of the United Democratic Forces (FDU-Inkingi) in Rwanda.

Her crime, according to Friends of Victoire, began with her speech in Kigali's Genocide Memorial Centre:

On 16 January 2010, her first day in the country after 16 years abroad, she made a speech at the Genocide Memorial Centre in the capital, Kigali, and laid a remembrance wreath. Her speech, which referred to problems with reconciliation and ethnic violence, addressed issues that are rarely discussed openly in Rwanda. Victoire Ingabire was arrested in April 2010. She was bailed on house arrest and prevented from leaving Kigali. She was subsequently re-arrested on 14 October 2010 and was remanded in pre-trial detention.

Between 1994-1995, Rwanda suffered a genocide during which ethnic Hutu and Tutsi people engaged in mass slaughtering, spurred on by Hutu nationalists. Nearly 800,000 mostly Tutsi people were slaughtered within a year's time. The Twa people, an indigenous community, also lost nearly a third of its population.

As a result of the genocide, nearly two million Rwandans, mostly ethnic Hutu, fled to the Democratic Republic of the Congo (DRC) seeking refuge from the violence. Kagame's invasion into the DRC with the Tutsi-led Rwandan Defense Forces prompted atrocities mostly targeting thousands of ethnic Hutu.

Rwanda has enacted a number of laws proscribing “genocide ideology”, “genocide minimisation” and “negationism,” but Amnesty International asserts that these are “vague laws that pose unnecessary restrictions on people’s freedom of expression.”

When Ingabire, an ethnic Hutu, asked why there was no memorial for the moderate Hutus also killed in the genocide, stating “her brother was one of them,” she was perceived as a “genocide denier” and was subsequently barred from running in the 2010 presidential elections. In 2013, the Rwandan Supreme Court handed her a fifteen-year jail term for:

…threatening state security and ‘belittling’ the 1994 genocide. The Supreme Court also pronounced her guilty of spreading rumors intended to incite people to revolt — charges on which she had earlier been cleared.

On November 24, 2017, the African Court on Human and Peoples’ Rights (AfCHPR) ruled that Rwanda violated Victoire Ingabire's right to freedom of opinion and expression, as well as her right to an adequate defense. The court maintained that the state violated various aspects of her rights:

Ingabire’s right to various aspects of her defense and to freely express her opinions within the law. The judges found that Ingabire had not minimized the genocide against Tutsis and had not spread false rumors about the government, charges that were central to Ingabire’s conviction by Rwandan courts.

Rwandan businesswoman Diane Shima Rwigara ran as an independent candidate in the 2017 Rwandan presidential elections. Her father, Assinapol Rwigara, was a major financier of Kagame's Rwandan Patriotic Front in the 1990s, and in 2015, he was killed in what his daughter described as an assassination. Police claim he died in a car crash.

Rwigara's decision to run against Kagame was lauded as ‘shattering a glass ceiling’. However, she was soon slandered with the release of nude pictures shared on social media. Rwigara stated that these images were fabricated to silence her.

The Rwandan Electoral Commission delivered the last blow to her ambition with disqualification papers, accusing Rwigara of doctoring the required number of signatures needed to run against Kagame in the elections. She was further accused of submitting names of the deceased, which she denied.

In an op-ed published in The Washington Post, Rwigara asserts: 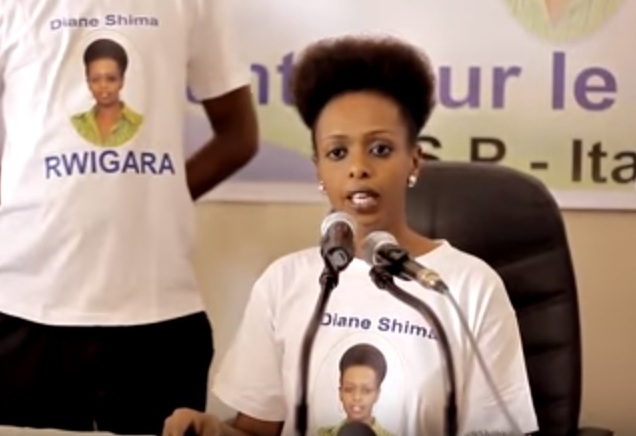 It’s no longer news that I have been disqualified as a candidate in Rwanda’s presidential election. Unfortunately, Rwandans will not see my name on their polling cards when they go to vote on Aug. 4. President Paul Kagame will eventually be crowned as an undisputed king of Rwanda and will continue to rule the country in a climate of fear and lack of fundamental freedoms. By extending his 23 years in power, Kagame is denying Rwandans an opportunity to experience the first-ever peaceful transition of power in their country.

Rwigara was arrested last year on charges of “incitement and fraud” and sent to prison for 20 years. Her assets were forcefully confiscated and auctioned by Kagame. Members of her family were also sent to jail for tax evasion and several of her supporters reported harassment:

Rwandans have experienced sustained economic growth of about eight percent between 2001-2014, according to the World Economic Forum. The percentage of Rwandans living below the poverty line has fallen from 57 percent in 2005 to 45 percent in 2010. And Kagame has positioned Rwanda as the world's leader in terms of the highest number of women in parliament.

However, ReportsAfrique argues that Kagame's “high handedness against political opponents may undermine that seeming good name that he has built for himself.”

Kagame's authoritarian side is cleverly concealed from tourists and international aid donors. Running a well-oiled public relations machinery, he is also known as Rwanda's benevolent dictator. 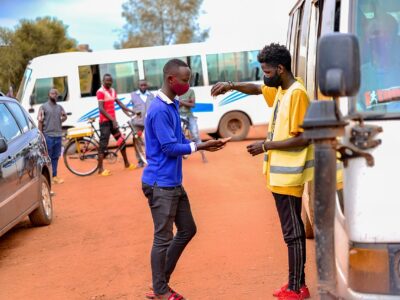