For most Sri Lankans, bribery is just a fact of life 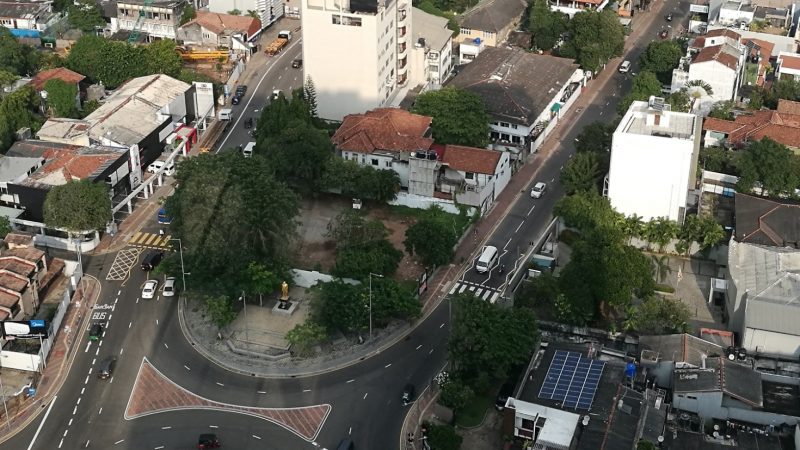 This post is a compilation of three posts (1, 2, 3) by Groundviews, an award-winning citizen journalism website from Sri Lanka. The version below is published as part of a content-sharing agreement with Global Voices.

Debates around corruption have once again taken center stage in Sri Lanka since the government's establishment, on August 21, of a Special High Court dedicated exclusively to hear such cases.

While the court has heard two high-profile cases so far (one of them involving the former Defence Secretary), some took the opportunity to remember how corruption remains ingrained in the daily life of ordinary citizens — who rarely mull over the Rs 1000 (US$6) slipped to a policeman during a routine traffic stop.

In a video recently published by the local online media outlet W NOW, Sri Lankans reflected on their own encounters with corrupt officials, including their own (willing or unwilling) participation through paying bribes.

In 2017, the Commission to Investigate Allegations of Bribery and Corruption (CIABOC) received over 2000 complaints, but only 62 of them ended up going to court. Forty-two of those were related to bribes.

In October 2017, Groundviews asked its readers two questions: What did the word corruption mean to them? Did people recognize their own complicity in corruption when, for instance, paying a bribe? The responses, compiled across the cities of Jaffna, Ampara, Colombo, Deniyaya, and Maskeliya, showcased the many forms corruption can take.

In some instances, there was resignation, even a certain wry acknowledgment of complicity. In others, there was fear, reticence or anger. Here are some of the responses that Groundviews received in the northern city of Jaffna. Names have been omitted at the sources’ request.

This government is indifferent. Corruption is well-organized and done in a covert way. Recently, funds were allocated to rebuild the structures of the market… but up until now, this money has not reached the common Jaffna man.

Corruption is an on-going issue here. If someone hits a pedestrian on the road with their motorbike, he will go into remand. Two or three months later he’ll be released because he paid a bribe. Even those who kill people will be released. Innocent people are not safe on the road.

In the capital Colombo, respondents highlighted how the police seem to target poor citizens in their quest for bribe money.

I see the police chasing away innocent people. How can people make an honest living when they do this? Even I make only Rs. 300 (US$2) a day when I sell lottery tickets. I too am struggling and sometimes get harassed by police. At times, when homeless people sleep on the road, the police comes and take them away. They haven’t done anything wrong. If someone commits a crime, then certainly they should be in jail. But these people are innocent people who have fallen on hard times. Isn’t this a type of corruption?

Yes, corruption is a problem, especially at a government level. As a three-wheeler driver, I can say the police are corrupt too. They stop us even if we haven’t committed an offense and ask for a bribe. We have to pay bribes even to get our licenses. Everywhere it’s the same. We know that it’s wrong, but we do it. If someone tells us we can pay Rs. 500 (Us$3) to get some task done, then we just do it. That’s the way this country is.

Corruption is prevalent in Sri Lankan's public schools too. Despite being free, many people report having to disburse significant “donations” to secure places for their children, as the testimony of S. Rita, an estate worker from Maskeliya, reveals:

Often, I only have about Rs. 4,000 (US$25) or Rs. 5,000 (US$31) remaining from my salary at the end of the month. I have to make do with this to somehow pay off school expenses. Meanwhile, everyone talks about free education, but you still have to make donations, to get your child into school.

In August 2017, Groundviews hosted a Twitter chat about corruption with the hashtag #anticorruptlka. The participants spoke about how deeply corruption was embedded into everyday state bureaucracy:

Driving license is organized corruption. Driving school fees include the bribe and there is a flat rate per license.

At one time medical certificates for driving license were on sale for RS.100 outside RMV.

While the initial reaction of most people is to point an accusatory finger at the government, a little conversation (and introspection) had some admitting their own complicity in the system.

The variety of perspectives and experiences bears witness to how pervasive corruption is across Sri Lanka, and how normalized it has become for all its citizens, rich or poor.